Will Scarlet: Alice, Alice, we have to get out of here right bloody now. Alice?
Alice: Who's Alice?

"Who's Alice" is the sixth episode of ABC's Once Upon a Time in Wonderland. It was written by Jerome Schwartz, and directed by Ron Underwood. It premiered on November 21, 2013.

Jafar pays a visit to the Asylum and Dr. Lydgate to uncover information about Alice, while in Wonderland, Alice heads to the Black Forest on her quest. Meanwhile, the Knave is awakened by magic with the help of an unlikely ally and he goes in search of Alice only to find her in terrible danger, and Cyrus does his best to evade the Red Queen. In flashback, Alice returns to Victorian England and her father after losing Cyrus.[2]

The elderly prisoner tells the Red Queen that she'll never capture his former cellmate for he carries with him the greatest power of all: true love. Cyrus climbs down the rocky wall outside Jafar's castle. He sees the glow of an amulet in the distance. He knows this is Alice, who runs into two strangers blocking her way. They are demanding her necklace as a toll. That's not going to happen. Alice draws her sword. She takes down the thieves with relative ease. They had no idea who they were threatening. Alice speaks aloud to amulet saying she lost it once. She's not about to let that happen again.

Alice makes her way into the Black Forest. The place is filled with ominous warning signs to turn back. Alice is afraid, but she presses forward with the torch she swiped from the thieves. Strange noises are heard during the journey. Alice's flame goes out, but it happens just as she makes it through to the other side. A flower shoots a lavender mist at her. This makes Alice feel quite good. She's startled when a man with a saw appears before her. He identifies himself as the Carpenter.

Alice's thoughts are suddenly quite scattered. Something is off. She suddenly believes that it would be okay to stay exactly where she is. The Knave of Hearts runs into the two thieves who tried to rob Alice. He learns she's headed into the Black Forest. After also being sprayed with lavender mist, the Knave is reunited with Alice. He sees the carpenter staring at them. He knows something is wrong. Alice seems to have put her desire to save Cyrus on hold. He demands answers from the Carpenter, who turns into a tree-like creature before his very eyes.

The Knave notices all the trees in the area have faces. He realizes they used to be people. This is what happens to those who stay in this place. The Knave pleads with Alice to leave. His words fall on deaf ears as Alice no longer knows who she is. She violently swings her sword at the Knave insisting she's happy. It's not real happiness though. Vines begin to overtake Alice. The Knave knows that the only way he can get Alice to come with him is if she wants to go. That's going to be difficult since she believes she's finally found a home.

We jump back one year ago to a time when Alice returns to England. She meets a little girl, Millie, who is actually her half sister. Her father, Edwin, got remarried to Sarah. Alice is overwhelmed at the sight of her new family. Her father says she can not mention Wonderland or genies any longer if she wants to stay. He wants her to try to fit in. She agrees only because she has nowhere else to go. Sarah wants to help Alice meet a suitable young man so she can move on with her life. She sets up a tea with the son of Mrs. Darcy who lives down the road. Alice simply isn't ready for something like this.

Edwin and Sarah are angered when they catch Alice telling Millie stories of Wonderland. The next morning, Mrs. Darcy's son pops by for breakfast. Alice knows this is all Sarah's doing. She lets her father know that this woman doesn't make him truly happy like his mother did. She can't just throw away her love for Cyrus like that. Edwin offers the choice of letting Sarah find her a husband or check in to a hospital. A saddened Alice watches her new family disappear as she is taken off in a carriage to Bethlam Asylum.

In present day Wonderland, the Knave desperately tries to convince Alice that she'll never truly be happy without Cyrus. He's attacked by vines as he does this but manages to toss the amulet into his friend's hand. This causes a flood of memories to come rushing back to Alice. She snaps out of her hypnotic state to cut away the vines that surround her. Alice learns that the reason the Knave wasn't affected like she was is because he never put his heart back after Anastasia broke it. He got used to the emptiness.

Cyrus comes to a dead end in his escape run. The Red Queen appears behind him to let him see that he's just come the outskirts of a castle floating in the sky. The drop is a long way down. The Red Queen tries to tell him that sometimes love is not enough. Cyrus disagrees. That's why he jumps off the edge of the floating island.

Jafar arrives at Bethlam Asylum. He swipes a suit so he can look the part of a doctor. Jafar freaks out Dr. Lydgate by showing him the White Rabbit. It's his way of scaring the good doctor into revealing everything he knows about Alice. A short time later, Jafar shows up at Edwin's house. He knows where his daughter went after she escaped the asylum. He promises he can take him to Alice. 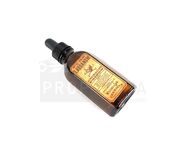 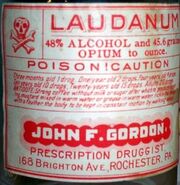 FROM
THE LABORATORY OF
Westlake & Son
CHEMISTS
Plymouth, England 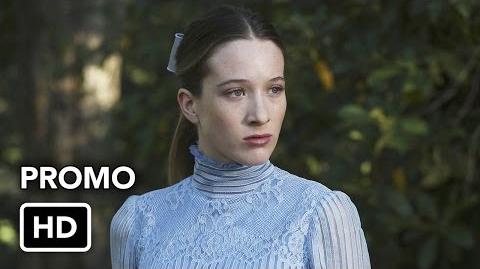 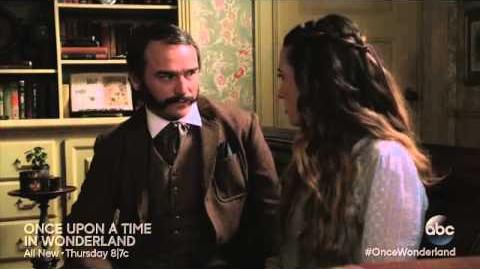