View source
watch 02:07
Spider-Man: No Way Home Trailer Dropped - The Loop
Do you like this video?
Play Sound

I'm getting calls from all over. It's a town-wide blackout.

"White Out" is the second episode of Season Four of ABC's Once Upon a Time. It was written by Jane Espenson and directed by Ron Underwood. It is the sixty-eighth episode of the series overall, and premiered on October 5, 2014.

While desperately trying to find her sister Anna, Elsa is startled by Emma and accidentally traps them both inside an ice cave, with the frozen temperature placing Emma's life in peril. Regina, depressed over her likely breakup with Robin Hood, secludes herself away from the town and Henry, which saddens her son. And with the townspeople considering Mary Margaret their leader, she faces her first leadership task in trying to restart a generator and restore the town's electricity after Elsa freezes and damages the power lines. Meanwhile, in the Enchanted Forest of the past, Anna tries to teach a meek David to fight Bo Peep, a brutal warlord who is threatening to take his and his mother's farm away if they don't pay her price.[2]

In a flashback, Anna arrives to Misthaven and knocks on a door of a house. A younger David answers and asks if he can help her. Anna inquires if his name is David, and when he affirms it is, she explains having gotten his name from an old friend of his from Arendelle. David immediately recognizes she is talking about Kristoff and curiously wonders if she knows him as well. A puzzled Anna asks why he thinks it's Kristoff, to which David remarks that Kristoff is the only person he knows from Arendelle. This surprises her, as she notes out loud that it's hard to be on a secret mission when she doesn't have all the facts. David wants to know what the mission is, and Anna answers that she already told him what it was; secret. She says to David that Kristoff said she could trust him, just not with the mission. David accepts this and then asks for her name. He can tell she is lying, to which she explains giving a false name for his safety. David then assumes she must be wanted for a crime, but she reiterate her prior reason for using a false name.

Starting over, Anna asks if she can sleep in his barn for the night. David agrees, and then comments, "Anything for Kristoff's fiancé", leaving Anna looking at him stunned. He gestures to the ring on her finger as to how he figured it out. Anna gives a nervous chuckle. David congratulates her on getting engaged and jokes that he'll likely find out her real name at the wedding. As he gestures her to the back of the farm where the barn is, David's expression turns grim upon hearing approaching horses in the distance. He tells her to get inside before things go bad, but she instead turns to look at who has arrived. A carriage rides up to the house, carrying a woman. Anna asks who that is, and David ominously states it's someone that shouldn't be messed with. As Anna looks at David, he says people call the woman Bo Peep.

Shifting to present-day Storybrooke, inside Mary Margaret's loft, baby Neal coos in the background as his crib shows a hanging mobile of sheep. Mary Margaret, who is cradling her son nearby, prepares to put him down in the crib, as she remarks that she'll see him again in three hours when he has his "midnight shrieking". As she finishes putting Neal to bed, Henry appears at the crib, asking her what babies dream about. David, passing Emma in the opposite direction, says bullfighting, while she says laser tag. Mary Margaret insists that's not true. Henry chuckles and states they are joking. Clearly exhausted, Mary Margaret gives a sigh, remarking that she'll see the humor again when Neal is three and she's had some sleep, before heading for a chair to rest in.

While training him through sword fighting, Anna encourages David to resist becoming Bo Peep's slave and a coward. David then explains to Anna childhood memories of his father's alcoholism and constant disappearing until he overdosed. The next day, David finds Anna missing; Bo Peep has branded her with her shepherd's crook. Bo Peep intimidates David after the deadline for his dues are up; then, using the fighting skills he learned from Anna, David defeats Bo and her guards. David grabs her crook and finds Anna in a barn. He then thanks Anna for helping him fight and encouraging him to live his own life.

Afterwards, Anna asks Ruth about the magic in the land. Ruth tells her of a dangerous wizard who might be able to help her in her quest for magic, and that she will write down the name for her. David then gives Anna his prized horse as a token of his appreciation. Riding away, Anna reads the name aloud, which is revealed to be Rumplestiltskin. After Anna says his name, it is revealed that Rumplestiltskin is watching her through his crystal ball from his castle.

In Storybrooke, While trying to find her sister Anna, Elsa traps the exit from Storybrooke by a giant ice wall which cuts power to the town. Emma Swan, David, and Killian go to investigate the wall, while the townspeople rely on Mary Margaret to lead them, since Regina has isolated herself from everyone — which worries her son Henry. Emma meets Elsa and tries talking to her; but Elsa is soon startled by David and Hook, and she blocks them off by forming a thick ice wall between them, trapping her and Emma.

Elsa then gives Emma an ultimatum: either give her Anna, or stay in the ice cave and risk having Storybrooke frozen over. Emma then realizes that Elsa is not in control of her powers; she begins to relate to her by telling her that she has magic as well. While trying to present her powers (after explaining her history), Emma begins to freeze. Elsa apologizes for trapping her; Emma then falls unconscious.

David and Hook ask Mr. Gold for assistance in saving Emma; it is at Gold's shop that David finds out who Anna is. David and Hook then interrogate Bo Peep, now a butcher and owner of a meat shop called "The Chop Shop." As Bo Peep is about to use her cleaver to chop off David as revenge for defeating her back in their previous lives, Hook clutches on to her hand she was using the cleaver with. Hook finds her crook, and hopes to use it to find Anna. Hook then gets a message from the walkie-talkie that Emma is freezing to death. David then tells Elsa that they have a way of finding Anna. David tells Elsa that despite her being able to survive the cold, she has to live more than she already is: alone. Elsa then finds the strength to control her powers and breach the ice wall. Afterwards, David promises Elsa that they will find Anna, using Bo's crook. Through the crook, they can hear a heartbeat, indicating that although they do not know where Anna is, she is in fact alive.

Elsewhere, Leroy, Happy and Granny constantly nag Mary Margaret to help restart the power, to which she finally tells them to leave her alone, as she is already struggling as a new mother. Despite her anger and stress, she continues to try and fix the power by herself. She manages to restart it by starting up a backup fuel supply line.

Later, Henry knocks on Regina's door. Inside the house, she hears the knock, but stands a short distance away from the door, not answering it. To this, Henry begins shouting from his side of the door, professing that he will not give up on her even if she tries to shut him out. She finally answers the door and embraces her son.

"You did this," Emma points out as she and Elsa stand before the ice wall on the edge of Storybrooke. The Savior comments that the Ice Queen might not be able to control it, but it's amazing and unique. Emma remembers Elsa said she was the only one with that kind of power. Elsa answers that that's best for everyone. Emma replies that it's best for her too because this is "cool". She turns to Elsa and says, "Pun intended." Elsa makes clear there is no need for a barrier anymore and prepares to take it down. She makes use of the same magic she did before when she tried to save Emma, but it doesn't work this time. Elsa wonders why she can't take it down, since she's the only person with that kind of power. Emma then wonders as well what's keeping it up...

It is then revealed that another woman with ice magic is in Storybrooke, working at an ice-cream shop.

This scene was released on the website of ABC News.

Regina is sitting in her house when she hears knocking on the door. Despite telling the person to go away, the person breaks in, revealing Mary Margaret. Regina claims that Prince Neal's pushchair through her off and made her forget that Mary Margaret used to be a bandit. After she discovers that Regina didn't cause the blackout, she attempts to get help from Regina. However, Regina claims that because Snow White was the one to cast the second curse, she should become Mayor as that's how it worked for Regina. As Mary Margret goes to leave after Regina attempts to encourage her, Regina asks how Henry is. Mary Margaret reveals that Henry is upset at Regina for distancing herself but Regina claims that it should just be temporary. Mary Margaret tells Regina that temporary can seem like for ever for children before leaving.[3]

Belle and Mr. Gold enter the shop to discover it has been broken into. Before discussing who could have done it, Henry reveals himself. Belle leaves the room so Henry and Mr. Gold can talk about why Henry is there. Henry claims that he wants his false memories back because Regina is excluding him. Mr. Gold refuses, telling Henry that having both good memories and bad memories are what make a person who they are. He also tells Henry that he has both the blood of the Dark One and the blood of the savior running through him so he shouldn't give up. As Henry goes to leave the shop, Mr. Gold tells him that he needs to pay for the lock to which Henry tells him that it was broken when he got there.[4]

A scene/segment with a Ruffian was deleted from the episode. However, the actor is still listed in the press release.

Nice vintage condition. Attachment ring is not
sterling with some wear and light corrosion. 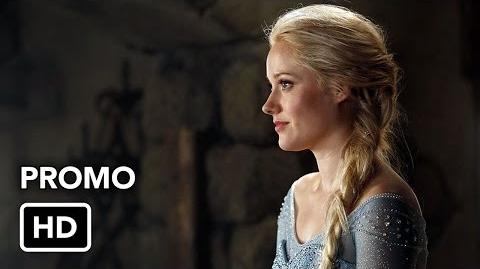 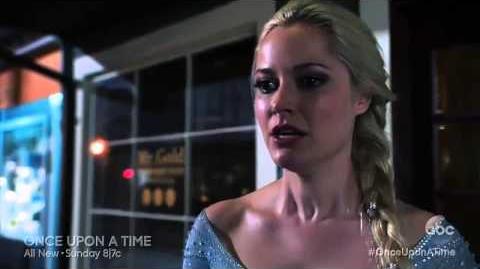 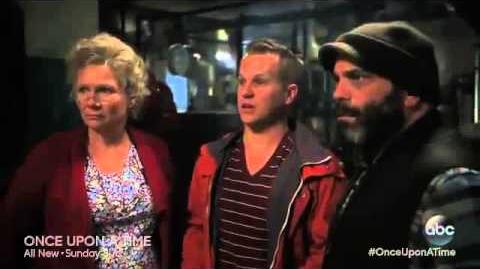 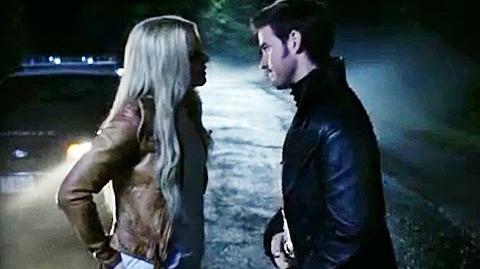 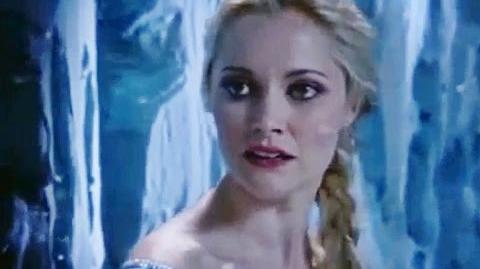