"What Happened to Frederick"

"What Happened to Frederick"

My heart also belongs to another. A man I was once to wed. A man named Frederick.

With their love for each other growing stronger, David finally agrees to tell Kathryn about his relationship with Mary Margaret and put an end to his loveless marriage. Meanwhile, in the fairytale land that was, while runaway groom Prince Charming searches for Snow White, he agrees to aid Abigail on a dangerous mission to recover something precious that was lost to her.[1]

In the former Enchanted Forest, Abigail meets with King George. The king tells one of his knights to "find him." We then see Prince Charming riding through the forest on horseback, while knights pursue him. He successfully hides from George's men, but the moment he turns to go another pair of men kidnap him. It is shown later that Abigail is responsible for this. She tells him that she knows of his love for Snow White, and that she has no feelings for him either. She asks him to do something for her.

In Storybrooke, David and Kathryn Nolan are having dinner when she tells him that she has applied to law school. She has been accepted, but the school is in Boston. Kathryn suggests that this could be a fresh start for both of them, but he makes the excuse of going to get some air and leaves. Mary Margaret Blanchard meets David. She asks him why they must keep lying to Kathryn and says that they should tell her about them. He does not want to hurt her, but she tells him that the only way that no one will be hurt is if they are not together. He says that he chooses her, and Mary Margaret tells him then he needs to tell Kathryn the truth.

The Stranger and Emma Swan bump into each other, and he asks her out for the drink. Emma asks him what his name is, he claims his name is August Booth. August wants to meet Emma outside of Granny's later. Mary Margaret tells Emma about her relationship with David, as they chat inside. David and Kathryn talk, and he tells her that he can't go to Boston. He breaks up with her, but fails to mention Mary Margaret.

Abigail tells Prince Charming that she loves someone else as well. He tells her about what Snow White said to him. Abigail takes him to see a golden statue, which he thinks is a representation of the man. In actuality it is Frederick her lost love. He was turned into gold by Midas' power, when he saved the King's life. Abigail has tried breaking the curse many times, by means of true love's kiss. She tells him of Lake Nostos, where the waters are said to be able to bring back something you have lost. He agrees to go to the lake to help her, though she warns him that it is protected by a guardian and no one has ever returned.

August is seen dipping the pages from Henry's book into an unknown liquid and then hanging them up to dry. He then takes pages which are either new or already dry and places them into the book.

Regina gives the present of a handheld game to Henry, apologizing for destroying his book. Kathryn walks in and, after Henry leaves, she confides in Regina that David is leaving her. Regina tells her that David and Mary Margaret have been having an affair. She shows Kathryn photos of them together, which Sidney took. David is looking through photos and calls Mary Margaret to tell her about himself and Kathryn. Kathryn shows up at the school and in front of a crowd of people confronts Mary Margaret and slaps her. Kathryn reveals that she knows about the affair even though David had not told her. When Kathryn goes, she leaves a very hurt and confused Mary Margaret.

Abigail shows Prince Charming a shrine, where men asking for the guardian's mercy leave peace offerings. Prince Charming goes to collect water from the lake the Siren guards. She appears to him as a beautiful unarmed woman. The Siren tries to seduce Prince Charming, but fails as his heart belongs to Snow. She then takes on the appearance of Snow White. He tries to tell himself that it is just an illusion, but he kisses her and drops his sword. She leads him out into the water, but he is still fighting her influence as she kisses him again. The Siren's effect fails and he is pulling away from her, so she does not get a good grip, as she grabs and tries to drown him. The Siren is almost successful, but he finds a dagger belonging to one of the many skeletons that litter the lakebed and he uses it to stab her.

August and Emma meet, when he picks her up and brings her out to an old well. He tells her that the water in the well is magical and will return something that they have lost and proceeds to tell Emma to have a little faith. Mary Margaret is walking down the street, and many people are avoiding her. She bumps into Granny who tells her that she should be ashamed of herself. Mary Margaret runs into David as he is washing the word tramp off of her car. She asks him why he never told Kathryn the truth, to which he replies that he did not want anyone to get hurt. She tells him that they are not in love, but what they have is destructive and needs to stop, so she breaks up with him.

Emma is brushing leafs off of her car, when she finds a red metal box in the street gutter. Inside it holds Henry's book. August is seen looking at her from around the corner. Kathryn goes to see Regina to apologize for what she said. Kathryn admits that she and David were never in love and that she has never been in love. Kathryn says that she is moving to Boston alone, and tells Regina that she wrote a letter telling David and Mary Margaret to be together, which upsets Regina's plans to keep them apart.

Henry is sitting outside, when Emma sits down next to him. Emma gives him the book. Henry sees the book coming back as a sign that things are going to get better. Emma finds an upset Mary Margaret laying in bed. Emma lays down with her so they can talk. Regina opens her desk showing a can of spray paint and the letter addressed to David. Regina takes a lighter and burns the letter. Kathryn is leaving Storybrooke when she gets into an accident. The gym teacher finds her car, only to see it abandoned.

David meets up with Mary Margaret as she's leaving the diner. The couple walk down the street and engage in a chat. David goes in for a kiss, but Mary Margaret backs away from his attempt.[3]

One element of this scene was kept for the episode: One of the photographs that Regina shows to Kathryn, the one where David kisses Mary Margaret,[4] is taken from this scene.[3]

Emma is sitting by a table outside Granny's Diner, reading a magazine, when Granny comes over and talks to her. The scene can be seen in a promotional photo for the episode.[5]

Emma exits the police car and meets Archie outside The Rabbit Hole as he's taking Pongo for a walk. The scene can be seen in promotional pictures for the episode.[6]

According to Raphael Sbarge, the scene was deleted due to the episode being too long.[7]

For centuries, local legend has claimed
that mystical waters run beneath this great
land. It is said that these waters possess
the power to return that which is lost to its
rightful place. If you have lost something
precious to you, drink from this well and
bear witness to this miracle as what is
missing shall be returned. 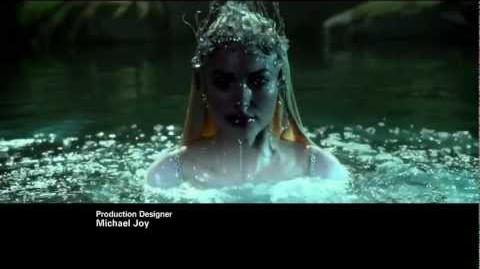 1x13 - What Happened to Frederick - Promo 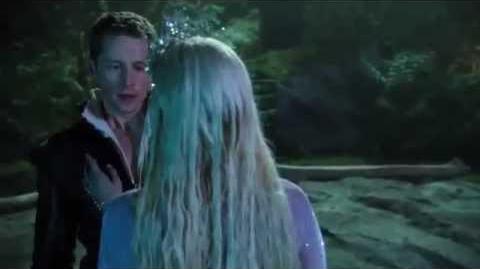 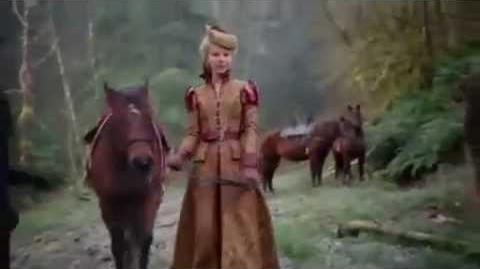 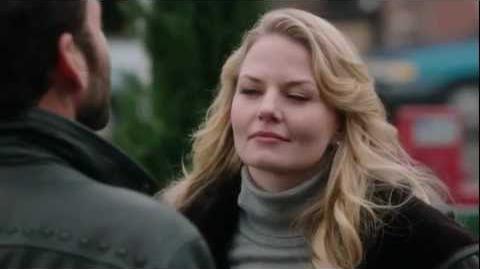 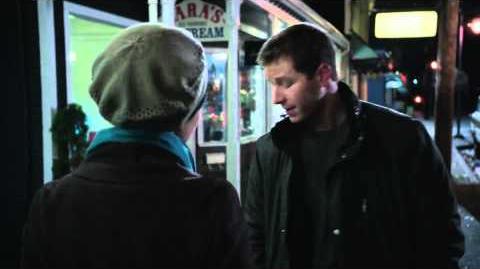 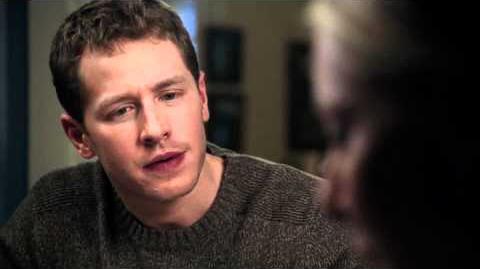