"Wake Up Call" is the sixth episode of Season Seven of ABC's Once Upon a Time. It was written by Jerome Schwartz & Jane Espenson, and directed by Sharat Raju. It is the one hundred and thirty-ninth episode of the series overall, and premiered on November 10, 2017.

Feeling like a third wheel as Henry and Cinderella's relationship strengthens, Regina is surprised to find herself needed by Drizella, who is searching for magic. But when a brutal truth is revealed, it could lead Drizella down a dangerous path. In Hyperion Heights, Roni seeks Weaver's help in finding answers, and Tilly offers Rogers some intriguing advice concerning Eloise Gardener.[2]

A scene between Drizella and Regina, where Drizella makes a flower bloom with her magic, was cut from the final episode. However, the scene can still be seen in promotional photos.[3] 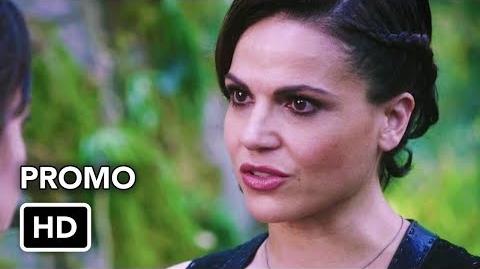 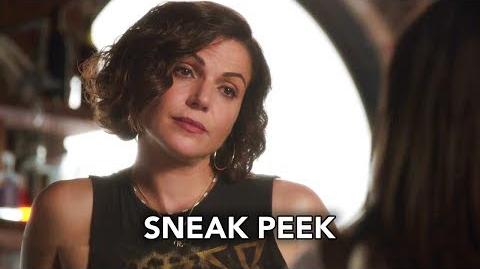 Regina Wakes Up - Once Upon A Time