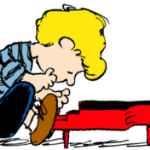 ”
—Its funnier without context
“

Here I am, about to turn 30, and I've sacrificed everything only to be shanghaied by the bi-curious machinations of a cabal of doughy, misshapen teens.

Cast Members in Every Season

The Main Cast & Characters by how many eps they Aren't In

* this guideline is based on number of episodes but this character is book only, however they fit this qualification in plural chapters, which is how appearances are divided up for books

WORK IN PROGRESS So I feel like listing all the centrics and adding data and whatever to them, so here it is. One note, centric doesn't necessarily mean backstory, although those help, many partial Emma centric completely lack backstory for her due to her lack of flashback potential, but that doesn't mean they don't focus on her. Might add some math and fractions to deal with partial centrics, idk.

Once Upon a High School: The Musical: The Series

Dumb thing me and Nick came up with in the discord.

Retrieved from "https://onceuponatime.fandom.com/wiki/User:Schroeswald?oldid=911562"
Community content is available under CC-BY-SA unless otherwise noted.