Hello everyone! My name is Ruben, I'm in my twenties and I love everything of Once Upon a Time, it's my favorite serie of all time! If you wanna know something about me, just leave a message on my message wall or talk to me in chat. :)
Have a happy day!

The Queen may be Evil, but I'm Wicked. And Wicked always wins. 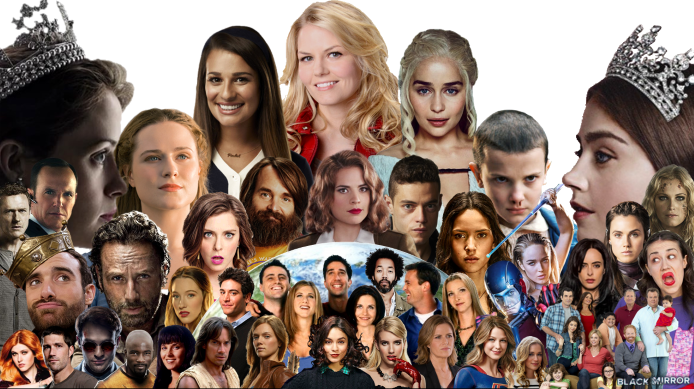 I know that there's only one option xD.

Why is she pregnant and I'm the one who's sick?

You said no magic!

You said you could keep a secret! 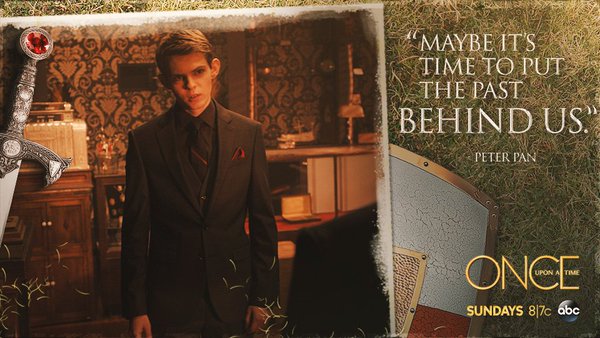 Once upon a time, there was a boy, abandoned by his mother and couldn't be raised by his father, Zeus, who ruled Mount Olympus, and could only watch his son from above. After the mother left the boy, he was taken by a cyclone to another world. Time passed, and the Demigod grew up, and eventually ruled his own kingdom. The Demigod didn't know, but he was an Evil King who made terrible decisions. One day, he shrunk all his people, painted them blue and played with them as toys. The Smurfs, that's how the Demigod called his people, decided to help their King and explained him the difference between good and evil. That's when he realised he was an Evil King his whole life. From that day forward he tried to be good but that wasn't easy with the darkness still inside him - always trying to get out and make bad decisions again. The Demigod decided to go on a journey and leave his kingdom which kept reminding him to his past. He didn't need his castle anymore, so he sold it to a man, and gave the money - finally as a Good King - to the poor.

The Demigod went to the nearest harbor, hoping to find passage on a ship. There, he met the Viking Queen who had lips red as blood, hair black as the night and skin white as snow. She was the daughter of the famous Captain Cook and traveled to many worlds to fly through the sky and take lots of pictures. Not only was her ship able to fly and cross worlds thanks to the Pegasus sail, but the Viking Queen could also fly all by herself because she was able to turn into a pink dragon. After learning that she and the Demigod shared the common hobby of photography when she saw him taking pictures of a swan at the harbor, the Viking Queen agreed to take him with her. She warned him that they only serve ovo-lacto veggie food on her ship, with the exception of the Queen's loyal pet, a wolf with ice powers, who was allowed to eat meat. The Demigod agreed nonetheless and the ship, powered by the Pegasus feathers, lifted up from the ocean and into the sky. The Demigod asked which world they where headed, to which the Viking Queen replied that it was her homeworld. She explained that she ruled there in the North and her rival, known as the Evil Queen, ruled in the center.

The Evil Queen lived in a purple palace filled with chocolate and alcohol. She wanted only one thing - to be the most evil of them all. She succeeded in that job, even vampires, or the Queens of Darkness from other universes were no match for the Evil Queen. Each day, the Queen approaches her Magic Mirror and asks, "Mirror, mirror on the wall... who is the most evil of them all?" Every day, the Mirror would respond, saying that she is the most evil. To practice her evil skills, the Queen and her husband, the Valet, a movie star, depart each day at 12:30 to hunt trolls and other living beings. The Queen's invisible robot protects the palace from thiefs and dark dudes who try to sneak into the palace to drink from the Queen's alcohol fountains. Only once, a woman named Cruella successfully intruded the palace and drank from the fountains, though she drowned eventually. The Queen's robot also prevents her daughter, the Princess, from leaving the Palace. But when the cat is away, the mice will come out to play.

The Princess was a beautiful lady, but she's as evil as her mother, and no guard, nor the Magic Mirror dare to tell it to the Evil Queen, who wants to be the most evil of them all. With her parents absent, the Princess is the Evil Ruler of the purple palace. She doesn't like to be locked up, so she will often try to escape, though never succeeds, due to the invisible robot. In the purple palace, the Magic Mirror is the Princess's best friend. He is her eyes and ears. Thanks to the Mirror, she always knows the latest news - some people even call the Princess "the News Girl". One day, the Princess went to the dungeons to bring her personal slave back to his prison. In one of the other prisons, 2 brothers, Kung and Jacob, were having fun playing Kingdom Hearts. The Princess could play with her slave, but she never had any family to play with. She got jealous and asked, "Mirror, mirror on the wall... who - except my parents, is my closest family of them all?" To which the Mirror replied, "Your mother has a another child, I can't tell who, so finding your sibling, that's up to you."

In the dungeons of the purple palace lived a handsome young man who was - just like the Demigod - abandoned by his mother. When he was still a child, he boarded a viking ship with his father. One day, however, he found his father gone and learned that he sold him into servitude on the ship. A few years later, he lost his hand in a crocodile attack and replaced it with a hook. A few years following the loss of his hand, he met the Evil Queen who sent him on a mission to Wonderland. The Evil Queen enchanted his hook, giving him the ability to use it to remove a heart, and told him to kill the Queen of Hearts and the Prince of Hearts. However, he failed and ended up in the Evil Queen's dungeons. The Princess of the palace chose the boy to be her personal slave. One day, after the Princess brought him back to the dungeons, he started playing piano for Gusey, Jack, the Scarecrow, a Bee and other prisoners, but soon some guards came in to escort the slave back to the Princess. The Princess told her slave that she just discovered that she has a sibling, but that the Magic Mirror won't tell her who it is. Suddenly, the Princess stopped talking, looked around and said that something was wrong. A fierce wind struck, shattered the windows and hurled the Princess and the slave to the ground. The slave asked, "What kind of storm is that?" The Princess replied, "That's no storm, that's my aunt!"