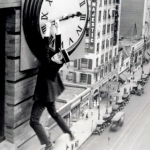 Once upon a time is my favourite TV series. I'm from Germany - so English is not my mother tongue. Feel free to correct any grammar or spelling errors I might make. Thanks to itunes I can still watch the show one day after it aired on ABC.

When I was a child my parents read to me Brothers' Grimm fairytales.  Hans Christian Andersen  is my favorite storyteller. I remember visiting a theater production of The Snow Queen with my brother at the age of 12. Since then, I've delved into Andersen's fairytales.


The Steadfast Tin Soldier and The Little Mermaid are my favorite fairytales written by Andersen.

Once upon a time and OEdystopia

Characters I care about:

Personally, I prefer watching Season 3 B.

I enjoy writing transcripts. I've joined this Wiki's transcript team on July 10th 2014. I spend as much time as possible on expanding, finishing and correcting various transcripts. Writing down a transcript usually takes me seven to ten days. It depends on whether some other hardworking Wiki contributor already has added scenes or not. I'm grateful for any support. Furthermore, it depends on whether the actors and I are well rested. If the actors are not well rested they tend to mumble their words making it more difficult for me to understand them. It's only getting worse, if I'm not well rested, too.
There's no particular reason why I'm currently working on this or that transcript. However, I know from experience that some are easier to write down than others. Personally, I think your favorite episodes are probably the easiest ones to write a transcript for. At least I don't mind watching a scene ten times or more so long as I enjoy the episode. I'm familiar with the show Once upon a time only. I'll concentrate on working on the Once upon a time transcripts.

Retrieved from "https://onceuponatime.fandom.com/wiki/User:OEdystopia?oldid=818286"
Community content is available under CC-BY-SA unless otherwise noted.