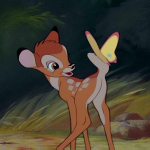 aka Toan, but refer Tony

The most painful way to have your revenge on someone is to forgive them.

The most painful way to despise someone is to erase them from your life.

Hello everyone. I'm a big fan of OUAT. I lost count of how many times I have re-watch the show. I usually watch the the show from the website Cucirca ([1])

Things that I hate about OUAT

Retrieved from "https://onceuponatime.fandom.com/wiki/User:Nguyentoan1998?oldid=848162"
Community content is available under CC-BY-SA unless otherwise noted.