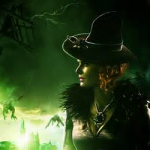 I started watching Once Upon a Time when it first began. I'll admit, at first I really wasn't into it, but then I saw the episode Hat Trick, and ended up binge watching the episodes I had saved on my DVR. I've been obsessed ever since. Like literally obsessed, like to the point where I check this site multiple times a day.

On this show, my absolute favorite character is Zelena. I've been able to understand the character's motivations before, but I really found myself relating to Zelena in my personal life.

Retrieved from "https://onceuponatime.fandom.com/wiki/User:MyPretties?oldid=545603"
Community content is available under CC-BY-SA unless otherwise noted.