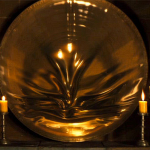 World Behind the Mirror User

I'm FanoftheMagicMirror the name says it all. I'm a huge Magic Mirror fan. I feel that his character is most ignored when it comes to the Snow White story. I have had the privilege of acting the part of the Magic Mirror in a few high school plays and really enjoyed it.

I love Once Upon a Time and Once Upon a Time in Wonderland. When I first heard about it I was really excited to see it. Plus, when I heard Kristin Van Bauer was going to be in this new show I was really excited to watched because I love her in True Blood. At first I believed that she was going to play the Evil Queen but I was wrong but I loved that she played Maleficent. When I watched the Pilot with my brother and father, my father said he liked the cartoon better when he saw Prince Charming kiss Snow White with the Dwarfs around them, which that scene is one of my favorites. Now I'm absolutely hooked on OUAT and I've been watching and buying the seasons religiously.

Retrieved from "https://onceuponatime.fandom.com/wiki/User:FanoftheMagicMirror?oldid=653827"
Community content is available under CC-BY-SA unless otherwise noted.