Gretel: Your compass?
Woodcutter: So you won't get lost. A family always needs to be able to find one another.

Feeling their pain from having lived through the same experience, Emma desperately tries to help two homeless children find their birth father before they're separated and put into the foster care system. Meanwhile, back in the fairytale world that was, the Evil Queen coerces Hansel and Gretel into stealing an important artifact from a blind witch.[1]

In Storybrooke's Dark Star Pharmacy, Henry is reading a comic book. A girl comes up to ask him what he is reading and introduces herself as Ava. Ava and her brother, Nicholas, invite him to hang out with them. Before the trio can leave, Mr. Clark confronts them and accuses Henry of stealing from his store. He denies the accusation, so the older man grabs and opens Henry's bag to reveal the stolen goods inside. Mr. Clark expresses verbal disappointment at Henry's behavior. Not recognizing the other two children, Mr. Clark asks who they are.

In the Enchanted Forest, a woodcutter is chopping down trees. His daughter, Gretel, steps out from behind a stump and asks if she can have an ax to help out. The Woodcutter sends Gretal and her brother, Hansel, to collect some kindling. Before they leave to complete their task, the Woodcutter gives Gretel a compass to keep from getting lost. Together, the two children collect kindling in the forest, and head back to their father. Upon return, he is nowhere to be seen. Hearing the sound of a man's groan, they run in the direction of it, but instead stumble on two men on horseback. Hansel and Gretel are grabbed by them and pushed towards the Evil Queen's carriage.

Back in Storybrooke, Mr. Clark informs Regina that Henry was shoplifting. Doubtful, Regina responds her son would never do anything like that, and leaves the store with Henry. Emma arrives, and questions Ava and Nicholas. Ava claims their home phone number, previously given to Mr. Clark, doesn't work because the bill hasn't been paid yet. She begs Emma not to arrest them as it will make things worse for their parents.

In the Enchanted Forest, the Evil Queen confronts Hansel and Gretel on why they are on her road. They explain the disappearance of their father and are actively searching for him. The Evil Queen orders her guards to seize the children, but before they can do anything, Gretel throws Hansel's bolas at them. She and Hansel attempt to run away, but the Evil Queen uses her magic to fling them to the ground. She promises to assist them in their hunt for their father if they agree to help her out.

Emma drives Ava and Nicholas to their house. On Ava's insistence, she allows them to get out themselves. However, once Emma's car turns a corner, they run to an abandoned building next door. Ava begins to empty the bag full of items that Emma bought them when they hear a noise upstairs. They go to investigate, and run into Emma. She asks them why they lied when they told her that everything was okay at home. She brings Ava and Nicholas to Mary Margaret's loft and feeds them. She talks with Mary Margaret about not wanting to put them into the foster care system. Emma stresses on the fact once they are in it, she has no way of helping them. Ava overhears the conversation, and begs her not to send them away.

Emma goes to an office to view the birth certificates of Ava and Nicholas. A man, who most people call K, asks her to fill out some forms first. Mr. K. walks over to a filing cabinet and looks for the files, but cannot find them. He tells Emma that they were recently checked out by someone else. Emma asks who, and is directed to Regina. Regina informs Emma that she has contacted social services. She also tells Emma that there is no record of their father, so the two of them need help. Regina is sending them to two separate homes, much to Emma's dismay.

In the Enchanted Forest, the Evil Queen is leading Hansel and Gretel to the home of the Blind Witch. She tells them that the Blind Witch has something that belongs to her and that she wants them to get it back. Gretel asks her why she cannot just get it herself, and the Evil Queen replies by telling her that there is a spell that prevents adults from going into the Blind Witch's house. She tells Hansel and Gretel that the house is unique, and no matter how much they are tempted, they should not eat anything. The evil queen then steps back to reveal that the house is made of sweet treats.

Emma is at the Storybrooke Sheriff Department looking at some papers when Henry walks in and tells her that he knows who Ava and Nicholas are. He says that they are Hansel and Gretel. Emma asks if there is anything about their father in it, and Henry says that he abandoned them. Henry then asks Emma to tell him about his father. She tells him that she met him while she was working at a twenty-four hour diner that he used to come into every night and complain that they did not have any pumpkin pie. Emma also tells Henry that he died saving a family from a burning apartment building. Henry asks Emma if she has anything that belonged to his father, and she says no. She leaves the sheriff department, telling Henry that she may know how to find Ava and Nicholas's dad.

Emma goes back to Mary Margaret's apartment takes out a box and shows Ava and Nicholas her baby blanket. She tells them that it is the only thing she has left from her parents, and then asks them if they have anything from their parents. Ava gives Emma the compass that her father gave her before the curse hit.

Emma enters Mr. Gold's pawn shop and asks him if he knows anything about the compass that Ava gave her. He said that someone bought it at his shop, and Emma asks him who. Mr. Gold says that he doesn't remember, but pulls and index card out of some files and tells Emma the name of the man who bought the compass. The note card that he read the name off of was actually blank.

Emma goes to Michael Tillman 's garage and shows him Ava and Nicholas's files. He says that it is not possible that they are his children, but Emma continues to tell him that they are his children. She pulls out the compass that Ava gave her and shows it to Michael, and he admits that it is his, but gives it back to Emma and tells her that he does not know anything about being a dad.

In the Enchanted Forest, the Blind Witch locks Hansel and Gretel in a cage and declare that she will be having them for dinner. The Blind Witch takes Gretel out of the cage to cook her, and Gretel steals the keys to the cage from her and throws them to her brother. Hansel lets himself out, and the sibling work together to push to witch in the oven. They grab the Evil Queen's belonging and dash out of the Gingerbread House.

Hansel and Gretel go to the Evil Queen's palace and give the Evil Queen her satchel, who reaches into it and pulls out the Poisoned Apple. The queen tells the children that they deserve better than a father who would abandon them in the forest, and offers to allow them to live in her castle. Gretel tells her that they would never want to live with someone as terrible as her, and the Evil Queen sends them off using magic.

Ava and Nicholas climb into the back of Emma's police car, and Emma slams the door shut. Henry runs up to her and tells her that she cannot take them because something bad will happen if they leave Storybrooke, but Emma drives off anyway, ignoring Henry's wishes. Emma drives to the town line, and right before she crosses, her engine stalls. She calls for help.

The Evil Queen is watching Snow White through a magic mirror, when her royal guards bring in a prisoner. The Woodcutter is led into the room, and he demands to be released. The Evil Queen tells him that she told his children that he abandoned them. She asks him why they denied her when she offered to let them live in the palace, and he tells her that family always finds one another. The Evil Queen releases the woodcutter and tells him that he can be with his children and be a family as soon as they all find each other.

Emma goes to Mary Margaret's apartment and tells her that Ava and Nicholas's dad changed his mind about taking them in. Emma wonders what it would be like to find her parents, and Mary Margaret says that maybe she will. Emma tells Mary Margaret that Henry thinks that she is Emma's mother. Emma gets up to go outside, and Mary Margaret follows her to the door, noticing Emma's baby blanket in the box along the way. She picks it up, but then puts it back in the box and walks off.

Emma is looking at some files in her car when Henry walks up to her with some pumpkin pie. Emma is about to tell Henry that she lied to him about his father's identity, but decides not to. A motorcycle rumbles around the corner, and stops in front of Emma and Henry. A stranger gets off and asks Emma if there is a place where he can stay for the night. Emma directs him to Granny's Bed and Breakfast, and he drives off again, not giving Emma his name when she asks for it. Emma tells Henry that he said strangers never come into town, and Henry says they do not.

STATE GOVERNMENT
officials have announced that,
after five weeks of searching for
her parents, Baby Emma will be
remanded to the custody of
Child Services for care. On Oct.
23, two men found newborn
Emma on the side of the
Interstate alone, wrapped only
on a blanket bearing her name.
The Department of Child
Services' application for a
Continuing custody order has
been approved. They will take

custody of Baby Emma on
Monday, Nov. 28.
In spite of her traumatic first
day in the world, Baby Emma is
well. 8 lbs., 15 oz. at the time
she was found, Emma is growing at
a healthy clip. She takes a lot of milk
and has remained under
observation since her discovery.
There was a slight bump on her
head at the time she was found,
but, according to a report form a
Police Community Relations
Officer, she is otherwise in fine
form.

For over a month now, authorities
have ben [sic] searching in vain for the
child's parents. Parents who,
rather than delivering their
unwanted child to a hospital or an
adoption agency, saw fit to drop
their child at the edge of a danger-
ous freeway in the middle of an
unseasonably brisk autumn. Since
then, they appear to have vanished
into thin air.
Despite having received dozens
of tips from concerned citizens,
Emma's parents still have not been
found. 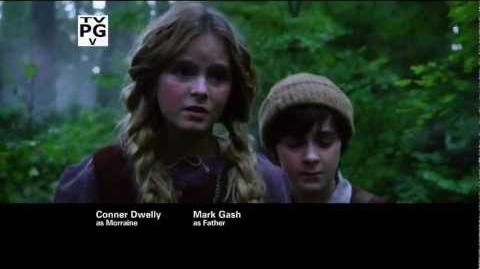 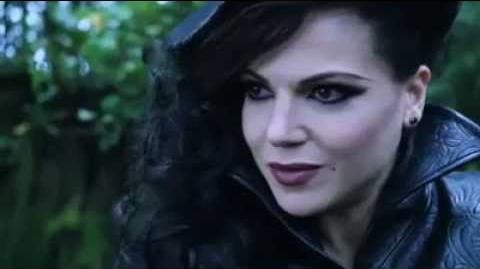