"To Catch a Thief"

A. Nussdorf and
J. Schwartz

”
—The Knave of Hearts to Alice

"To Catch a Thief" is the twelfth episode of ABC's Once Upon a Time in Wonderland. It was written by A. Nussdorf and J. Schwartz, and directed by Billy Gierhart. It premiered on March 27, 2014.

In flashback, the Knave hunts Alice per Cora’s directive and he finds himself striking a deal to get his heart back, while in present day Wonderland, Alice and the Knave’s friendship is tested as he does Jafar’s bidding and steals from her. Meanwhile, the Jabberwocky attempts to free herself from Jafar’s control and Jafar is confronted by his former partner.[2] 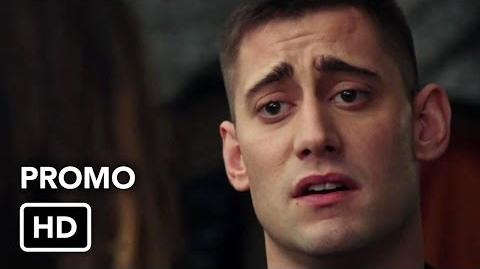 Retrieved from "https://onceuponatime.fandom.com/wiki/To_Catch_a_Thief?oldid=919576"
Community content is available under CC-BY-SA unless otherwise noted.