You can leave this tower!

"The Tower" is the fourteenth episode of Season Three of ABC's Once Upon a Time. It was written by Robert Hull and directed by Ralph Hemecker. It is the fifty-eighth episode of the series overall, and premiered on March 23, 2014.

While Emma, David, Regina and Hook continue their search for the Wicked Witch, she, in turn, is planning a dark surprise for David, and Zelena's prisoner is powerless under her watch as she plots her next course of action against the townspeople. Meanwhile, in the Fairy Tale Land that was in the previous year, Prince Charming stumbles upon Rapunzel, who is trapped inside a tower, and must help her confront her fears in order for her to be free.[2]

A scene with Archie, Regina and Henry with the storybook in Granny's Diner was cut from the episode. However, Raphael Sbarge is still listed in the episode's press release.[2] The scene can be seen in promotional photos for the episode. 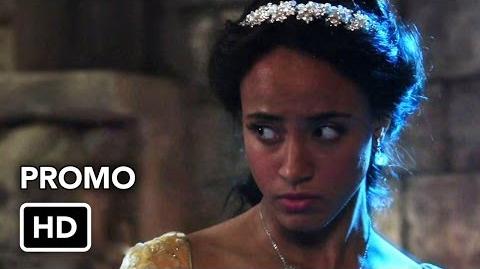 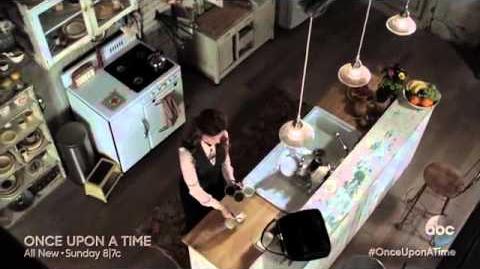 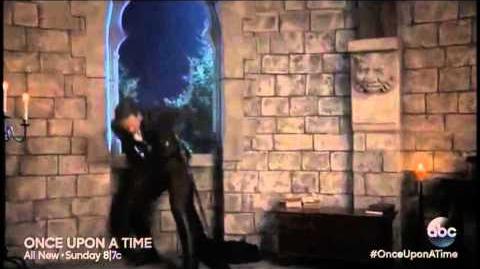