That's why you never, ever hear these words about a Savior: "They lived happily ever after."

"The Savior" is the first episode of Season Six of ABC's Once Upon a Time. It was written by Edward Kitsis & Adam Horowitz, and directed by Eagle Egilsson. It is the one-hundredth and twelfth episode of the series overall, and premiered on September 25, 2016. This episode is the sixth season premiere.

As our heroes set out to stop Hyde, Emma develops a mysterious side effect, and Storybrooke becomes a haven for refugees from the Land of Untold Stories. Meanwhile, Regina and Zelena embrace their newfound sisterhood by becoming roommates, while Rumple tries to free Belle from the sleeping Curse with the help of a stranger. In flashback, Jafar confronts an afflicted Aladdin in Agrabah, and a secret about the Savior is revealed.[2]

In an unknown land, a man on horseback is chased by a mysterious figure on a flying carpet. His pursuer shoots magic at him, narrowly missing him several times. The rider reaches a small building, shouting, "He's coming!" and calling for help. Inside, a young woman stands over a young man. The rider pleads for help from the "Savior". The pursuer, Jafar, arrives, and dispatches the rider quickly, turning him into dust. Jafar comments that the "Savior" is hiding, and the young woman pleads with Jafar not to hurt the young man, and Jafar magically knocks her into a wall, leaving her unconscious. Jafar continues to mock the young man, Aladdin, telling him he could have escaped his fate. Aladdin tells him that, if he is going to kill him, to get it over with. Jafar declines, and reminds Aladdin that when the two first met, he was nothing but a common thief, but one with honor. He observes that becoming a hero has caused Aladdin to fall apart. He remarks that the "fate of saviors" is to give and give.. until nothing is left, and that one never hears "they lived happily ever after" about a savior. With these words, Jafar leaves. Aladdin trembles. 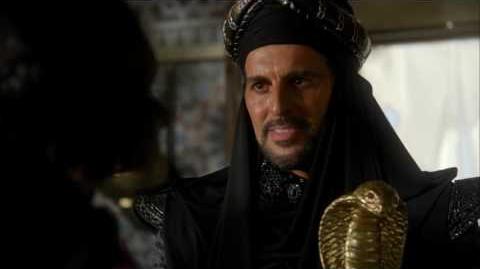 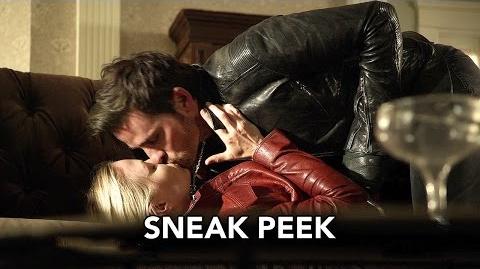 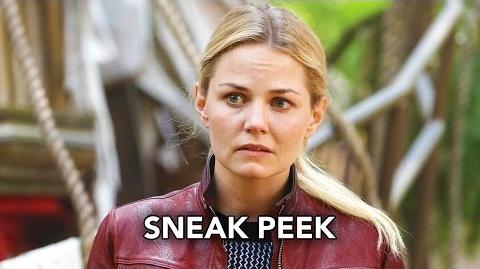 Retrieved from "https://onceuponatime.fandom.com/wiki/The_Savior?oldid=603236"
Community content is available under CC-BY-SA unless otherwise noted.