Sean: Where are you going?
Emma: To find her.
Sean: How?
Emma: The way you find Cinderella; with her shoe.

"The Other Shoe" is the third episode of Season Six of ABC's Once Upon a Time. It was written by Jane Espenson & Jerome Schwartz, and directed by Steve Pearlman. It is the one hundred and fourteenth episode of the series overall, and premiered on October 9, 2016.

As Storybrooke continues to welcome the new arrivals from the Land of Untold Stories, families, friends and even long-lost enemies are reunited once again. When Ashley (Cinderella) searches for her step-family, intent on settling their unfinished business, Emma, Hook and Henry scramble to help her before it's too late. Meanwhile, Regina attempts to bribe Mr. Hyde for information about how to defeat the Evil Queen and Snow helps Dr. Jekyll find a suitable laboratory for his work. David makes a deal with Gold and delivers a message to Belle in exchange for new information about his father. In flashback, Cinderella attends a ball and meets her prince.[2]

A scene/segment where Tisbe meets a duke at the ball, was cut from the episode, due to there being not enough time to dwell on this.[3]

DESCRIPTION: Antique round coin with
a center hole, cast in tin.

PROVENANCE: The coin was taken off
the body of a dead man, a shepherd in
the wreckage of a cart. The man had
been stabbed, and was evidently dead
before the cart went off the cliff. 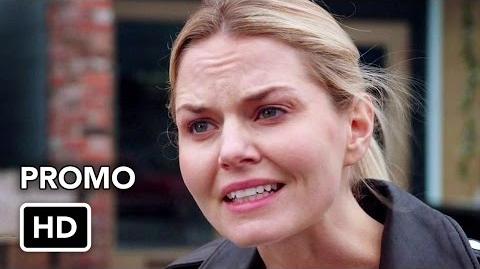 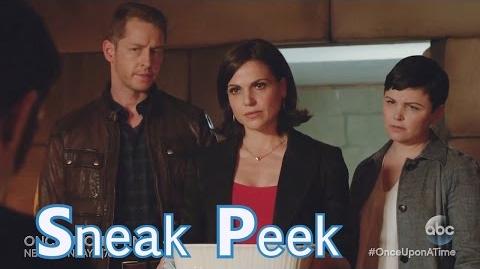 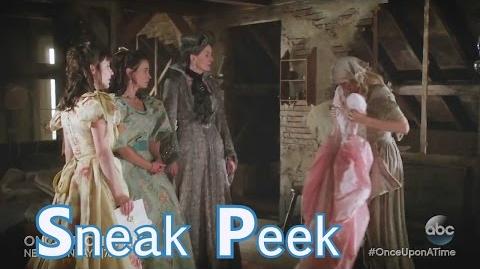 Ella Meets Her Prince - Once Upon a Time

Emma Asks Hook to Move In - Once Upon a Time

Is Charming Going to the Dark Side? - Once Upon A Time

The Evil Queen Releases Hyde - Once Upon a Time