"The Heart Is a Lonely Hunter"

"The Heart Is a Lonely Hunter"

I always felt there were two kinds of people. Wolves and sheep. Those who kill, and those who get killed. And you, Huntsman... you are most certainly a wolf.

”
—The Evil Queen to the Huntsman

One of the town's residents begins to remember their fairytale past, and Storybrooke mourns the loss of one of their own. Meanwhile, in the fairytale world that was, the Evil Queen attempts to find a heartless assassin to murder Snow White.[1]

In Granny's Diner, Sheriff Graham throws darts at a picture of a deer very accurately. Emma arrives but leaves immediately because she has not forgiven him for hiding his relationship with Regina. Emma attempts to avoid conversation, but Graham is insistent on explaining to her he feels nothing for Regina. He kisses Emma and suddenly sees a vision of a wolf, only to have Emma push him away. Frustrated by Emma's lack of understanding, Graham, drunk, later has sex with Regina. In the middle of the night, he awakens abruptly from a dream of a deer and a wolf. When Graham tells Regina that the dream felt like a memory, Regina tries to convince him to stay, telling him that he's still drunk, but Graham leaves. As Graham attempts to get to his car, the wolf from his visions appears next to him, startling him before it leaves. As he tries to find the wolf in the woods, he runs into Mr. Gold. Graham tells him about the wolf, and Mr. Gold suggests to him that dreams are memories from another life.

The following morning, Emma discovers flowers on the table and throws them out, assuming they are from Graham, but Mary Margaret says that they were hers from Dr. Whale, with whom she had a one-night stand. Emma is glad to hear that Mary Margaret appears to be getting over David. Mary Margaret tells Emma that it is obvious that she has feelings for Graham, but does not acknowledge them because she is putting up a "wall" to keep herself from getting hurt.

The sheriff finds the wolf in the woods, and when he whistles, the wolf goes to him. As he pets the wolf's head, he sees himself holding a knife, about to hurt the woman he only knows as Mary Margaret. Graham pays a visit to her classroom, telling her that he believes they know each other from another life, before Storybrooke. Mary Margaret assumes that the sheriff has been talking to Henry, and while this is not the case, this gives Graham the idea to consult Henry about his book. Meanwhile, at the sheriff's office, Regina shows up and warns Emma to stay away from Graham, apparently jealous of his connection with Emma.

Graham visits Henry and describes his visions, to which Henry replies that he must be the queen's Huntsman. The Huntsman was hired by the Evil Queen's to remove Snow White's heart and bring it back to her, but when he did not do so, she removed his heart. Graham later attempts to explain to Emma that he could not feel anything with Regina because he does not have a heart. Graham and Emma then encounter the wolf from Graham's visions, and follow it to a graveyard and vault marked with a symbol Graham saw in his visions and in Henry's book. Looking for his heart, Graham fervently searches the vault, which turns out to be the tomb of Regina's father. Regina arrives to place flowers on her father's grave and is furious to find them there.

Regina accuses Emma of stealing the sheriff from her, and Emma responds that Regina has chased everyone away. Graham defends Emma, and the women exchange blows. Later, while Graham cleans Emma's wounds, Regina pushes aside the coffin inside the vault, which turns out not to be a tomb after all; the coffin reveals a staircase. Emma realizes her feelings for Graham and the two kiss just as Regina opens a storage box in the hidden room and clutches Graham's heart, crushing it to dust, showing that she remembers being the Evil Queen. Before he collapses and dies, Graham's last words to Emma are "I remember! Thank you."

In the Enchanted Forest, the Evil Queen mourns the death of her husband, Snow White's father, although she herself is responsible for his death. Snow and the queen seemingly comfort each other over the loss. The queen consults her Magic Mirror to ask how she can kill Snow, who is beloved by the people but a threat to her bid for the throne. She says that the king's knights will not kill his daughter, and the mirror tells her that she needs a huntsman. As Graham saw in his flashbacks, the Huntsman and his wolf seem to enjoy living a peaceful life in the woods. The Huntsman kills only for himself to live, and has no compassion for humans, who do not understand the wild. As the Huntsman and his wolf enter a tavern, the other patrons begin harassing him, prompting him to successfully defend himself. His performance is viewed in the Magic Mirror by the Queen, who is greatly impressed. She summons the Huntsman to offer him anything he wants on the condition that he brings her Snow's heart. He agrees to this deal, in return asking for the protection of all the wolves in the Enchanted Forest.

Snow and the Huntsman walk together in the forest, and she sees through his disguise and correctly guesses that he was sent by the queen to kill her. Snow flees, but as the Huntsman catches up with her, he finds her writing a letter, which she requests he deliver to the queen after she is killed. The Huntsman takes out his knife, but instead of killing her, he fashions a whistle out of a bamboo stick, telling her that it will summon help and then telling her to run. The Huntsman then returns to the queen with a deer heart, hoping that she will not know the difference. The queen asks him to read her the letter, which is an apology for past wrongs as well as a request from Snow that her stepmother rule the kingdom with compassion. The queen burns the letter and takes the box with the heart in it to store in her vault. When she cannot open one of her storage safes, it proves that the Huntsman lied to her; the heart is not human. The queen has her guards drag him to her chamber and she yanks his glowing heart out of his body. She tells the Huntsman that from now on he will be her pet and will do her bidding forever. She orders the guards to take him to her bed chamber, warning him that if he ever betrays her, all she has to do is squeeze his heart.

A scene involving Rumplestiltskin was cut.[3]

The Queen paced back and forth, filling the spectators
with fear as she declared her evil intentions for the king-
dom. "Soon, everything you love, everything all of you
love, will be taken from you. And from your
suffering, will rise my victory." The Queen then turned
to face Charming and Snow. I shall destroy your happi-
ness if it is the last thing I do.
Having made her wows, the Queen turned and began
to walk away. But Charming, unwilling to let the
Queen's threat go unanswered, grabbed his sword and
threw it at the evil woman. Before the sword could hit
her, however, the Queen vanished into a dark puff of
smoke. The sword hit the ground with a clatter, and the
Queen was gone.

[image begins] background check, it was [illegible word] that Zimmer had a previ-
[image begins] incident during the New Year festivities in Storybrooke Park.

[image begins]re called and Zimmer was transferred to the Storybrooke Mental
[image begins]is point, the Clinical Psychiatrist on duty alerted the Special
[image begins] [illegible word] in the presence of her two children, Nicholas and Ava (both 4

[image begins]fed and the children were found alone at the Zimmer
[image begins]is Boulevard, since − without a primary caregiver present. The
[image begins] into short-term foster care while while Zimmer underwent further
[image begins]sted this file was S.B. Edwards who is contactable through the

[image begins] and impounded at the municipal premises on Will Road. 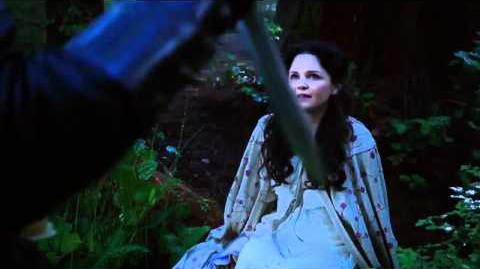 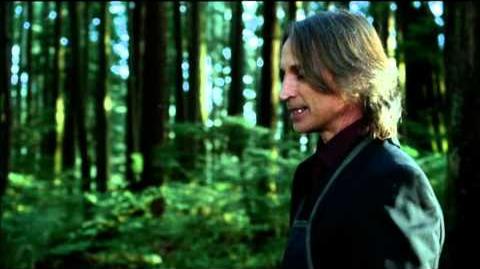 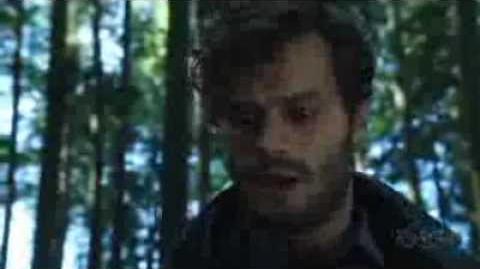 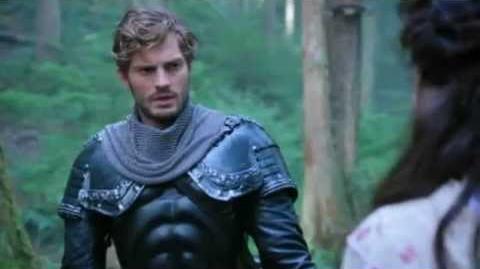