I came to test Alice. I believe she's destined to become a great hero, a protector of the Dark One dagger known as the Guardian.

"The Guardian" is the eighteenth episode of Season Seven of ABC's Once Upon a Time. It was written by David H. Goodman & Brigitte Hales, and directed by Geofrey Hildrew. It is the one hundred and fifty-first episode of the series overall, and premiered on April 20, 2018.

Following Nick's death, Weaver discovers the Dark One Dagger has been taken and sets out to get it back, even if it means betraying Roni's trust. Meanwhile, Margot takes Tilly on a date, but their time together takes an unexpected twist. In a flashback, Rumple, desperate to be reunited with Belle, pays Alice a visit.[2]

This scene is included on the Blu-ray edition of "Once Upon a Time: The Complete Seventh and Final Season", but not the DVD.

After going to the back room of Roni's, Lucy asks Roni where they are there for the antidote for her father's poisoning. Roni explains that she's working on it and he's her son too. After Lucy apologizes and hugs her, Roni, in tears, assures her granddaughter that she will cure Henry. However, Lucy tells her adoptive grandmother that she has a feeling that something bad happens soon if they don't break the curse. Roni tells her to not worry and gives her the cherries that she wanted. 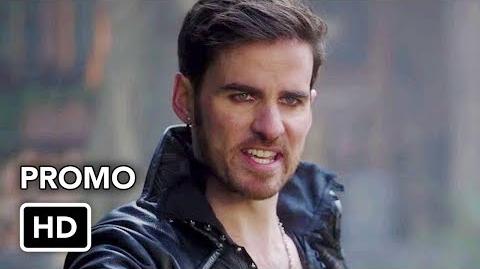