"The Girl in the Tower"

"The Girl in the Tower"

Robin Hood: Wow. So you're the girl in the tower.
Alice: I got out of that tower years ago.

"The Girl in the Tower" is the fourteenth episode of Season Seven of ABC's Once Upon a Time. It was written by Dana Horgan & Leah Fong, and directed by Antonio Negret. It is the one hundred and forty-seventh episode of the series overall, and premiered on March 23, 2018.

Rogers works to prove Tilly's innocence in the case of the Blind Baker's death, while Ivy attempts to make amends with Anastasia, and Samdi makes a revealing confession to Roni. Meanwhile, in a faraway realm, Alice forms an unbreakable bond.[2]

"I Didn't Expect to See You"

This scene is included on "Once Upon a Time: The Complete Seventh and Final Season".

Henry and Rogers arrive at the site of Rollin' Bayou to ask Jacinda or Sabine if they ever saw Tilly, who is a potential murderer. Though Rogers asks Henry if he's fine with talking to Jacinda, Henry stays neutral. Henry tries to talk to Jacinda, but he messes up. Then, they talk about Lucy, before Rogers asking her if Tilly was here yesterday, to which Jacinda replies "no". Soon, they realize that Tilly stole some beignets instead of buying them, despite what she said.[3]

This scene is included on the "Once Upon a Time: The Complete Seventh and Final Season" Blu-ray, but not the DVD.

Ivy comes to Eloise's "gathering place" to look for Anastasia, but sees Eloise standing before her. Eloise says that she does not keep Anastasia where she kept Ivy and that she would never torture Anastasia, as she is like her own daughter. Ivy mocks Eloise and her coven, saying she's sure that that's what she tells all the girls and also that Eloise wants to watch people suffer while she gets what she wants. Eloise reminds Ivy that she was the one who tried to steal her sister's magic and leave her for dead. Ivy accepts herself and says that she wants to be changed just like her mother. She threatens Eloise, saying that she will tell her sister the truth, which is Eloise wanting her just to get the Dark One's powers. Eloise suddenly takes Ivy's doll and wants to use it for her own advantage to gain Anastasia's trust. As she walks away, Ivy yells that "it is not over".

"One-Upped by a Nanny Cam"

This scene is included on the "Once Upon a Time: The Complete Seventh and Final Season" Blu-ray, but not the DVD.

Eloise and Anastasia move from place to place to avoid getting caught by Ivy or anyone else. Anastasia tells her that she's getting cold, but Eloise assures her to trust "mother". While they walk down the street, they stumble upon Ivy, who reveals that she found them thanks to the camera that was put on her doll by Victoria, the doll which was previously taken by Eloise. Ivy admits to Anastasia that she's sorry that she tried to hurt her, and that if Anastasia allows it, she can learn how to be a sister. As soon as Eloise tries to walk up to Ivy, Ivy aims a gun at her and tells Anastasia the truth, that Eloise killed their mother and she is using her just like she used her. Anastasia, who's had enough, magically pushes the both of them, which gives her a time to run.

A scene where Tilly is eating Mochi balls was cut from the episode.[4]

According to Rose Reynolds, she had to eat around ten Mochi balls, which resulted in her feeling sick by the end of the take.[4] 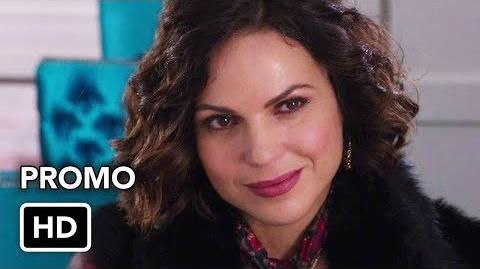 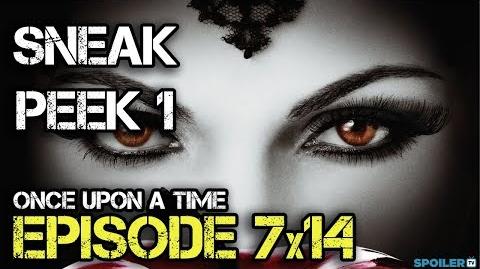 The Bug to the Rescue – Once Upon A Time