Regina: You're the wizard?
Victor: I prefer "doctor."

"The Doctor" is the fifth episode of Season Two of ABC's Once Upon a Time. It was written by Adam Horowitz & Edward Kitsis and directed by Paul Edwards. It is the twenty-seventh episode of the series overall, and premiered on October 28, 2012.

While Regina continues to try and stop using her magic in an attempt to win back Henry's affections, she begins seeing what she believes is a ghost from her past; and when Mary Margaret and Emma discover a lone survivor from an ogre massacre, Emma begins to question whether or not he's telling the truth. Meanwhile, in the fairytale land that was, Regina finds herself failing at learning the dark arts from a dark master because something from her past is preventing her from using her magic for evil.[1]

In the Enchanted Forest, Emma, Mary Margaret, Aurora and Mulan return to the Safe Haven only to discover Hook under a pile of dead refugees; all of whom have had their hearts ripped out by Cora.

At Granny's Diner in Storybrooke, Dr. Whale tells David they need to talk. David responds first by punching him for sleeping with his wife—curse or not—and second by sitting at a nearby table. They discuss building a portal to the Enchanted Forest, and Dr. Whale realizes Regina lied to them.

Regina goes to Archie's office to discuss the difficulty of not using magic after abstaining from using it for two days. Archie tells her it's an excellent start and invites her in. She explains that it's always been the way she's gotten everything, and he says it's also the way she's lost everything—and that this is now her way to earn Henry. Shortly after, Dr. Whale barges in and demands Regina send him back to his land with his brother, because the curse only brought the living. She apologizes for his loss and reveals she can't send anyone anywhere, but Dr. Whale snaps back. Archie raises his voice and demands the man to leave. He confronts Regina after Dr. Whale leaves about the curse only bringing back the living and brings up her father in the process, to which she says she doesn't care and that she brought who she wanted. Archie explains that she needs to trust him if she wants help, because "stopping magic is a lot harder than starting".

In the past, Rumplestiltskin is training Regina to take power. They're training with a black unicorn. After Regina immobilizes the animal, he tells her to take its heart. She remembers aloud it's what her mother did to Daniel, and Rumplestiltskin states she knows how it's done. Regina approaches the horse, but then refuses to take out its heart because she believes the animal is innocent. Rumplestiltskin says, "Nothing is innocent." He then tears out the unicorn's heart and explains that the animal now belongs to him; Rumplestiltskin continues to explain that, once a heart is removed, it becomes an Enchanted Heart, which is stronger than a normal heart, and that she isn't hurting the beast but controlling it instead. He tells her to kill it, but she can't. Rumplestiltskin tells her to ponder what's holding her back. The scene changes to Regina admiring Daniel in a glass casket.

In Archie's office, Regina explains she preserved Daniel's body with an enchantment spell. She explains that he's dead, but frozen, and kept in her family mausoleum. Archie tells her that if she can't let go of the past that it'll still haunt her. She decides the session has been enough, and doubts Archie can help her. After leaving, Regina sees Daniel standing on the sidewalk corner outside her dashboard window in the rain. She looks away for a moment, and when she looks back, he's gone.

David and Henry go to the stables. David gives to Henry a horse and tells him he needs to take care of his stead twice a day everyday to form a bond with the horse before he can ride it. He then leaves Henry at the stables to go check on the dwarfs.

Regina goes to the mausoleum only to find Daniel missing.

In the past, Rumplestiltskin questions whether Regina is ready and assumes she's wasting his time. She wants him to teach her to use magic to bring back the dead, but he informs her that "dead is dead" and even he doesn't have the power to bring back her beloved Daniel. Jefferson appears with a crystal ball, but not slippers—which are what Rumplestiltskin requested. Jefferson doesn't understand why he would want that and asks if he wants the crystal ball or not. Rumplestiltskin takes the ball and lets Jefferson choose whatever he finds appropriate, then tells Regina their work is done. Jefferson tells Regina there is someone who can help her, and that he can deliver him to her for a royal passport to have free range in traveling the kingdom.

Back in the Enchanted Forest, Emma and Mulan ponder and chat about Hook. Emma thinks he's lying. Hook claims he played dead to survive. Emma, Mulan, Mary Margaret and Aurora talk about leaving the ruins and finding a portal, and Hook chimes in that he knows the land well. Emma holds a knife to his throat.

In the present, Regina goes to find Dr. Whale in psychiatric ward of the hospital.

Regina and Jefferson find Victor Frankenstein, or "The Doctor", as he likes to be called, in her castle. He then proceeds to examine Daniel and states that his “condition is ideal”. Victor insists he needs a strong enough heart to survive the procedure and believes that the Enchanted Forest has magic hearts that are strong enough for just this sort of operation. Regina refuses to use magic for evil, but knows where to find an enchanted heart.

In present-day Storybrooke, Regina discovers Dr. Whale in one of the psychiatric rooms lying on the floor with one of his arms having been savagely ripped away. She demands to know why he took Daniel and if he brought him back. Dr. Whale confirms this, explaining that he made the mess they're in and that Daniel is now a monster.

In the past, Regina leads Victor and Jefferson to Cora's secret vault to pick out an enchanted heart. She calls her mother a monster.

Outside of a hospital room, Regina watches as Dr. Whale is being tended to for his injuries. David arrives and demands to know what is going on, as he believes she is culpable for Dr. Whale's current condition. Instead, she reveals what Dr. Whale did to Daniel and how he was revived using an enchanted heart. Regina has no idea whose heart he took, but wants to go find Daniel. David won't allow her to do so without telling him where he might be. She strongly believes Daniel is acting similar to how David reacted coming out of his coma, and may have gone to the last place he remembers. She guesses Daniel is at the stables, which causes David to worry since it's where Henry currently is.

At the stables, Henry is grooming his horse. Suddenly, the other horses begin jumping and panicking in alarm. Henry's horse is startled as well, and knocks the boy off his stool as it runs out of the stall. A shadow appears outside the stall as Daniel approaches Henry.

In the present-day Enchanted Forest, Hook insists to Emma he's merely a blacksmith even as she, not believing his claim, begins tying him to a tree. She whistles for ogres and the women begin walking away, which persuades him to be honest with them. He offers to help them find a way back to Storybrooke in exchange for not being left behind with the ogres—the catch is that he gets to go through the portal as well, revealing he wants revenge on Rumplestiltskin.

Meanwhile, in present-day Storybrooke, Daniel moves closer to Henry and proceeds to choke him as Regina and David rush in. Regina immediately begins begging him to let Henry go. David picks up Henry to make sure he's okay, and then tells him to run. After Henry is gone, Daniel dashes for Regina, but David pushes her out of the way and shuts the stall. He tells her to use magic, but she refuses to use magic on Daniel, so he pulls out his gun. She begs David to let her speak to him.

Victor performs the surgery on Daniel in an operation tent during a lightning storm while Jefferson and Regina wait outside. After he is finished, Victor exits to inform Regina that the operation has been unsuccessful. Grief-stricken, Regina hurries into the tent and rests her head on Daniel's chest.

Back in present-day Storybrooke, Regina enters the stall to approach Daniel, who begins to choke her. She whispers her love for him, and he releases her before they embrace moments later. He hurts from the heart transplant and wishes to die. He reverts to his monstrous state, forcing Regina to use magic to make him disappear, as she is left heartbroken.

In the present-day Enchanted Forest, Hook leads the ladies through the forest whilst Emma and Mary Margaret talk about staying one step ahead of Cora and Hook. A giant beanstalk is revealed, and Hook informs the group of an enchanted compass at the top guarded by a giant. He tells them that they will obtain it before Cora.

In the past Enchanted Forest, Regina intrudes on a training session Rumplestiltskin is having with a new apprentice, Trish, because he needed someone "more dedicated". To prove her dedication, she tears out Trish's heart and crushes it right before Rumplestiltskin, who looks very impressed by Regina's willingness.

After letting go of Daniel, Regina returns to Archie's office. Miserably, she admits to Archie that she used magic. He welcomes her into his office to finish their session.

Back in the past Enchanted Forest, Jefferson, Victor and Rumplestiltskin discuss their deal regarding Regina. It is revealed that she was set up to believe Victor had legitimately tried to bring back Daniel and had ultimately failed as a result, causing her heartbreak in return to bring out the evil Rumplestiltskin knew she possesses so she would be dedicated enough to become his apprentice. As payment for his services, Victor receives an enchanted heart from Rumplestiltskin. The two argue over whether magic is the most dependable source of power. Rumplestiltskin places a wager that Victor will need magic in the future, but the latter disagrees. Jefferson opens a portal to take Victor home as Rumplestiltskin reminds The Doctor that all magic comes with a price.

In present-day Storybrooke, Dr. Whale stumbles into pawnshop carrying his severed arm in an ice cooler. He begs Mr. Gold to reattach his torn arm, and grudgingly admits he needs magic. Satisfied by his admittance, Mr. Gold reattaches the limb to Dr. Whale's body.

Victor, after returning home to the Land Without Color, attempts to resurrect his deceased brother using the enchanted heart he received from Rumplestiltskin. The operation is a success.

This scene is included on Once Upon a Time: The Complete Second Season. 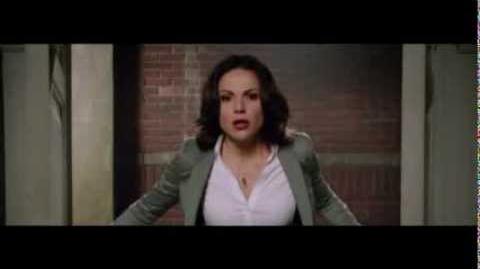 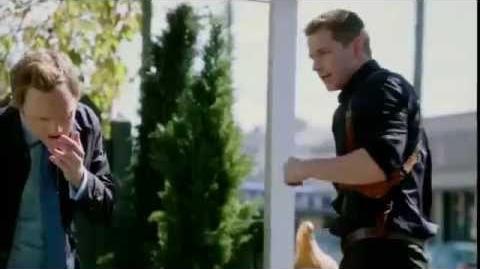 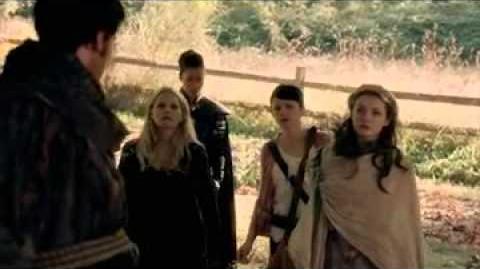 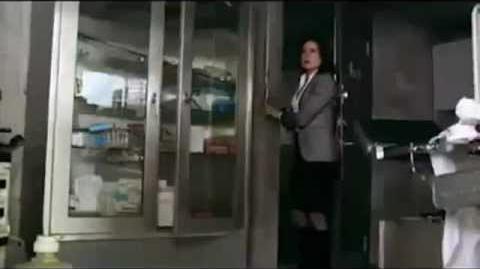