Can't wait to see the look on his face when he learns a valuable lesson... one should never mess with the Brothers Jones.

"The Brothers Jones" is the fifteenth episode of Season Five of ABC's Once Upon a Time. It was written by Jerome Schwartz & David H. Goodman, and directed by Eagle Egilsson. It is the one hundred and third episode of the series overall, and premiered on March 27, 2016.

Finally reunited, Hook and Emma must find a way to defeat Hades so that they can return to Storybrooke with Snow, David, Regina, Robin, Henry and Gold. A surprise visit from Hook's departed brother Liam just might provide the lead they were looking for—others who have tried to overthrow Hades spoke of a book that contained the key to his downfall. Tired of watching from the sidelines, Henry secretly takes matters into his own hands while the others search for the book. Meanwhile, Hades redoubles his efforts to trap the heroes in the Underworld by playing them against one another. In flashbacks, the bond between the two young Jones brothers is tested and strengthened on a merchant ship heading into a dangerous storm.[2]

Liam and Killian Jones work aboard the ship of Captain Silver, having been sold by their father. Liam tells Killian of his plan to use the silver they have saved up to buy them both a place in the king's navy. Captain Silver hears of this plan, and so gets Killian drunk and tricks him into gambling away their silver. Disraught at this news, Liam agrees to continue work for Captain Silver. They set sail to find the Eye of the Storm, a valuable jewel that constantly eludes acquisition. En route, the ship enters a storm. Liam tells his brother to detain Silver while he makes the plans to start a mutiny and become captain. While making his plans, Liam is met by none other than Hades, who proposes a deal to Liam: cause the captain and crew to perish, thus entering Hades' kingdom, and Hades ensures Liam's and Killian's survival, along with giving Liam the Eye of the Storm, which could pay for their enlisting in the navy. Liam agrees, and sails the ship into the worst part of the hurricane. The ship is totaled, and Liam and Killian are the only survivors. They wash up on an island. They are met by a naval captain, who they tell their story to. Liam shows him the Eye, and the captain immediately grants them both positions on his own ship, declaring Liam a hero.

Cruella drives Henry through the woods, on a hunt for the Magic Pen. Henry sees a glimmer of light in the woods, and tells Cruella to stop. While Cruella waits, Henry goes into the woods and meets the Apprentice, who tells him that the pen is in the Underworld version of the Sorcerer's Mansion, but that he should only use the pen to write stories as they are, instead of using it to alter reality, including resurrecting Cruella.

Emma and Hook have a moment alone, during which he tells her that he believes he should move on instead of going back to Storybrooke with her. Then Hook's brother Liam arrives. He tells them that he does not know his unfinished business. When he hears their desire to defeat Hades, he tells them that it has been tried many times before, and each person who tried mentioned a book. Emma immediately realizes that the Once Upon A Time book has an Underworld Edition. They search the Underbrooke Blanchard Loft, during which Liam gets Emma alone to tell her that she should not be trying to save Hook, because she caused him to become Dark to fulfill her own desires, and is not good enough for him. Henry arrives to tell them about the Underbrook Sorcerer's Mansion, where the book most likely is. They must first get the key, which is at the Underbrooke Sheriff Station.

Liam returns to the Underbrooke Rabbit Hole, which he runs, and meets Hades, who makes another deal: Liam must find the book before anyone else and destroy the pages containing Hades' story, or Hades will tell Hook Liam's unfinished business: the deaths of Captain Silver and his crew.

David and Snow go to get the key, and find it before they hear Cruella approaching. Snow escapes, and Cruella, apparently thinking that David is James, begins to flirt with him. Snow brings the key to her friends, and they go to the Sorcerer's Mansion. Inside, Emma tells Henry to stay and "keep watch". However, he waits until she leaves, then goes to find the pen. Liam finds the Once Upon a Time book, and keeps his deal with Hades and removes the pages about him.

Back at the Sheriff Station, David finally forces Cruella away, and she reveals that she knew it was him all along, and that he was different from James because David didn't have the anger James has, the anger that their mother chose to give James away to King George and keep David.

At the mansion, the others find the book but find that pages are missing. Liam sends them to look for the pages, then slips outside to dispose of the pages in a well. Emma tells Hook that she suspects Liam is lying, and has the pages. He doesn't believe her, so she goes out to confront Liam. Hook walks in on them, and tells Emma that he agrees with Liam, and they should break up. Emma stalks off. Hook then sees a residue from the pages on Liam's hands, and realizes that Emma was right. He is shocked and repulsed, and is about to chew Liam out when Captain Silver and his men appear. Silver tells Hook about both Liam's deals with Hades, then takes them to the Fiery Cave. He is about to have the brothers pushed into the flaming pit, but Hades appears and stops Silver by knocking him into the fire. He then orders that Liam be spared for keeping the deal, but Hook be executed for escaping his dungeon. Liam refuses to let Hades do this, so Hades sends Liam over the edge first. Hook catches him, but Liam tells him to let him fall so his business can be finished. Hook doesn't want to, but Liam pries his hand out of Hook's and falls into the fire. Suddenly, the portal to the better place opens, revealing a calm, sunny ocean with a beautiful ship waiting. Horrified, Hades promises revenge on Hook before disappearing. Liam then appears on a rowboat in the water, and tells his brother to tell Emma he forgives her, and that they should be together, and Hook agrees before watching Liam and Silver's crew sailing off into the beautiful sea.

Hook returns to the mansion and tells Emma about all that happened, and that he will return to Storybrooke with her after defeating Hades. Meanwhile, Henry finds the quill and ink. The group returns to the loft, and David notices Henry's strange behavior. He persuades Henry to come clean, and he tells his family about his plan to find the quill. He promises to be a good author and only transcribe stories, starting with Hades'.

In his lair, Hades sifts through the River Acheron, and pulls out the pages of the book. He looks through them before finding a picture of himself with Zelena. He smiles and says aloud that their secret is still safe. 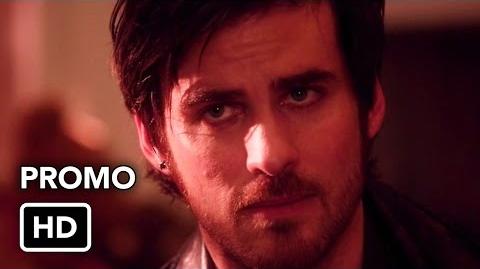 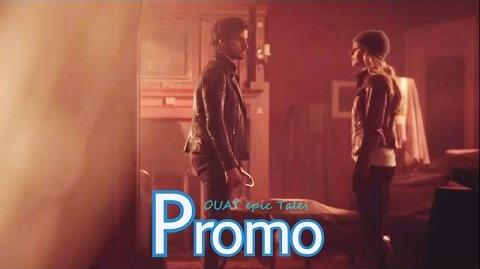 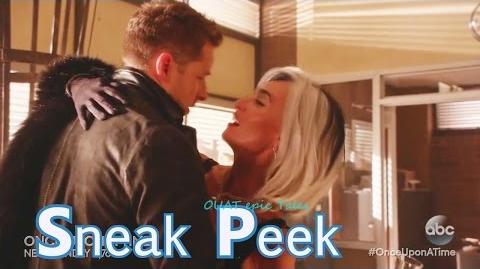 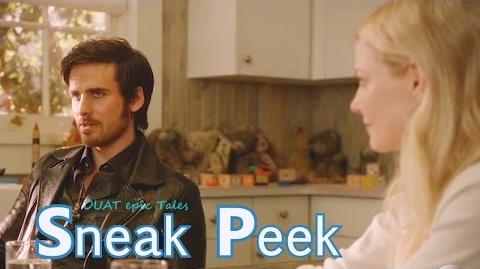 Start a Discussion Discussions about The Brothers Jones