They call Camelot "The Broken Kingdom" because we have no king, and we never will.

”
—Kay to Arthur and Guinevere

"The Broken Kingdom" is the fourth episode of Season Five of ABC's Once Upon a Time. It was written by David H. Goodman & Jerome Schwartz, and directed by Alrick Riley. It is the ninety-second episode of the series overall, and premiered on October 18, 2015.

After receiving a cryptic warning from Lancelot about Arthur’s intentions, Mary Margaret realizes Arthur may be the heroes’ biggest threat, but when she is unable to convince David of the danger, she takes matters into her own hands. Meanwhile, Hook’s unwavering love for Emma provides a glimmer of hope in her struggle against the unrelenting voice of Rumplestiltskin. In a Camelot flashback, Guinevere senses that Arthur is losing his way, consumed by his obsession with making Excalibur whole, so she sets out with Lancelot on her own quest into the heart of darkness. In Storybrooke, Dark Emma unleashes a secret weapon in the next phase of her plan to find the brave soul she needs to draw Excalibur from the stone.[2] 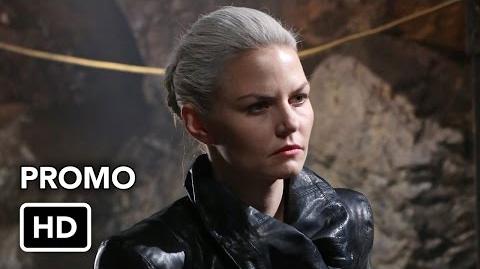 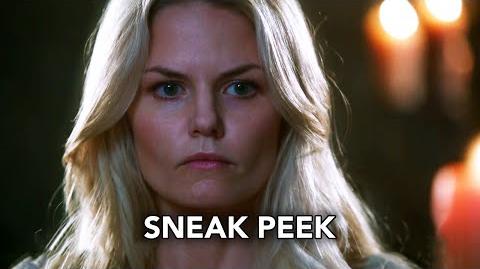