You don't have to worry about me, lass. I'm the Bear King. I faced Mor'du. I can handle whatever the Southern invaders throw at us.

"The Bear King" is the ninth episode of Season Five of ABC's Once Upon a Time. It was written by Andrew Chambliss, and directed by Geofrey Hildrew. It is the ninety-seventh episode of the series overall, and premiered on November 15, 2015.

This episode was the second one of a two-episode night, and premiered immediately following "Birth".

Zelena and Arthur journey to DunBroch on a mission to retrieve an enchanted relic that will provide the advantage they need to vanquish Emma and our heroes. Their path will cross with Merida’s, who is on a journey of her own to pay a debt that her father, King Fergus, owed to the Witch when he died. Merida enlists the help of two friends, Mulan and Ruby, but, in order to satisfy the Witch and save DunBroch, she first must discover the identity of the knight who killed her father. In flashbacks, Merida learns about bravery and honor as she trains for combat and rides alongside Fergus into the infamous battle that claims his life.[2]

On the day of her coronation, Merida pays a visit to her father's gravesite, happily telling him that she rescued her brothers and gained the clans' approval to be Queen. During the coronation ceremony, Lord Macintosh presents her with a crown, swearing fealty to her on behalf of his own clan as well as clans Dingwall and MacGuffin. Before her mother can place the crown on her head, an old witch bursts in, claiming that King Fergus owed her a debt.

She demands payment of 10,000 gold for a magic helm that King Fergus got from her in a past to ensure the fate of his kingdom. This amount will break the clans. The witch says they must return the helmet, but the clans do not have it. She warns that if the helm is not returned by sundown tomorrow, she'll turn everyone into bears.

In the past, Fergus is concerned about an impending invasion from the south. He asks the old witch for magic to ensure the future of his kingdom. After signing a deal, he obtains a magic helm, which will influence men to willingly follow him into battle. The old witch warns, however, that the payment he owes her for the helm can be extracted at any time she wishes.

In the present, Merida recalls that the knight who killed her father had stolen the helm. She tracks down her old friend Mulan to help her. The jaded Mulan's current job is debt collection, which often requires force. She quickly disarms and injures a man and his henchmen just as Merida walks in. Mulan cynically demands payment when Merida asks for her help finding the helmet. Merida agrees, but becomes frustrated when Mulan refuses to answer questions about her attitude.

In the past, Merida walks with her father King Fergus through a military encampment, where members of clans DunBroch, Macintosh, MacGuffin and Dingwall are preparing to fight against southern enemies that are planning to invade their territory. Lord Macintosh doesn't take her seriously because she is a woman, but Merida ignores his jibes and focuses on learning about the nature of war from her father. Merida notes the soldiers are writing letters home, but Fergus explains they are writing wills in case they die.

As her father contemplates the upcoming skirmish, Merida asks him how he has managed to instill respect into his men so they will fight for him, as she will have to if she inherits the crown. Fergus states there must be proof she is willing to die for the same cause they are fighting for.

Fergus gifts her a bow and mentions getting her a tutor to teach her how to fight. Merida is eager to prove she is capable, and rushes into a sword duel with a nearby soldier who is completely concealed in armour. The soldier disarms Merida and knocks her flat on her back, then pulls off the helmet, introducing herself as Mulan. She offers to teach swordplay to Merida, and from then on, they have regular lessons together. Mulan teaches Merida how to duel properly and disarm her opponent, but also instructs her on being a warrior.

During a sparring session, Merida hears a horn blow signaling the southerners' attack. Realizing her father deliberately ordered Mulan to keep her away from direct combat, she hurries to join the battle. She arrives in time to see a mystery knight, whose face is obscured by a helmet, approaching her father from behind. Merida shoots an arrow to stop the knight, but the shaft only hits the man's cloak instead, tearing a bit away. In horror, she watches the man cut down her father and steal his helm, and then Mulan leads her away from the battlefield.

King Arthur and Zelena come to the witch's hut to ask about the enchanted helm, which they need to gather support in Camelot. When they are threatened by the witch's guard wolf, Zelena uses a sleeping powder against it, but the Witch insists that she won't be as easy to take down. When Arthur demands the helm, she answers that she doesn't know and already sent someone after it. Zelena teleports behind her and shoves her head into her cauldron, and only then, the Witch reluctantly tells them that Merida is going after it.

At the site where Fergus was killed, Mulan and Merida find the old arrow that Merida shot at the knight, and discover a piece of his cloak on it. Before they can use it to track down the knight, Arthur and Zelena confront them, stealing Merida's bow to locate the lost helm.

Discouraged by Zelena's implication that her father resorted to a magic helm to inspire his troops, Merida gives up the mission and returns home, where she offers to turn the mission over to Lord Macintosh, promising him her crown seat if he can get the helm by tomorrow and save the clans.

Mulan continues on her own to the old witch's hut, hoping to pinpoint the knight's identity. She is attacked by a guard wolf inside the hut, but quickly realizes the animal is a human in disguise. Knocking over a nearby cauldron, the smoke from the brew pours out, reverting the wolf to Ruby, her human form.

On her recent return to the Enchanted Forest, Ruby dons her red cloak and hood again, searching the land for werewolves, but she finds none. Growing desperate, she tries to get help from the old witch but instead, the witch forces her to stay in wolf form as her guard animal.

As the pair travel together, Mulan learns Ruby knows of her from Emma and Mary Margaret, as she once lived in the other world. When Ruby mentions Aurora and Phillip starting new lives there with their baby, Mulan tenses, but covers up her hurt with concern, saying she knows what it's like to start over in a new place.

Ruby checks the scent from the cloak piece and starts tracking the killer knight.

Zelena and Arthur dead end at a lake, and Zelena summons the helm from the water, but Merida's party tracks them down. When confronted as the killing knight, Arthur insists the helm he took had no magic. Merida realizes her father hadn't used the actual magic helm during the siege.

In the past, Fergus decides to take his own advice by leading his men by sheer strength of character, and throws the helm into the river.

To keep Arthur from taking the real helm, Merida duels him. Meanwhile, Mulan faces off with Zelena, who Ruby freezes up with a potion. Arthur stops fighting after Lords Macintosh, Dingwall and MacGuffin back up Merida. Merida gets the helm, and Zelena poofs herself and Arthur away.

After Merida is crowned, she announces her intent to destroy the helm rather than return it, because no magic should force people to fight for a cause they don't believe in. To this, the old witch congratulates her on passing the test, as she gained confidence to lead DunBroch without resorting to magic. The old witch rewards her with magical ale.

At Fergus' grave, the three women say their goodbyes. Mulan admits she is still not over her lost love, so Ruby encourages her to join her quest to find other werewolves, as a way to heal from the past.

Merida uses the ale on her father's grave, giving her a chance to talk with Fergus one last time. After her father's spirit vanishes, Merida is reminded that King Arthur is to blame for his death and decides to seek revenge. 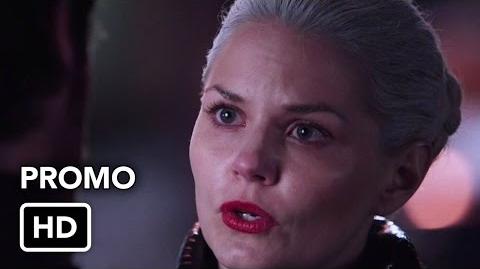 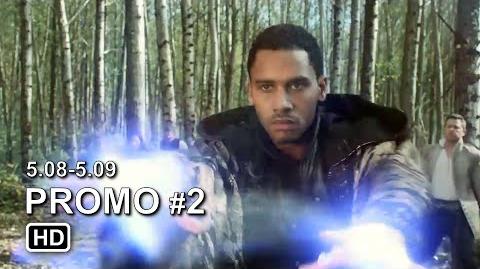 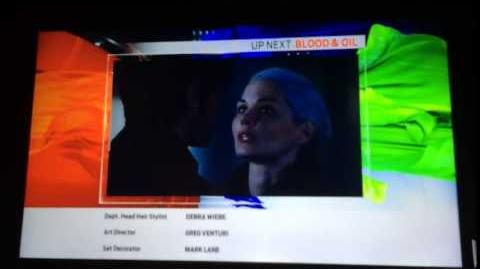