Aladdin: She was the first person to believe I could be more than just a selfish street rat. I can't see the look in her eyes, when she realizes that's exactly what I am.
Emma Swan: I was... I am a street rat, too. I made plenty of mistakes, but I've known people who kept me strong. Who cared about me as much as Jasmine clearly cares about you. Maybe the real mistake was keeping the savior burden to yourself.

"Street Rats" is the fifth episode of Season Six of ABC's Once Upon a Time. It was written by Edward Kitsis & Adam Horowitz, and directed by Norman Buckley. It is the one hundred and sixteenth episode of the series overall, and premiered on October 23, 2016.

In a flashback to Agrabah, Princess Jasmine recruits Aladdin to help her recover a secret weapon capable of breaking Jafar’s hold on the Sultan and saving the city from ruin. Their quest takes them to the Cave of Wonders where Aladdin’s fate is revealed. In Storybrooke, the Evil Queen tricks Hook and the Charmings and forces Emma to reveal her secret in an effort to divide the family. While the Evil Queen pampers Zelena, elsewhere in town, Regina and our heroes scramble to learn what became of Aladdin.[2]

These scenes are included on Once Upon a Time: The Complete Sixth Season.

Zelena sits in a table outside Granny's Diner. Granny comes and asks her what she would like to order, but also mocks her about her baby crying. Zelena then sees Mr. Gold in front of a table looking at her. He comments on how her life turned out: Defeated not by magic or a warrior, but a baby bottle. Zelena tells him to look at his own life instead, but Mr. Gold explains that he made his own choice, yet Zelena did not. After Zelena says that his "new haircut" cannot fool her, Mr. Gold remarks that her Evil Queen does like it, implying that they are working together and she just takes what she wants, just like Zelena was doing in the past.

An extended version of the scene where Aladdin opens the Cave of Wonders, featuring additional dialogue between Aladdin and Jasmine.

As Jasmine, Hook, Emma, Henry and Regina walk through the forest to find Aladdin (thanks to Emma leading the way with a locator spell), they find an underground cemetery, which shocks Regina who didn't know about this place. Emma asks Hook if he's still upset because Emma didn't tell him about her visions. Hook answers that it's about a trust issue. Emma tells him to let her earn his trust back, but sadly, Hook doesn't believe it. 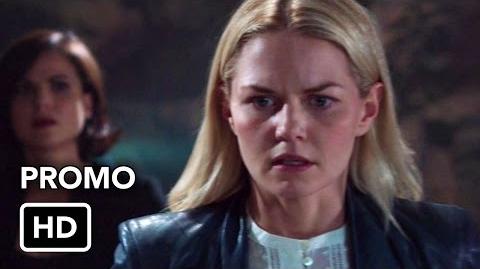 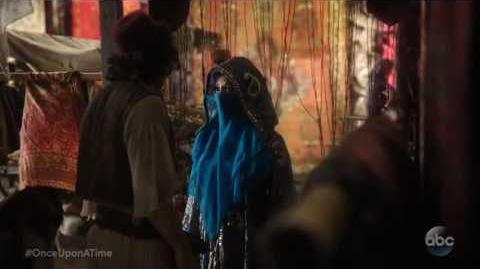 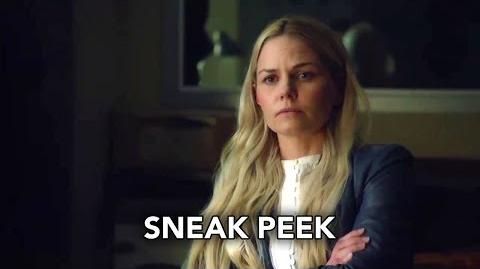 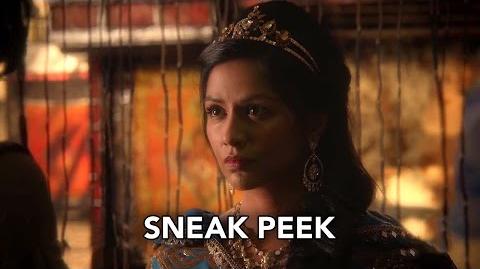 Aladdin Saves Jasmine - Once Upon A Time

Emma and Henry's Heart to Heart - Once Upon A Time

Hook Hides the Shears from Emma - Once Upon A Time