To break the spell... they had to kill the King.

"Shattered Sight" is the tenth episode of Season Four of ABC's Once Upon a Time. It was written by Scott Nimerfro and Tze Chun, and directed by Gwyneth Horder-Payton. It is the seventy-sixth episode of the series overall, and premiered on December 7, 2014.

Storybrooke is in a state of chaos with all the residents under the Snow Queen’s Spell of Shattered Sight at each other’s throats. Emma and Elsa race against the clock to free themselves of the ribbons and take down the Snow Queen and her curse. David can only watch when Regina clashes with Mary Margaret in an epic battle. Meanwhile, Gold gathers Belle and Henry as he prepares to leave town forever, and Will Scarlet looks to square his tab with Hook. Kristoff’s thick-headedness leads Anna to a heartwarming discovery.[2]

Mary Margaret, David, and Kristoff begin to argue amongst themselves in the police station because of the spell of shattered sight. Anna joins Elsa and Emma, and recalling how the spell was broken in the story, informs them that the only way to break the spell is to kill Ingrid. Leaving Neal with Anna, Elsa and Emma try to fight Ingrid at Any Given Sundae, but the love in the ribbons prevents them from hurting her. Emma theorizes that hate of the same magnitude could destroy the ribbons and they set off to find Regina, who was sealed up in her vault.

Emma removes Regina's shielding spell around her vault and deliberately provokes Regina into using a fire spell. The spell burns through the ribbons on Elsa and Emma and they flee after Emma delays Regina with magic.

During the Dark Curse, after Ingrid comes to Storybrooke in search for Emma, Regina is walking down the street, unhappy with the emptiness in her heart. She stops at Any Given Sundae, confused at why it's there. She looks through the window and sees Ingrid. Not knowing who she is, she looks back, confused, and enters the shop asking her who the hell she is. Ingrid replies that she's the ice cream lady, offering her some Chunky Monkey ice cream. An angry Regina asks her, "Do you see this figure? Do I look like I eat Chunky Monkey?". She then proceeds to approach Ingrid, asking why hasn't she seen her before. Ingrid says that she doesn't know and says "I've worked here since... well...", as Regina cuts her off and says "forever?". Ingrid agrees and says that she hates the cold and doesn't know why she even has this job. She adds, with a chuckle, "It's like I pissed someone off in a past life and... they cursed me". Seeing that Regina isn't amused, she asks her if she's sure she doesn't want something. Regina says no and leaves the shop, with one last glance of confusion. Ingrid crouches behind the counter, revealing Dopey tied up. She says that he has to remain silent and forget, adding that there may not be magic in this world, but that she brought her own. She then pulls out a memory crystal and says that the Evil Queen needs to stay blissfully unaware.[3] 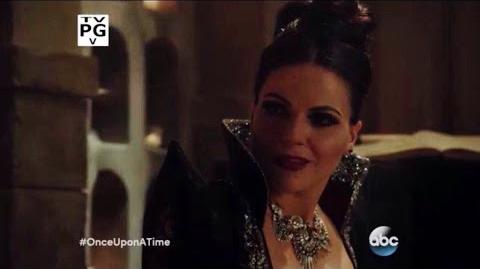 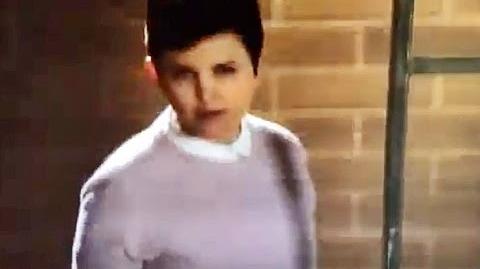 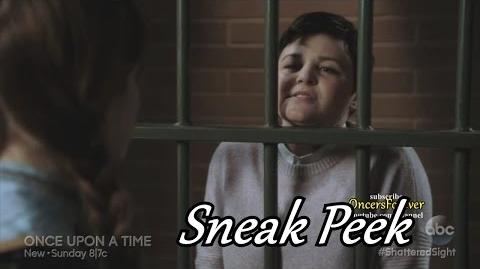 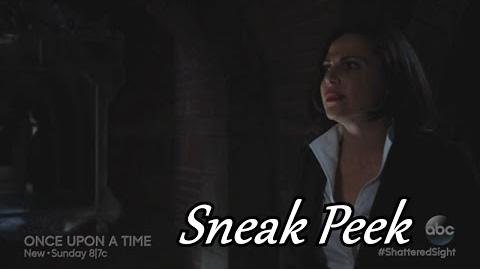