"Save Henry" is the ninth episode of Season Three of ABC's Once Upon a Time. It was written by Christine Boylan & Daniel T. Thomsen, and directed by Andy Goddard. It is the fifty-third episode of the series overall, and premiered on December 1, 2013.

While Henry's life hangs in the balance, the race is on to stop Pan from gaining full magical powers from the heart of the truest believer. Meanwhile, in Storybrooke of the past, Regina decides to fill a void in her life and, with Mr. Gold's help, sets out to adopt a baby.[2]

Back in the Enchanted Forest, as the curse makes its way to the Royal Castle, the Evil Queen heads to Rumplestiltskin's cell to inform him that she cast the curse. He asks her how it felt, and she replied by saying it felt like victory. He follows up by asking how it felt to kill her father. She says it doesn't matter how it felt, but he reminds her that all the curse will accomplish is a void that cannot be filled.

In present-day Neverland, Emma, Regina, and Neal try to wake up Henry, as Peter Pan lands back on Skull Rock. Emma asks what he did to Henry, but he professes that it was Henry himself who gave him his heart. Emma pulls out her sword and goes after him, but he quick disasters and grabs Pandora's Box, saying that if Rumplestiltskin didn't have the guts to hurt him, neither do the heroes. As Peter Pan leaves, Regina promises that she will save him.

Eleven years ago in Storybrooke, Regina is filling out paperwork when Archie comes into her house. He asks if everything is okay and Regina says "yes". Archie, however, knows she's lying and asks again. When Regina says she doesn't feel anything, Archie asks when she didn't feel nothing. She responds by saying she felt happy when Owen visited. He then tells her a child can provide meaning to one's life.

Regina immediately goes to Mr. Gold for help. She mentions that adoption agencies have a two-year waiting list, but she thinks he can help. He agrees to help, but he warns her that she must put her child first, no matter what.

Back in Neverland, Regina casts a preservation spell on Henry to keep him alive, while they find Pan. Emma suggests to go where Pan lives, but Regina says the plan is idiotic. When Emma tells her to calm down, regina explains that her son is dying and no one knows how she feels, so she wants to find Henry without wasting time. Neal explains that Pan is too powerful, but Regina professes that if he can bleed, then they can take him out.

Emma, Regina, and Neal meet up with the group and everyone makes a plan to get the Lost Boys to tell them where Pan is. Regina suggests torture, but Emma thinks giving them want every kid wants, a mother, is the best way.

Back in Storybrooke eleven years ago, Mr. Gold tells Regina that an adoption agency is looking to give a baby boy a home, and Regina will be able to adopt him.

When Regina travels to the adoption agency, the adoption agent tells her that her application is very good, and he brings the baby boy in. When she meets him, Regina names him Henry after her father.

In Neverland, Emma tries to persuade the Lost Boys into helping her find Pan. She tells them that if they help she will take them home. Everyone agrees to this expect Felix. Emma manages to get them to tell her that Pan is at his thinking tree.

Regina takes baby Henry to Granny's Diner, where he starts to cry. Granny comes up to Regina and tells her to tell him a bedtime story, but when she does, he spits on her. To this, Regina takes Henry to the hospital, where Dr. Whale gives him an exam. He assures her that there is nothing wrong with him, but if she wanted to make sure, she would have to find information on Henry's birthmother. Regina then asks Sidney to find the records illegally.

Emma and her allies make a plan to find Pan at his thinking tree and bring Henry his heart. Neal suggests that they should get the Lost Boys on the Jolly Roger and prepare it for flight, while Emma, Regina, and Mary Margaret get back Henry's heart.

Regina goes home and is trying to work when Henry starts crying again. She picks him up and cradles him in her arms and he stops crying. Sidney then calls and faxes Emma's information to her and she is shocked. Regina goes directly to Mr. Gold, asking him if Henry's birthmother is important. He doesn't know what she is talking about, but she get increasingly angry and decides to give Henry back.

Emma, Regina, and Mary Margret find Pan's thinking tree and Pandora's Box. As Mary Margret tries to grab it, she, Emma, and Regina are tied up to the tree. Pan comes out of the shadows and tells them that they will be reunited with Henry, but only in death.

Regina goes back to the agency to give Henry back, but she is sad it didn't work out. When the adoption agent goes to make final preparations for the new family, Regina changes her mind and decides to keep him.

Peter Pan explains that the tree Emma, Mary Margret, and Regina are tied to attacks the regret in one's souls. He also states it's where he abandoned his son, who is now trapped in Pandora's Box. The women are shocked that he is related to Mr. Gold (and, by extension, Neal and Henry). Pan tells them they will not escape because each of them has actions that they regret. He tells Emma that she regrets giving up Henry and Mary Margret regrets giving up Emma, but when he says Regina should regret casting the curse and murdering thousands, she says she doesn't because it got her a son. As soon as she says this, the vines holding them to the tree break and Regina takes back Henry's heart and Pandora's Box.

Emma rushes back to the ship with Henry's heart, where Hook is putting the Lost Boys on board. She puts Henry's heart back in his chest, and he wakes up after a few seconds. Hook suggests that Henry gets some rest in the Captain's quarters.

Regina invites Archie again and discusses her child with him. He thinks it is amazing that she found someone to love, but Regina is worried that Emma may come to take Henry back someday. Archie tells her to live in the present, but Regina is too scared that she won't be happy if she keeps dreading the future. She goes into her vault to make a forgetting potion so she can enjoy being with Henry.

Regina tucks Henry in bed and put a protection spell on his heart, so no one can take it ever again. Back on the second floor of the ship, Neal releases Mr. Gold from the Pandora's Box and they share a hug, fully reconciled. Quickly, Mr. Gold realizes his grandson is in trouble and gets to him just in time, as his desperate father is trying to rip his shadow out. Luckily, Mr. Gold is able to trap him in Pandora's Box, but Pan switches bodies with his grandson, who ends up trapped instead.

Regina, Emma, and Neal trap the Shadow on the sail by launching it out of a cannon. The ship begins to fly and everyone plans to get back to Storybook soon. Everyone reunites with and thanks one another. Henry comes back to the top of the ship and talks to Felix. Felix is mad at him at first, but when he discovers he is not Henry, and in fact Pan, he begins to smile. Pan professes that since no one knows he switched bodies with Henry, he and Felix can defeat the heroes. 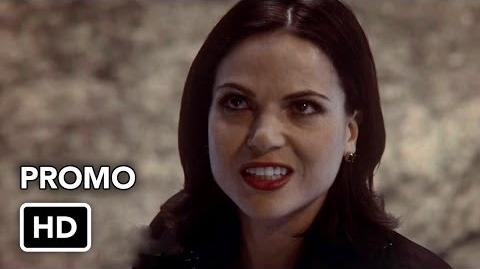 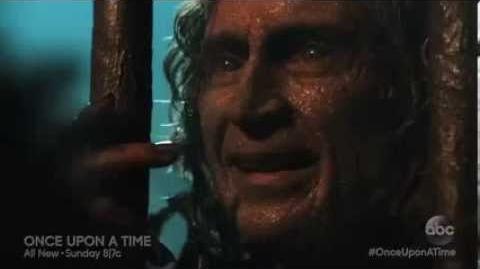 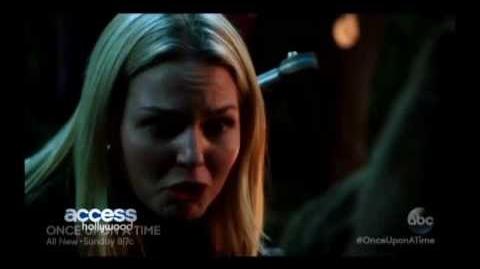