You are staying inside and you're keeping that hood on. You know red repels wolves.

After quitting Granny's diner, and with her self-esteem at an all-time low, Emma hires Ruby to be her assistant in order to help her discover what it is in life that she's good at. Emma continues questioning David about the disappearance - and possible murder - of Kathryn. Meanwhile, in the fairytale land that was, Red Riding Hood yearns to run away with her true love. But she, along with her fellow townspeople, are virtual prisoners when a bloodthirsty wolf continues on its relentless killing spree.[1]

Emma begins interviewing David about Kathryn's disappearance. After a few questions, she lets him go, as there is not enough evidence to press charges. At Granny's Diner, Ruby is talking to August, and he tells her about traveling the world when Granny calls her over and tells her to stop flirting and do the diner's paperwork. The two argue, and Ruby walks out, stating she quits.

In the Enchanted Forest, Peter meets with Red at her home. He comes to her window and threatens to "huff and puff and blow the house down", unless she opens it. Granny, her grandmother, calls Red to come into the other room, but the two steal a kiss before Peter leaves. A group of townspeople are at the door, saying they want to hunt the enormous wolf that has been in the area killing sheep. Red wants to go with them, but Widow Lucas refuses. She tells Red to bar the door and windows and keep her red cloak and hood on. The next morning Red is gathering eggs from the chicken coup, when she runs into Snow White, who is hiding in the corner. Still hiding from the Evil Queen, Snow White introduces herself to Red first as Frosty. Red is doubtful that this is her true name, and Snow White confesses that she is just hiding from someone. Then she says that Red can call her Margaret, but then she changes it to Mary. The two walk to the well to get water. They notice the water is crimson with blood, and there are multiple mangled bodies near the well. The bodies are those of the men who came to the cabin the night before.

Emma and Mary Margaret are walking down the street in Storybrooke when they run into Ruby talking to Dr. Whale. She has decided to leave town immediately, but they persuade her to come to their apartment for the time being so that she can figure things out. Later, Mary Margaret goes to the spot where Kathryn had disappeared. She runs into David who was looking for Kathryn. David just keeps saying repeatedly that he's looking for his wife, before he walks away leaving a confused Mary Margaret.

During a town meeting in the Enchanted Forest, Mayor Tomkins is telling the people that he could have slayed the wolf had he been there. Granny storms in stating that she knows that they would have died as well. The wolf is too dangerous to face, and they must hide from it. She tells them about her own experience with the wolf. Sixty years before the wolf attacked and killed her six brothers, and she survived, but still has the scars. She says that it cannot be killed. Red tells Snow White about Peter and that Granny won't let her leave the house to see him. Red says that they should go kill the wolf which Snow White is against.

While searching for the wolf, Red teaches Snow White about tracks and tracking, and they find the wolf's foot prints. They find tracks that change from wolf into human, making them wonder what they are really dealing with.

In Storybrooke, Henry helps Ruby look for a new job. Henry asks her about a possible job of delivering things to others as a courier using a basket. Ruby then answers the phone and takes messages, and an impressed Emma asks her to be her assistant. Mary Margaret tells Emma about her strange encounter with David. Ruby goes to Granny's to pick up lunch, and she tells her about her new job. Granny tells Ruby that she is doing the same job she was doing before.

In the Enchanted Forest, Red tells Snow White about a strange creature she has heard of that transforms from a human to a wolf, when the moon is full. They continue to follow the tracks, which lead to the cottage and Red's window. Red says that Peter came to her window the night before, and Snow White thinks that the wolf is Peter, which worries Red. Red convinces Snow White that she has to do something. Later, Red meets with Peter, and she tells him her theory that he is the wolf or the wolf is using his body. It is preventing him from remembering afterwards. Peter agrees that they should tie him up, and Red vows to stay with him.

In Storybrooke, Henry tells Emma that Ruby is Little Red Riding Hood, which Emma dismisses. Emma takes Ruby out with her to investigate the place where Kathryn disappeared into the woods. They are following tracks when Ruby is able to hear David. They find him unconscious. When he revives, he has no recollection of anything that has happened since the previous night.

At the hospital, Dr. Whale says David is having the same experience he had when he came out of his coma. He says he can refer him to Dr. Hopper for psychological assistance. David fears that this episode of memory loss occurred during his last moment with Kathryn. Still listed as David's emergency contact, Regina arrives and scolds Emma to go look for Kathryn. Ruby goes to the toll bridge upon Emma's instruction to see if she can find anything. She finds a box buried under a wooden plank and screams upon opening it.

In the Enchanted Forest, Granny wakes up Red who is actually Snow White in disguise, in Red's bed wearing her red cloak and hood. Granny worries, and Snow White tells her to trust Red and that Peter is the wolf, but Red will be safe as Peter is tied up. Granny is even more upset by the fact that Peter is tied and helpless. The scene shifts to Peter tied up and screaming, "Red don't do this!" as Red, now the wolf, maliciously approaches him.

While walking through the forest, Granny tells Snow White about the history of their family's curse. She has kept the knowledge from Red, and Granny used to be a wolf herself, but lost much of the power to transform due to age. She can still track and tells Snow White the cloak is magical and stops Red from turning into the wolf, but she hardly wears it. They find Red eating the remains of Peter. Red lunges at them, and Granny fires a sliver tipped arrow at her, stopping her, and they quickly cover her in the red cloak. The cloak restores Red to her human form. As they hear the townspeople coming, Snow takes Red away, leaving Granny there alone.

In Storybrooke, Ruby shows Emma the contents of the box. She is still in shock by her discovery and questions being cut out for police work, and Emma, amazed with Ruby's tracking skills, comforts her. Ruby goes the diner and asks Granny if her arm is hurting her. Granny says it does every full moon, showing that the scars from the wolf attack in the enchanted forest the are still with her here in Storybrooke.

Ruby asks to come back and admits that the extra responsibilities Granny discussed earlier scared her. Granny says that she was so insistent on Ruby learning to run the diner, because she wants Ruby to own the place when she retires. She says that Ruby loves it as she does, and the two hug. Mary Margaret checks on David at his workplace, and Emma shows up. She tells them about the box and that there was a human heart inside it. There are fingerprints on the box. David wants to know if he is being arrested, but Emma says that they are not David's fingerprints; they belong to Mary Margaret. 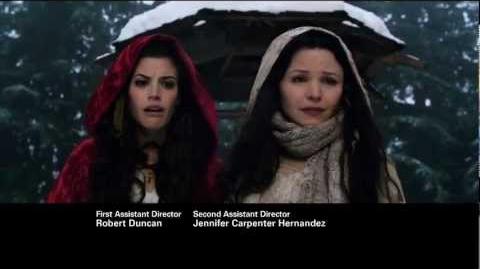 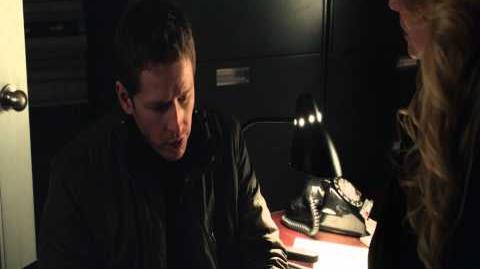 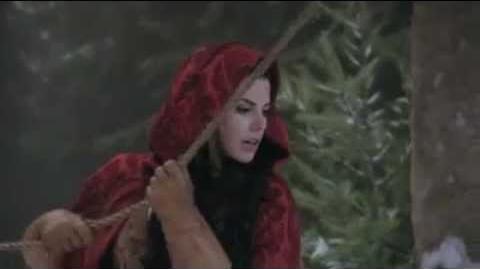 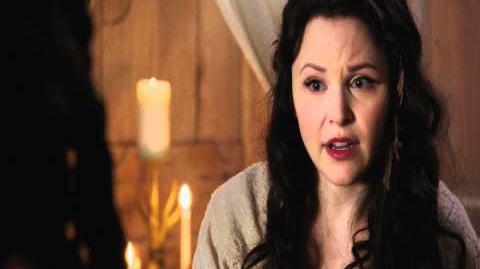 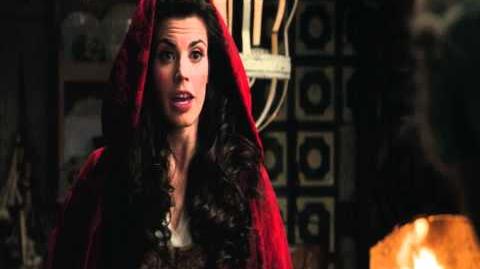