Black Fairy: But part of you wanted to help me, now didn't it? Part of you always does.
Gideon: Of course, mother.

"Mother's Little Helper" is the sixteenth episode of Season Six of ABC's Once Upon a Time. It was written by Paul Karp after a story by Edward Kitsis & Adam Horowitz, and directed by Billy Gierhart. It is the one hundredth and twenty-seventh episode of the series overall, and premiered on April 9, 2017.

Gold and Belle convince Emma to help Gideon, explaining that together they can stop the Black Fairy. Henry experiences a disorienting shift in his powers that forces Regina to seek counsel from the previous Author. Meanwhile, in Fairy Tale Land, Hook attempts to win the assistance of an old adversary by betting his most prized possession on a game of cards. And, in a flashback, the Black Fairy tortures young Gideon in hopes of molding him into the perfect apprentice.[2]

Emma and Gideon are running from the spider and hide inside a room in the Sorcerer's mansion. Emma wonders "what the hell" that was. Gideon explains that it was the Great Spider from the Echoless Forest. "The what from the what?", she asks. He tell her that it is a monster from a book, Her Handsome Hero". Emma remarks, "From a book. Great. We are running from a pop-up character" and wonders why the Black Fairy would send it here. Gideon says that she did it to kill them before they get the chance to kill her. An angry Gideon throws a table lamp into the wall, where it breaks in a shower of electricity. Emma tells him to call down or he's going to get them both killed. Gideon wonders why she cares anyway; without the tear, the spell is destroyed and she is not getting Hook back. He believes that their alliance is at an end, but Emma refuses to abandon him. He tells her that after everything he's done, she should walk away. Emma says that Saviors don't do that and she won't let the Black Fairy or her "itsy-bitsy nightmare" terrorize him or her or this town. "So let's go down there and destroy it", she whispers. At that, she walks off to fight the beast. Gideon reluctantly follows.

*Between "But why are there not water-babies?" and "Because there ain't.", there is a paragraph which has been omitted from Henry's book: "I trust and hope that it was because the professor trod at that moment on the edge of a very sharp mussel, and hurt one of his corns sadly, that he answered quite sharply, forgetting that he was a scientific man, and therefore ought to have known that he couldn't know; and that he was a logician, and therefore ought to have known that he could not prove a universal negative — I say, I trust and hope it was because the mussel hurt his corn, that the professor answered quite sharply:" 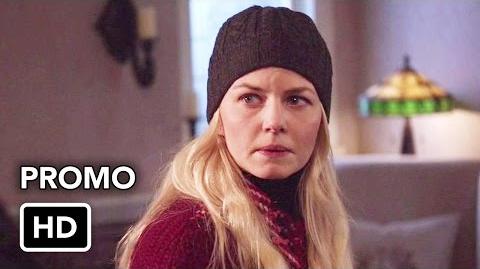 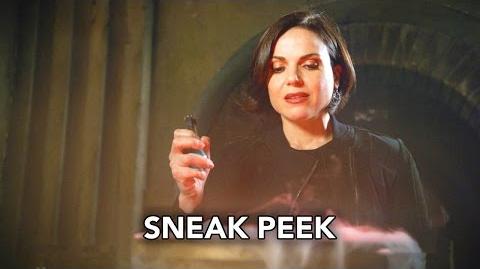 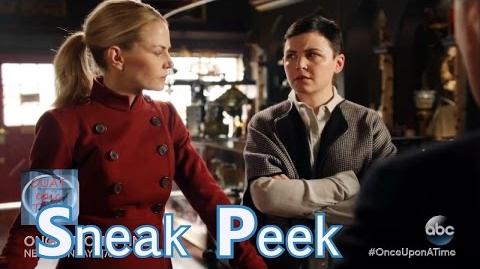