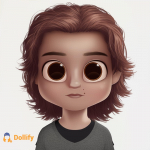 Welcome to my message wall.

If you need help with anything forum, chat or fanon-related, just leave a message and let me know :)