Every time I let Lily in, she rips apart my life.

"Lily" is the nineteenth episode of Season Four of ABC's Once Upon a Time. It was written by Andrew Chambliss & Dana Horgan, and directed by Ralph Hemecker. It is the eighty-fifth episode of the series overall, and premiered on April 26, 2015.

Emma’s potential for darkness is looming over everyone, but when Emma realizes Maleficent's daughter Lily is in fact her closest friend from her foster care days, she resolves to find Lily and reunite her with her mother. Regina joins forces with Emma and together they set out to track down Lily and to warn Robin about Zelena. However, neither of them is prepared for the harsh realities they'll encounter in the outside world. Meanwhile, in Storybrooke, Gold faces a crisis involving Belle. In a foster care flashback, things are looking up for young Emma with her new family until Lily's appearance threatens to destabilize everything.[2]

In the past, Emma is happy in her foster home when she goes into the garage to get something for their family camping trip. She hears something and takes a bat to see what it is. She finds Lily hiding and asks what she's doing there. Lily says she is in trouble and needs Emma's help. While they are arguing, Emma's foster father comes in and asks who it is. Lily tells him she is an old friend of Emma's and her foster family just moved into the neighborhood.

Lily stays for dinner and lies about how they met. Emma is angry and takes her into the kitchen, where she sees Lily on the news as a suspect for an armed robbery. Lily begs her to get a necklace from her boyfriend's house, since she doesn't want to see him as he was the one who made her do the robbery.

When Emma returns, she discovers Lily has left and stolen their vacation money. Her foster parents are angry and when her father makes a comment that makes Emma feel like an outcast, she leaves. Lily finds her sitting at a bus stop and tells her that she freed her from the burden of family life. When Lily begs Emma to join her and run away together, an enraged Emma tells her she's done helping her and is better off alone. Later, Lily is riding the bus and examines her necklace. An elderly man tells her it is a lovely necklace and compliments the birthmark on her hand. He is the Apprentice and tells her he has many answers for all her questions. He admits he is partially responsible for her misery and offers to tell her all about her life, starting with her mother.

Emma watches as Gold and the Author bury Cruella; Isaac still had some affection for her. At the restaurant, she vows to retaliate against Gold while her parents, son, Regina and Hook were all seated, looking very uncertain as they regarded her. Maleficent enters and tells her she can help with that. She reveals her daughter is alive and wants Emma to help find her. After learning her name is Lily, Emma researches the archives and discovers it is the same teenager she knew. Regina finds her and realizes it is the same friend Emma told her about, the one she pushed away. Regina tells Emma there are powers they can't understand and asks her to come with her and push back at fate. They ready to leave for New York as Gold approaches Will in his shop. Threateningly, he orders Will to steal back Belle's heart from Regina. Emma and Regina say their goodbyes to Henry. Mary Margaret tries to give her a hug but Emma gives her the cold shoulder and tells her to watch Henry. David promises they will. Regina brings the Snow Queen's scroll and they leave to find Lily. They get an old address but upon arriving, they learn that she has died. Emma gets angry when the man calls Lily a monster and nearly punches him but Regina stops her. Later, they are driving when a wolf in the middle of the road causes them to stop and get a flat. They go to a local diner while Regina gets the car towed. Emma notices the star birthmark on the waitress's wrist and realizes that Lily is not dead. She approaches her and Lily lies, telling her she is happy and Emma doesn't need to be sorry for her misery. Emma knows she is lying, steals her address and they go to her real house. Meanwhile, Mary Margaret and David go to the mayor's office and apologize to Maleficent. Bitterly, she tells them they should apologize to Lily, but it is unlikely that she will forgive them.

Back in Massachusetts, Emma and Regina discover a map and pieces of information in Lily's room that reveals she knows the truth about her and what Emma's parents did to her. They hear their car being stolen and rush outside as Lily drives away. Emma steals another car and they chase after Lily. Upon cornering her, they question how long she has known. Lily taunts Emma and they fight until Emma pulls a gun on her. Lily tells her to pull the trigger but Regina begs her not to since it will turn her dark just like Gold wants. After a tense moment, Emma lowers the gun.

Gold goes to the mayor's office and confronts Maleficent. Maleficent tells him if he wants Belle's heart to come in and get it. He reaches forward through the door but is blocked, revealing Regina's protection spell. Maleficent tells him she won't release Belle's heart and Emma is already on her way to find Lily and will be fine. Gold implies Lily will help make Emma dark. As they talk, Gold distracts Maleficent as Will sneaks in and escapes with Belle's heart. Maleficent is irritated at this and Gold leaves. Later, Gold finds Belle and Will, who has shown Belle her heart in a box, and apologizes for deceiving her. He tells her he won't hurt her anymore and that Will will protect her now before returning it to her chest.

Regina discovers she no longer has leverage over Gold, and tells Emma and Lily they have to warn Robin about Zelena. At his apartment, Regina sees Robin and asks if Marian is home. Learning she is not, Regina quickly tells him Zelena killed Marian and has been posing as her. Robin can't believe it and moments later, Marian comes home and acts frightened. Regina threatens her and Robin tries to calm the situation before Zelena reveals herself. Regina tells him to get Roland so they can go, but he says he can't. Reveling in the moment, Zelena grins wickedly as a shocked Robin reveals she is pregnant. 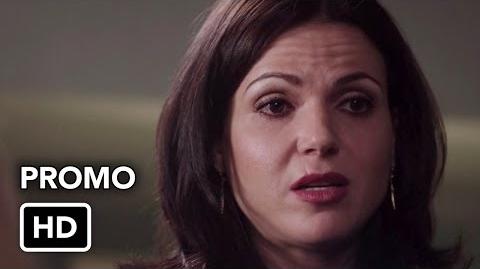 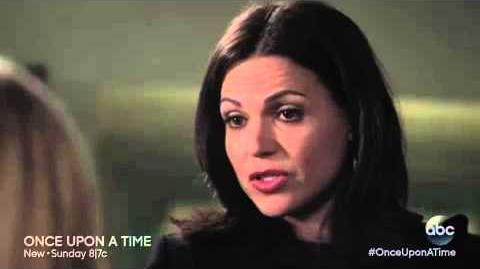 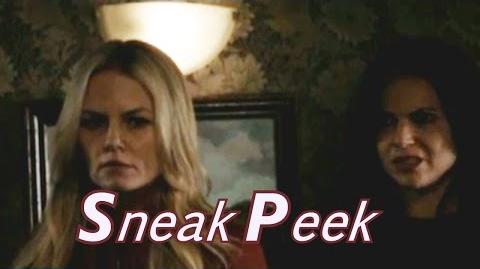