Snow White: So what exactly is your last labor?
Hercules: It's the most difficult one of them all. Defeating the three-headed hellhound Cerberus.

"Labor of Love" is the thirteenth episode of Season Five of ABC's Once Upon a Time. It was written by Andrew Chambliss & Dana Horgan, and directed by Billy Gierhart. It is the one hundred and first episode of the series overall, and premiered on March 13, 2016.

In the Underworld, an escapee from Hades' prison informs the heroes that Hook is being held captive. But before the heroes can rescue Hook, they must face a terrifying beast that guards the prison. Mary Margaret searches for an old childhood friend who knows how to defeat the monster. However, once reunited, she discovers that her friend is no longer the hero he once was. Meanwhile, in an Enchanted Forest flashback, a young Snow White struggles to preserve peace in her kingdom and must learn how to be a true hero if she wants to one day become queen.[2]

Years back in the Enchanted Forest a young Snow White was told of bandits raiding the villages nearby her kingdom and is asked for help but sadly she could not be of help. While trying to run she falls into a trap . She is lifted up by Hercules and she thanks him. Later the two bond, sharing their thoughts and memories of their past. Snow sadly says that she is not fit to be queen. Hercules rejects her negative thinking and says that the fear of failure can't let her stop protecting her kingdom. He tells her of his status as a demigod and says that to join his father on Olympus he'd have to complete his twelve labors. He recounts his encounter with the Nemean Lion and says that his last task is to defeat the tri-head hellhound Cerberus.

Hercules teaches Snow how to fight and later encounter the thieving bandits that raided the villages. Snow fails to make a brave impression of herself to which the bandits jeer at her. Hercules stands up to protect her and the thieves disperse.

The bandits are seen at the Evil Queen's palace where the Evil Queen pays them rewardingly for their services to humiliate Snow White in front of her people so they reject her and accept Regina as their ruler.

The bandits have another encounter with her yet again but she is prepared for a fight. The men disperse after she disarms their leader and Snow thanks Hercules for training her. The two say their last goodbyes and share a kiss.

In the Underworld beneath the surface a battered and bloodied Hook rots. A girl who is with him tells him escaping is pointless. He denies it and says that he may not be able to make it but she can while he distracts the hellhound. He tells her to find Emma Swan after she escapes. She is successful in her attempt while Hook is bashed up by the hellhound and taken to Hades. Snow and Charming roam about in the graveyard she is shocked to see the tombs of her father's deceased subjects and Charming assures her that she is great at protecting their daughter Snow comes across a grave labelled with a familiar name. Snow is shocked to see the name of her now deceased, childhood friend across the marker :Hercules. She said to her husband that she and Hercules were childhood friends. He asks her of their friendship to which she detects a hint of envy in him.

She realizes she must aid Hercules in finishing his unfinished business. Henry, Robin Emma and Regina roam the woods searching for Hook. Regina states she can use a map of the Underworld which lies in her office to locate Hook.

Henry and Robin leave for the office to find the map. Regina and Emma find the girl who escaped the hellhound and they take her to the Underworld version of the Blanchard loft. The shocked girl gives a description of the Hellhound and Snow realises she had faced the creature years ago and she'd know how to defeat it.

The trio go to the Underworld replica of Granny's Diner where the Blind Witch is still angry with Regina for burning her alive in her oven. She knew Hercules and that he comes here everyday.

Snow finds her friend at the docks but for a moment he does not recognise her and after a brief look at her, he does. The two have a happy reunion and he states his unfinished business is completing his final labor.

At the centre of Hades' lair Hook is tortured and Hades is angry with him about his girlfriend and her family being a threat to him and his domain. Hades encounters Emma, Regina Snow White, Charming and his nephew Hercules and introduces himself. He reveals of how Hercules really died : being killed by Cerberus. Snow was shocked to hear this and Hercules said he didn't want to disappoint her. Emma is given Hook 's blood stained hook and is now growing afraid. Hades says that his fate would be worse than death.

At the office Henry Mills encounters his kidnapper Cruella who asks him for help. As the author, Cruella states that Henry can help her get back to the Land of the Living where she can soak herself in glamour, music and gin.He tells her he broke the quill and that the author can't even resurrect the dead. But she reveals that the power of the author is far greater than the Apprentice told him about. She knew when he broke the quill and said that the quill is not an ordinary one. It is a living magical being that was sent down to the Underworld when he snapped it in half.

She said that if he helped her she would be alive and Emma would no longer be a murderer. She not only tempts him by this notion but she creates an idea in his head about holding the power as the author again. His mind is reluctantly drawn to dark methods and power and accepts her deal. He lies to Robin about the office being a dead end.

At the centre of Main Street all the heroes face Cerberus but the girl is sent to hide. Snow and Hercules face this vicious canine and defeat it before watching it disappear in a cloud of black smoke.

Later Hercules recalls of how he met the girl and she does too recall meeting him. But she said she was also killed by Cerberus right after he was killed. The two bond a moment later and the girl reveals herself to be Megara. Snow said she needed to let go of being Mary Margaret, as that persona makes her forget her life as Snow White. And all happily agree.

Later Hercules and Megara depart for Olympus to rejoin his father Zeus. Down at Hades' lair the hellkeeper presents the pirate with no alternative but to kill his girlfriend and her family each of them for every soul they have sent to Olympus from the Underworld and he gets to pick whom.

At the Underbrooke Blanchard loft, Emma is upset due to Hades leaving proof that he is torturing Hook. David comes to comfort her and says that they will handle it, while Mary Margaret backs off and blames herself, and remarking that she realizes the "reality" now. As she walks upstairs, Regina stops David and goes to talk to her herself. 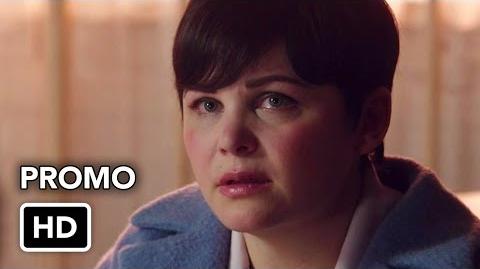 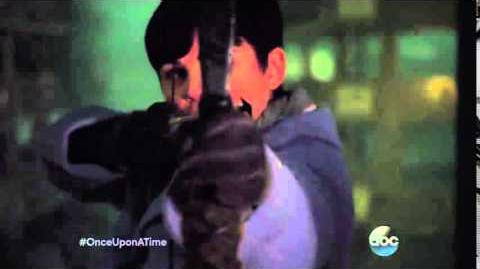 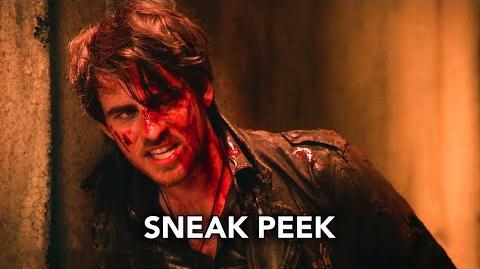 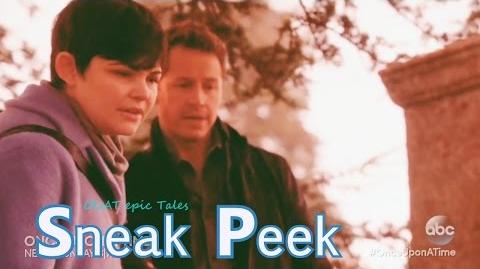 Hades Gives Hook An Ultimatum - Once Upon A Time

Cruella Shares Her Plan With Henry - Once Upon A Time