Your father went on a little detour because there's more important things to him than his daughter. He fought a duel for his precious honor.

"Knightfall" is the thirteenth episode of Season Seven of ABC's Once Upon a Time. It was written by Jerome Schwartz & Miguel Ian Raya, and directed by Steve Miner. It is the one hundred and forty-sixth episode of the series overall, and premiered on March 16, 2018.

Rogers strikes a deal with Eloise despite Tilly’s fair warning, while Ivy struggles to find herself after Victoria's death. Meanwhile, in a faraway realm, Hook confronts Captain Ahab over a legendary magical talisman which can free Alice, only to learn that his quest may have unintended consequences.[2]

"I Know Who You Are"

This scene is included on the Once Upon a Time: The Complete Seventh and Final Season Blu-ray, but not the DVD.

An extended version of the scene where Ivy packs up her mother's things in Victoria's office. Ivy finds the photograph of her mother and looks at it yearningly before she packs it up. Lucy then shows up at the office, but Ivy tells her to go away, as she is not in the mood for "plucky and precocious". Lucy says that Ivy is angry and heartbroken because she (Lucy) knows Ivy is Drizella, and she knows Drizella poisoned Henry thanks to a storybook page that came to her yesterday. Ivy dismisses her, saying that she doesn't have time for fairytales. Lucy begs Ivy to save her father because her mother is gone now and she doesn't have to be evil. She also says that Ivy will never be with Henry, because good things doesn't happen to bad people, who are always alone in their misery. Before Lucy goes away. she advises Ivy to give up being a villain. To prove Lucy is wrong, Ivy decides to call Henry. 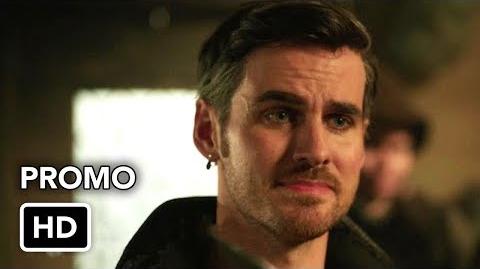 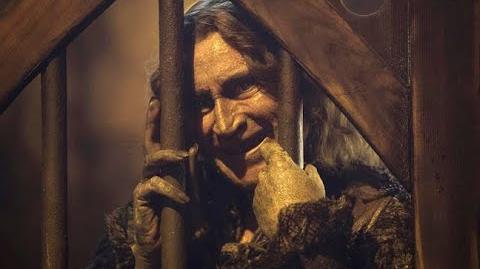 Ivy Kisses Henry – Once Upon A Time