"I'll Be Your Mirror"

"I'll Be Your Mirror"

Regina: Now, we can't hurt the Queen, but maybe we can trap her.
Emma: In a mirror?
Regina: In the world behind the mirror.

"I'll Be Your Mirror" is the eighth episode of Season Six of ABC's Once Upon a Time. It was written by Jerome Schwartz & Leah Fong, and directed by Jennifer Lynch. It is the one hundred and nineteenth episode of the series overall, and premiered on November 13, 2016.

Emma and Regina formulate a plan to trap the Evil Queen in a prison of their own making, while Snow and David adjust to life without each other. As Henry nervously prepares to take Violet to the school dance, the Evil Queen impersonates Regina to give him some advice that could lead him down a dark path. Meanwhile, Zelena agrees to help Belle, and together they enlist Aladdin to steal a magical object from Mr. Gold that could protect Belle and her unborn child from him forever.[2]

An extended version of the scene where Henry frees his mothers from the mirror. After the serum queen says to Henry that she only wants what's best for him, she adds, "Remember that". After she teleports away, Henry explains to his mothers how the queen gave him the hammer so he would be forced to crush the Dragon's heart, but he remembered how she also told him never to compromise who he was, so he smashed the mirror instead. Regina assures Henry that they will get the Dragon out, and Hook and Emma share a tender moment while Henry heads off to his dance with Violet.

Mary Margaret tells her son the story of how his parents met, which is how she saved David from the trolls. After hearing it, Neal says his first word, which makes Mary Margaret very happy but also sad as his father is not there to witness it. After she puts her son in his crib, she sits near David, attempts to leave a note for him. After a brief moment, she tears the page apart and says that she can't do this anymore and wakes him up after saying she misses him. After David awakens and Snow sleeps, he sees the torn page and tells her that he misses her too.

A segment where Doc gets into his car and checks himself in a mirror (presumably for the scene where Emma and Regina are in the World Behind the Mirror and calling out to their friends) was deleted from the episode.[3] However, David Avalon is still credited in the episode's press release.[2] 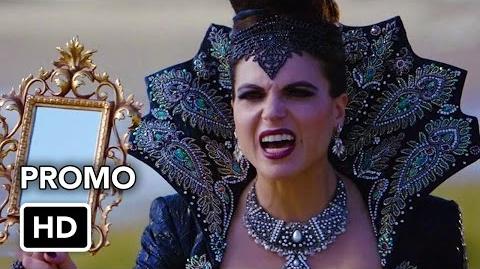 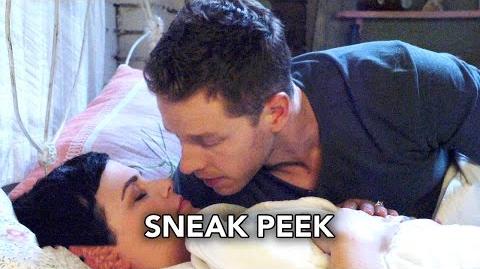 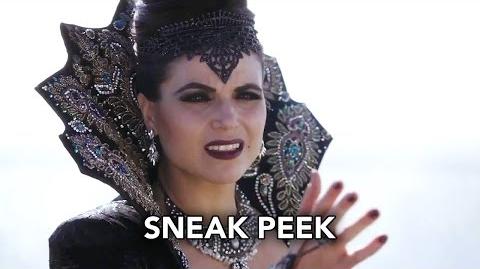 Henry Saves Regina and Emma - Once Upon A Time

Rumple Wants Zelena Dead - Once Upon A Time