I'd like to tell you a story. It's about heroes and villains, where the villains always lose.

"Heroes and Villains" is the eleventh episode of Season Four of ABC's Once Upon a Time. It was written by Edward Kitsis and Adam Horowitz, and directed by Ralph Hemecker. It is the seventy-seventh episode of the series overall, and premiered on December 14, 2014.

In the aftermath of the Snow Queen’s spell, our heroes try to pick up the pieces and Regina has to make a difficult choice. Hook’s fate hangs in the balance as Gold’s quest for power threatens everything he holds dear. And, in the Enchanted Forest flashback, an intrusion during Belle's stay at Rumplestiltskin's dark castle will wreak havoc in both the past and the future.[2]

These scenes are included on Once Upon a Time: The Complete Fourth Season.

While Regina is having a meal at Granny's Diner, Henry comes in and informs her that they're still stuck in Storybrooke despite Ingrid's death. Regina says that she's heard thanks to the dwarves. Henry then tries to convince her mother to continue Operation Mongoose, which Regina answers that she's done chasing her happy ending and that whoever the Author is, they don't want to be found. Henry says that he refuses to believe that, which makes Regina smile and say that he doesn't have to worry about her. She then instructs her to go to work to his grandfather's pawnshop before it's getting too late.[3]

An extended version of the scene where Belle serves Rumplestiltskin tea and he whisks her off to laundry duty. Belle pours the Dark One a cup of tea and says that she figured out why he collects so many magical objects, like the gauntlet from Camelot. Sipping the tea, Rumplestiltskin remarks that he really needs to find more tasks for her. She believes that he has a hole in his heart, but he denies it, saying that he only has one in his stomach because she forgot the tea cakes. Snapping his fingers, a plate of cakes manifests. "Must I really do everything?", he asks her. As he helps himself to the cakes, Belle states that he is a lonely man and no matter how many things he requires, that's all they'll ever be: things, and an awful way to fill a heart. However, Rumplestiltskin says that the only thing missing from his life right now is clean clothes and with a snap of his fingers, a laundry basket full of clothes manifests on the dining table. Belle protests, saying that she scrubbed these clothes yesterday. The Dark One shoots back, "Well, scrub them again, dearie. You're getting a bit too big for your britches. You should remember your place. Cleaning mine." She gives him an angry look and grabs the clothes from the basket as she gets ready to go to work.[4]

While in the diner, Anna looks at the Twinkie on the table and asks what this is. Elsa remarks that it's "their version of a cake" and Anna jokingly says that it's a magic cake. Kristoff take a bite of it and likes it, but also says that they need to get back to Arendelle. Emma comes in and says that she has just spoken to Anton and informs the group that unfortunately, Storybrooke does not have an ideal climate at the moment and there will be no magic beans until spring. Anna becomes upset and worried due to Hans' current rule over Arendelle. Emma explains that they're trying, but portals are hard to come by.

Anna's comment about "magic cake" seem to be a nod to a common urban legend saying that Twinkie never goes bad. In reality, the official shelf life for Twinkie is 25 days. While this is longer than many other baked goods, it will still go bad after this time.[6] 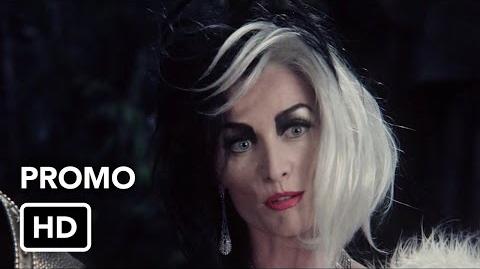 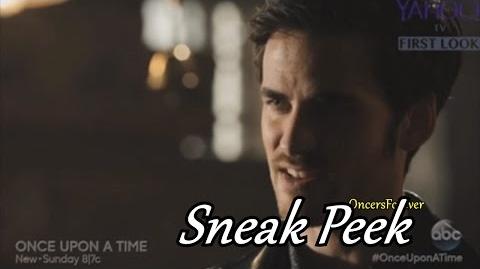 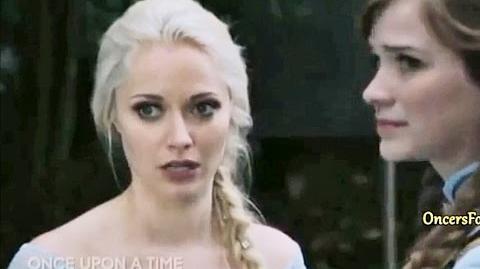