It's important that we stick together. Same amount of people that go through have to come back. No more, no less. It's the hat's rule, not mine.

”
—Jefferson to the Evil Queen

While searching for a missing Mary Margaret, Emma is kidnapped by a man whose affinity for hats has him teetering on the edge of madness. Meanwhile, viewers will be transported outside of the fairytale land that was for the first time when the Evil Queen persuades a skillful man of magic to come work for her one last time and travel to Wonderland in order to help steal something from the Queen of Hearts.[1]

In Storybrooke, Mary Margaret's cell is empty, and she is running through the woods. Henry Mills is in the department's lobby reading his book, when Emma comes down with Mr. Gold. Only when Henry congratulates her on helping Mary Margaret to escape, does Emma discover that she is gone. Emma goes to find her, as she will never prove her innocence, if anyone finds out that she escaped. Mr. Gold says that Emma is putting her job in jeopardy, but Emma says that her friend is more important. While driving down the road, Emma swerves to avoid hitting a man. She claims that she is looking for a lost dog, and he offers to help. He introduces himself as Jefferson, and she gives him a ride home, as she sees that he is limping. Emma and Jefferson arrive at his large house, and he says he has no family. Emma goes in with him, and he gives her a map of the area and some tea. The tea is drugged, and she gets dizzy, so he must catch her and put her on the couch. Before she blacks out, she notices he is not limping anymore.

In the Enchanted Forest, a man is in the woods playing hide and seek with his daughter Grace, while collecting mushrooms. They discover the Evil Queen's carriage at their house, and Grace is afraid. Jefferson tells her to hide in the woods, while he goes in to talk to her. She wants his help getting something back. Regina says that poverty does not suit him and addresses him as Jefferson. She asks for one last favor and promises to change his life. He could give Grace freedom from want, but he refuses her offer. His job he says cost Grace her mother, and he will not have her lose a father as well. The Queen seems to accept his refusal.

At the market, Grace runs up to a stall and picks up a plush white rabbit, stating it would be perfect for her tea parties. The old woman running the shop wants more for it than Jefferson's can offer, but Grace assures him she does not need the rabbit. After they go, the Magic Mirror appears and calls the woman cruel; she is revealed to be the Evil Queen. At home, Jefferson makes a white rabbit doll for his daughter. When he tells her that she will be staying with the neighbors, she knows it has to do with the Queen. He says that he wants her to have everything, but she says that all she needs is him. She does not want him to do it and makes him promise to return. He sends her outside and retrieves a strangely shaped box from out of a covered chest.

In Storybrooke, Emma wakes up bound and gagged, but manages to cut herself free by breaking her teacup and using the shards. She finds no exit and realizes Jefferson has been watching her. She finds him in a room sharpening his scissors. She sneaks to hide in the nearest room, where she is shocked to find Mary Margaret who has also been bound and gagged.

Emma starts to free Mary Margaret who explains why she is there, how Jefferson jumped her in the woods. She explains about finding the key to the jail cell as being how she got out. Jefferson finds them and holds them at gunpoint with Emma's gun. He makes Emma tie Mary Margaret back up and gag her, and says that he needs her to do something. Jefferson brings Emma into a room and confronts her with the knowledge that he knows about the curse. He has been trapped here for 28 years doing the same things every day, but remembering the Enchanted Forest and that this is not his life. He tells her that he knows she is special and that she has magic. He tells her he wants her to get "it" to work, and she notices a hat placed on the table.

In the Enchanted Forest, Jefferson goes to visit Regina at her palace. When she promises that his daughter will have a good life if he does this, he pulls a hat out of the box and spins it on the ground. Once spun, a portal opens and the two jump in together. Inside the hat, an enormous portal opens and they are able to see another land that they enter together. Jefferson and the Queen are in a room of doors. They enter through a mirror, after Jefferson warns her that two people must exit as two entered. It brings them to a path, and they run into a giant blue caterpillar sitting on a mushroom smoking a hookah and blowing smoke rings at them. Jefferson admits that he hates Wonderland as they proceed.

In Storybrooke, Jefferson wants Emma to make a hat, since none of the ones he has made have worked. Emma accuses him of thinking that he is Mad Hatter. She says that he is insane for believing that magic is real and that she can use it. He questions her belief on what is a real world, and he tells her that she and Mary Margaret are not leaving, until she gets a hat to work, so that he can use it to go home.

In Wonderland, Jefferson and Regina stand before a maze that belongs to the Queen of Hearts. He says that it is too dangerous, the hedges eat people and the Queen of Hearts will have them killed, but the Evil Queen threatens not to return with him, since they both need to be together when they leave. The Queen burns a hole through the maze to the building at its center, and they enter a room filled with boxes. She grabs one, and they run out and are chased by the guards; however, they manage to escape. She breaks off a piece of mushroom, previously occupied by the caterpillar, and places it in the box, where her father emerges. The Queen reveals that her father had been kidnapped by the Queen of Hearts for leverage against her, that she knew only two could return, and it was her plan all along to leave Jefferson in Wonderland. Jefferson begs for his daughter's sake, but she says that if he cared about Grace, he would not have left her. The Evil Queen and her father go through the portal, while Jefferson finds himself unable to move, and he is caught by the guards and brought before the Queen of Hearts. When he will not answer how he came to Wonderland, she orders him beheaded. Afterwards, he is still alive. He tells the Queen about the hat and, despite the fact that he says it is impossible as a hat is useless without magic, he is ordered to make a new one and "get it to work."

In Storybrooke, Emma says that she cannot make Jefferson's hat. Frustrated, he tells her to look through a telescope, where she watches a girl named Paige eating dinner with another couple. He says that she is his daughter Grace, and he remembers their life together, but she does not. He has to watch her with her "new parents", but he will not curse her as he is cursed by telling her who he is. Emma says that she realizes that he just wants to take his daughter back home, and she sympathizes with him. She pretends to believe what Jefferson is saying and admits that he is right about her needing to believe more. Emma waits until he turns away and then grabs the telescope and hits Jefferson with it. She goes to free Mary Margaret, but Jefferson catches her. A struggle ensues, during which Emma notices a scar going around Jefferson's neck. Mary Margaret saves Emma by whacking Jefferson with a croquet mallet and kicking him out of a window.

Mary Margaret and Emma look for Jefferson, but find nothing except his hat, the one Emma made. Mary Margaret says that she has no idea how she kicked him with such force. Emma confesses that Mary Margaret is the only one who has been there for her, and that is why she is so adamant to help her. Emma gets her keys and she and Mary Margaret get in the car. Emma says that she should go back and face a trial, or she will have to always run. However Emma says that it is her choice, and they will do it together. The next morning, Regina arrives at the sheriff's office and seems to be surprised that Mary Margaret is back in her cell. Regina and Mr. Gold discuss his part in setting up Mary Margaret; Regina planting the key was his idea. He assures her that, despite Emma's resourcefulness, everything will still go according to plan. Emma visits Henry before school, when Paige walks by. When she sees her and examines the storybook Henry happily loans her, Emma discovers that Jefferson was telling the truth, for inside is a picture of Jefferson and Grace.

In Wonderland, Jefferson is alone in a room completely filled with hats and fabric, struggling to make a new, working hat, and screaming insanely to "get it to work." 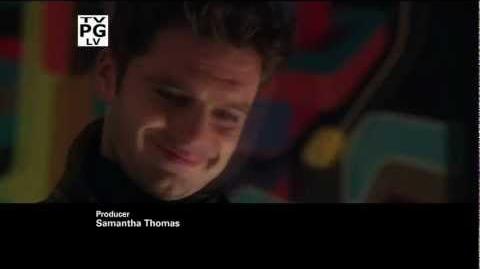 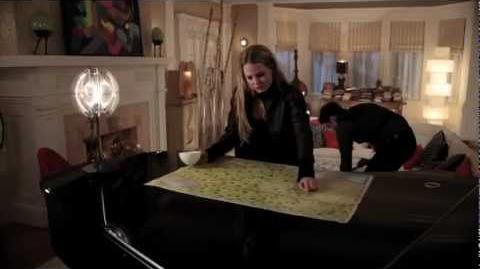 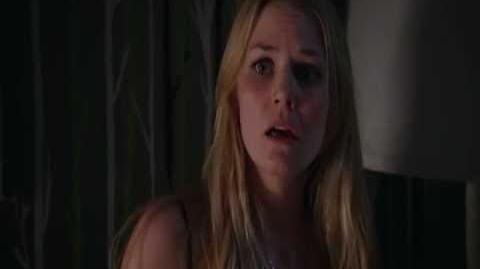 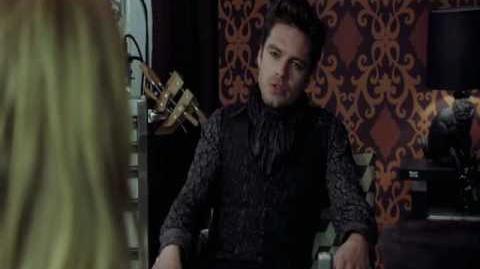