Template:Episode3 "Going Home" is the eleventh episode of Season Three of ABC's Once Upon a Time. It was written by Edward Kitsis & Adam Horowitz. It is the fifty-fifth episode of the series overall, and premiered on December 15, 2013.

The race is on to stop Pan from enacting another curse on the residents of Storybrooke, which could kill every living soul in town.[1]

This article or section is in need of serious revision.
You can help out the Once Upon a Time Wiki by adding or updating to the article, correcting grammar and spelling issues, and taking other steps to make the article great. If you need any help, please see our policies.
Reason: Need more detail for all events that occurred in this episode as well as full recap completion.

At the wishing well, Pan begins dumping in the ingredients for the Dark Curse while Felix looks on and is pleased with his work. Mr. Gold informs everyone of a plan to take the Dark Curse scroll back by switching Henry and Pan back to their original bodies. Since Regina is the original caster of the curse, she must be the one to destroy the scroll, which will undo Pan's curse. However, Mr. Gold warns that there will be a hefty price for this. Regina doesn't believe even someone as powerful as Mr. Gold has the magic necessary to perform the switch. He states that it is possible with the proper magical outlet. To this, Tinker Bell suggests using the Black Fairy wand. She explains that the Black Fairy was the most powerful fairy skilled in the dark arts, but the Blue Fairy took her wand and banished her. As Neal, Hook, David, and Tinker Bell go to the convent to find it, the Shadow secretly overheard the entire group discussion and follows them to their destination. Meanwhile, Pan still has one last ingredient to contribute to the Dark Curse, which is the the heart of the thing he loves most. Felix believes he intends to procure Mr. Gold's heart, but Pan explains that love isn't only romantic or familial, and it can entail loyalty or friendship. Felix quickly figures out Pan is talking about him, and can do nothing as his heart is ripped out and crushed to ash into the wishing well.

The foursome arrive at a church, while a service is being held for the deceased Mother Superior, to ask the nuns for the wand just when the Shadow attacks them. The nuns flee out of the room while David, Hook, Neal and Tinker Bell hide behind the pews. Hook volunteers himself to distract the Shadow, to which Tinker Bell remembers him only ever risking his life for two things; love or revenge. The pirate cites a third thing, which is his his own life. He dodges a hit by the Shadow, but is then thrown off his feet and injured as David drags him to safety. Neal is not able to use the coconut halves due to the Shadow being too high in the air and suggests Tinker Bell is their only hope. She takes out her vial of pixie dust and powered by belief in herself, it glows. Tinker Bell lights a flame on the coconut half and flies into the air to entrap the Shadow in it. Afterwards, she kills the creature by throwing the coconut halves into an open fire. From Hook's earlier feat, she now recognizes he did not actually put himself at risk for his own benefit, but for Emma's sake. From behind, Mother Superior, now restored to life, congratulates Tinker Bell for her actions. She is impressed, and gives Tinker Bell her wings back. Tinker Bell is so pleased, yet jokingly wonders if she's deserving of it after her past venture in breaking every rule in the book. Mother Superior admits she was too harsh on her then, and also hands them the Black Fairy's wand. David, Hook and Neal rush back to the pawnshop to tell everyone the news about Mother Superior. Before Mr. Gold begins the switch, he clasps on a bracelet on Pan's body to absorb away magic. Once the wand is used to transfer Henry and Pan's spirits back to their rightful bodies, everyone hurries out to look for Henry. Belle notices Mr. Gold is staying behind, to which he affirms his need to be alone with Pan. On the streets, Granny uses her tracking skills to lead them to Henry near the clock tower. As he hands the Dark Curse scroll to Regina, she touches it and passes out. 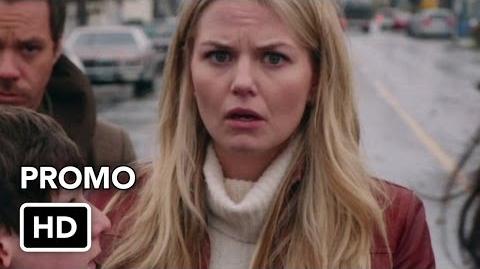 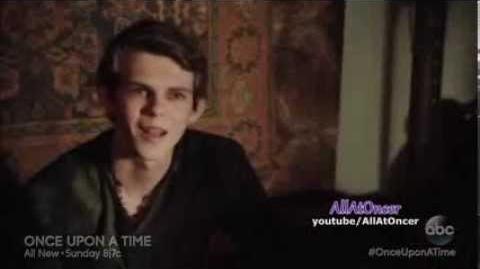 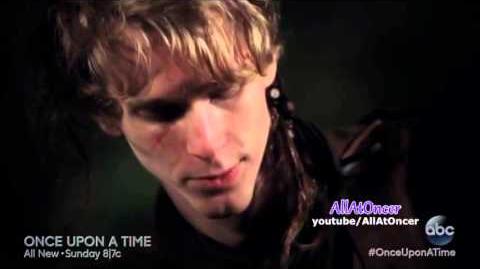 Retrieved from "https://onceuponatime.fandom.com/wiki/Going_Home?oldid=267832"
Community content is available under CC-BY-SA unless otherwise noted.