"Fruit of the Poisonous Tree"

It's fruit of the poisonous tree – illegally obtained evidence.

A dejected Sidney enlists the aid of Emma to help uncover evidence that could expose Mayor Regina as the corrupt person she really is to the townspeople of Storybrooke; and Mary Margaret and David continue their secret rendezvous while trying to figure out a way to unleash their unrequited love. Meanwhile, back in the fairytale land that was, King Leopold, who is the father of Snow White and married to the Evil Queen, stumbles upon a magic lamp and is granted three wishes by a Genie - who warns the king to be careful what he wishes for.[1]

In the Enchanted Forest, King Leopold finds a golden lamp washed up on the shore of the sea. He cleans the lamp and frees the Genie of Agrabah who grants him 3 wishes. However, the King says that he has everything he could possibly want and needs nothing more. He uses his first wish to free the Genie, then his second wish to give away his third wish to the Genie. He then brings the Genie back to his castle and introduces him to the Queen Regina and Snow White.

In Storybrooke, Henry Mills' "castle" is being torn down by Regina. Henry is distraught, because he had hidden the fairy tale book there, but the storm had washed it away. Regina's unilateral decisions about town matters upset Emma and she calls Sidney Glass to set up a meeting to find out a secret that will help bring her down. Sidney tells her that 50,000 dollars are missing from the town's budget. Mary Margaret Blanchard and David have a picnic out in the woods.

Back at the palace it is the King's birthday. He tells Snow White that she truly is the fairest of them all. This upsets the Queen who leaves. The Genie follows her out, and he gives her a mirror and tells her she is the "Fairest in all the land".

Sidney and Emma are digging up dirt on Regina. They go to visit Regina in her office, where they ask her about the missing money. After they leave, Emma reveals that she has planted a bug under Regina's desk.

The Genie is summoned to see the king. King Leopold has read her diary reveling that she thinks of herself as being trapped. He tells the Genie that he thinks the queen is in love with someone else and is unhappy. He asks the Genie to find the man who gave her the mirror, a task which he accepts.

Sidney and Emma find out about a secret meeting in the woods. While driving out there the brakes on Emma's car fail resulting in a crash. Sidney realizes someone tampered with the brakes. Mr. Gold comes out and tells them that Regina was meeting with him and that she has bought the land on which they are standing. Sidney and Emma break into Regina's office. Regina arrives and they claim some kids broke in. Regina sends them away.

Regina's father shows up and gives the Genie a box to take up to her. She opens the box to reveal a snake. The snake can kill anything with a single bite. Regina tells the Genie that she is so unhappy that she is going to kill herself. He stops her from using the snake on herself and gives her the idea of using the snake on the king. He offers to be the one to commit the murder.

Henry is sitting at Granny's when the Stranger comes up to him. Henry questions him on why he has come to Storybrooke, but he declines to give an answer. Sidney and Emma find out that she is planning on building something. Sidney shows her photo's that he has taken of her and Henry together. While at the city council Sidney brings up the files they found. They accuse her of building a home in the woods. Emma calls her on her true self and outs her to the people of Storybrooke. Regina however reveals that she is building a play house for the children of the town.

The Genie sneaks into King Leopold's room where he releases the snakes into the bed. The king is bitten, and the Genie reveals that he is in love with Regina. Before dying, the king declares his regret for freeing the Genie, acknowledging the previous warning that every wish has a price.

Mr. Gold congratulates Emma on her courage. Emma accuses Regina of messing with her brakes, but Regina appears to be ignorant of this. Regina tells Emma that she is no longer allowed to see Henry, unless she has Regina's permission or else she will take Emma to court and put a restraining order out against her. Emma tells Henry this news, and she promises him that she will try and find the book. It is revealed that the stranger is the one who has Henry's book. Sidney and Emma meet, and Sidney tells her that they are allies.

The Genie goes to tell Regina that they can be together. Regina tells him that the guards know that he killed the king, and she tells him that they can never be together. The Genie realizes that Regina set him up and that the murder would be traced back to him. He tells her that he can't live without her. Regina says that she will never love him, and he will never see her again. The Genie then uses the wish that the King had given him. He wishes to be with her forever, and never leave her side which turns him into the mirror. She tells him that he will be with her forever.

It is shown that Sidney is actually working with Regina. Sidney tells her that he will give her any information he can find. Regina replies that she doesn't know what she would do without him.

A scene with Mr. K was deleted from the episode. However, the actor is still listed in the press release.[1]

A scene with Prince Charming dressed in royal attire and carrying a sword in an unidentified throne room, was cut from the episode.[3]

2. The survey was completed
on the [illegible word] day of September

No person may copy, reproduce or alter this plan
in whole or in part without the written authorization
of Westlake Limited. 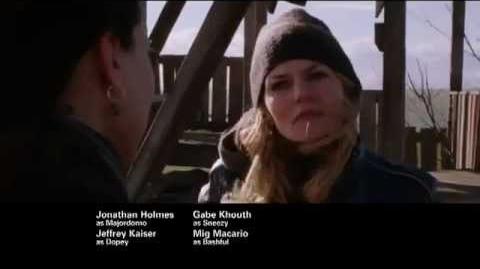 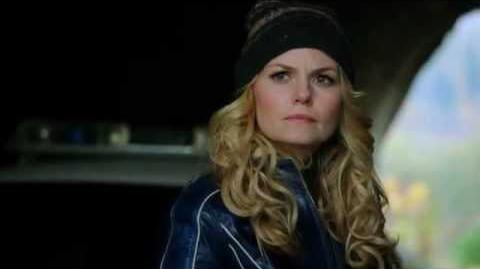 Retrieved from "https://onceuponatime.fandom.com/wiki/Fruit_of_the_Poisonous_Tree?oldid=947444"
Community content is available under CC-BY-SA unless otherwise noted.