We don't have to go to the past, Alice. We simply have to see it. Have you ever heard of the Forget Me Knot?

”
—Will Scarlet to Alice

"Forget Me Not" is the third episode of ABC's Once Upon a Time in Wonderland. It was written by Richard Hatem and directed by David Solomon. It premiered on October 24, 2013.

In a flashback, viewers are introduced to Will Scarlet, who turns out to be the nifty Knave of Hearts. Will has joined Robin Hood's Merry Men and convinces them to steal gold from Maleficent's castle before also pilfering an enchanted looking glass for himself that comes with a hefty consequence. Meanwhile, in Wonderland, Cyrus successfully tricks Jafar and the Red Queen into sending a Bandersnatch after Alice who in turn exposes something the White Rabbit has been secretly hiding.[2]

A few years ago in the Enchanted Forest, a horse-drawn carriage is halted by an injured man lying in the road. The two men with him ask for help from the coachmen, claiming that their friend was knocked off his horse. The man inside the carriage asks one of the coachmen what the commotion is all about. The coachman tells the man to wait while he goes to take care of the situation, while the other coachman aims his crossbow at the men in the road. The men ask for water and something that will stop the bleeding of their friend's broken leg. Unbeknownst to both coachmen, a mysterious figure descends from a rope and steals two leather bags. As the coachman treats the injured man yelling in pain, the scene cuts to that same injured man laughing jovially with his friends around a bonfire. Robin Hood joins the group, and makes a toast to the Merry Men for pulling off their heist. The mysterious figure that stole the two leather bags from the carriage arrives and opens them to show the valuables inside. He reveals himself to be Will Scarlet, and is welcomed into the Merry Men by Robin Hood.

As they are walking, Alice and the Knave find wanted posters about the latter. The Knave suggests splitting up on account of him being a thief, but Alice insists that it's better to catch the thief that stole Cyrus' bottle by having someone who thinks like one. Since she and Cyrus were the only ones who knew of the bottle's location, Alice theorizes that whoever uncovered the bottle has Cyrus or knows who does. Without any clues, the Knave suggests using the Forget Me Knot to look into the past and learn the identity of the culprit. When Alice asks where to find the Forget Me Knot, the Knave reveals that procuring it will be the difficult part. Alice, however, decides not to let this fact deter her.

At Jafar's lair, Cyrus is roused from his sleep by the Red Queen and Jafar "inviting" him to their dinner. Jafar shows Cyrus the note Alice sent him, which he promptly tears up after relaying the message. Jafar reminds Cyrus that magic always comes with a price, and that he is not trying to steal Cyrus' magic, but simply waiting to own it after Alice makes her three wishes. Cyrus insists that she will never make them, prompting the Red Queen to say that Alice will never come for him either. Cyrus tells them not to underestimate Alice's strength, which Jafar says they're about to find out. The Red Queen remarks that Jafar should bathe his prisoners regularly. Jafar says that he can't wait to see the look on Cyrus' face when Alice makes her first wish. He asks for a book, which the guard brings over. As the Red Queen pages through the book, Cyrus asks Jafar what they intend to do to Alice, but Jafar simply answers with the same question directed at Cyrus.

While walking through the woods, Alice questions the Knave on what he knows about the Grendel. The Knave describes the Grendel as "nasty", and that only few have lived to tell the tale. When Alice asks what such a creature would want with the Forget Me Knot, the Knave theorizes that it's to have power in knowing things that other people don't. Hearing this, Alice doesn't want the Forget Me Knot to fall into the Caterpillar's possession and make him even more powerful. The Knave then asks Alice that if there was a way to be with Cyrus forever at the expense of someone else's suffering, would she take it. Alice decides that it's not an option, but the Knave points out that it could be an option in the future. He asks Alice how much is it worth to her, and reminds her that what they're planning to do is thieving.

In the Enchanted Forest, Robin Hood explains to the Will Scarlet that being a Merry Man is not about being a thief, but by helping those in need. Will then tells Robin Hood that there is another place where they can get even more gold and help those villages in need. He suggests going to Maleficent's Castle. At first, Robin Hood disagrees, but Will convinces him it's to help the poor. He explains that Maleficent was away from her castle, so Robin and his Merry Men agree to go and steal the gold.

"Gravity of heart seems to me dreary, merriment is lovable and sweeter than honeycomb."

"I tread the primrose part, as young men do, enmeshing myself in vice, forgetful of virtue; keener on pleasure than salvation, dead in the soul, I take care of my skin."

"Most discerning prelate, I ask your pardon: I die the good death, I perish in sweet destruction; my heart is wounded by feminine charm, and those I cannot touch, I lust at least in the heart." 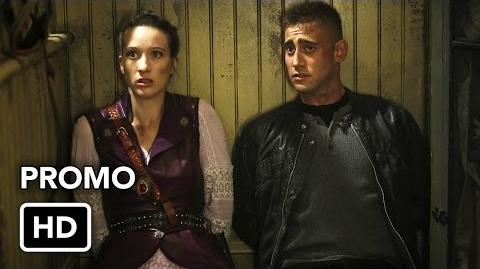 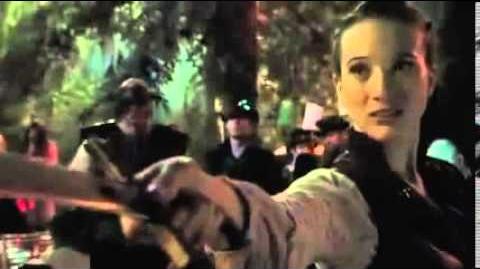