Her dragon flame burned so hot that there's one tree still on fire half a lifetime later.

”
—Rumplestiltskin to the Evil Queen

"Enter the Dragon" is the fourteenth episode of Season Four of ABC's Once Upon a Time. It was written by David H. Goodman & Jerome Schwartz, and directed by Ralph Hemecker. It is the eightieth episode of the series overall, and premiered on March 15, 2015.

In order to infiltrate the Queens of Darkness as a spy for the heroes, Regina must prove she's still willing to get her hands dirty. Meanwhile, Emma, David and Mary Margaret scramble to keep tabs on their undercover operative. Hook requests an unusual favor from Belle as Henry makes progress on his search for the Author. In a Fairy Tale Land flashback, Regina befriends Maleficent and helps her to rekindle her lost spark.[2]

In modern nighttime Storybrooke, Regina Mills passes Cruella De Vil's car as she enters Granny's Diner. Inside, Regina greets Maleficent, seated at a booth with Cruella and Ursula. Maleficent asks Regina what she's doing there, and Regina responds that she's making it "easy" for Maleficent to kill her. Maleficent disappears from her seat, reappearing in front of Regina, asking if the Mayor thinks she's there to kill her. Regina reminds Maleficent that she trapped her underground for nearly 30 years, and Maleficent is "not big on forgiveness". Maleficent responds that there are much worse crimes to be punished than Regina's. Cruella interjects that Regina is close with the "heroes", and Regina responds, "Not by choice". She reminds Maleficent of how much she wanted her revenge, claiming that, to survive in Storybrooke, she had to "play nice", as she watched the heroes enjoy the happiness she never had. She tells Maleficent that she wants in on their plans. A skeptical Ursula claims that Regina can't expect them to trust her, and Maleficent chimes in that that is exactly why Regina is there—she wants to prove to the trio that she's still one of them. Regina claims that she is. As a challenge, Maleficent gives her a shot of alcohol. Regina drinks it straight, crushing the glass in her hand.

In the Enchanted Forest of the distant past, a young Snow White gleefully gallops about the palace grounds as a distraught Queen Regina looks on from the stable. In a rage, she closes the door and tears down several of Snow White's ribbons—awards from riding competitions, and picks up a small book. Appearing in the stable, Rumplestiltskin comments on the irony—When Regina saved her life, Snow White was riding a runaway horse and now, she's the "best rider in all the land". A frustrated Regina claims the horse won the medals, not Snow White. Rumplestiltskin observes that good fortune seems to fall into Snow White's lap. Distraught, Regina reminds him that he promised to teach her magic so she could end Snow White's charmed existence. Rumplestiltskin responds that he is, and calls Regina impatient, magically making the book in her hand appear in his. Examining the tome, he recognizes it as Maleficent's spell book. Regina informs him that she found it in her mother's things, and gushes over the fact that Maleficent can turn herself into a dragon. She tells Rumplestiltskin that she is tired of watching Snow White grow up and wants to get her revenge. Laughing, Rumplestiltskin tells her that she doesn't even know what revenge looks like. Regina agrees, saying that his magic lessons are taking her "nowhere". Rumplestiltskin instructs her to look in the mirror—literally, not metaphorically. Regina obeys, and the mirror shows a barren field. Rumplestiltskin claims it was once a forest, a forest that Maleficent burned down. He claims that her "dragon flame burned so hot, there is one tree still on fire--half a lifetime later." Encouraged, Regina asks Rumplestiltskin how Maleficent accomplished such a feat. He replies that she cultivated her magical skill with "that most precious commodity--time." He tells Regina that if she just rushes into things, she will never be "ready".

Flustered, Regina theorizes that Rumplestiltskin may be simply making excuses, that he may not be a skilled enough teacher. Amused, Rumplestiltskin asks the Queen if she truly thinks Maleficent will help her, and she responds that she's tired of waiting. Rumplestiltskin tells her that her impatience is a problem. He wishes he luck and makes her appear in the wasteland he showed her, within sight of the Forbidden Fortress. A distraught Regina turns, gazing at a single burning tree. Encouraged, she heads toward the castle.

In the present-day Blanchard loft, Emma Swan confronts David Nolan and Mary Margaret Blanchard about Regina going undercover, asking why she wasn't informed. Her father claims there wasn't time, and Emma insists that they should have informed her. Mary Margaret asks Emma if she thinks she could have stopped Regina, and Emma responds that she could have helped, that her former job as a bail bondsperson required her to pretend to be someone else. Her mother replies that Regina can take care of herself. Emma asks when Regina is supposed to check in, and her parents look at each other nervously. Emma repeats the question, and her father tells her that Regina was meant to check in "about an hour ago".

The previous night, Regina, Cruella, Ursula and Maleficent drive along a fielded road in Cruella's car. Regina asks where they're headed, and Cruella replies that telling her would spoil the "fun". Regina changes the subject, asking how Ursula and Cruella resurrected Maleficent. Maleficent deflects the question, telling Regina that some of them don't trust her. Abruptly, Cruella stops the car on a set of train tracks, and a train's whistle is heard, approaching quickly. Regina asks what's going on, and Cruella replies it's a game--"Don't be a hero"—and the first to save the group loses. The train approaches the vehicle quickly, and just before impact an unhappy-looking Regina makes the car appear off the track. Cruella gives her a look, and tells Maleficent to "pay up", calling Regina "soft". Maleficent puts a diamond bracelet into her outstretched palm, claiming Regina is just "rusty" and it means nothing. She asks Regina if they're "playing too rough", and Regina replies that she thinks they should find some "real" trouble.

A segment with a bartender, played by Noah Beggs, was cut from the episode. However, the actor is still credited in the press release for the episode.[2] 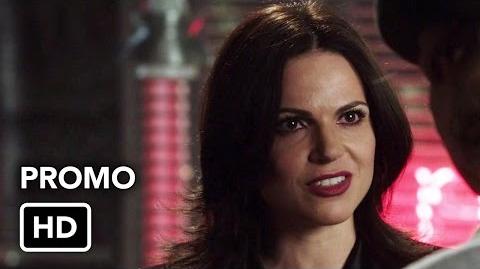 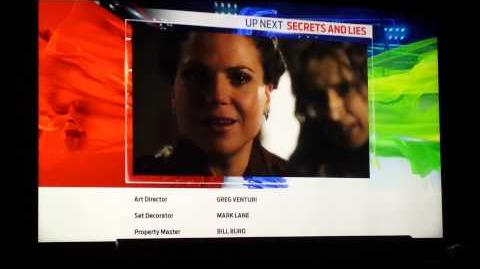 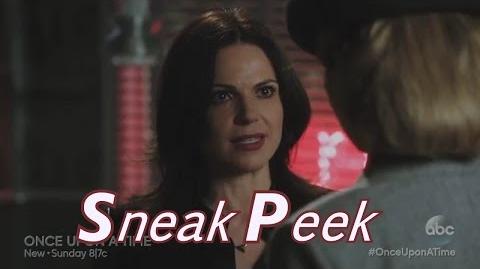 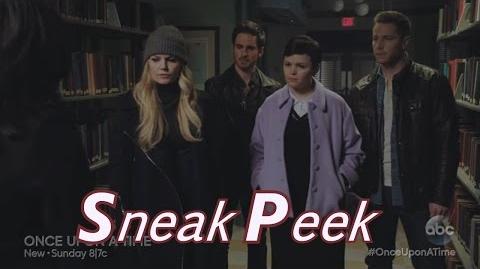 Retrieved from "https://onceuponatime.fandom.com/wiki/Enter_the_Dragon?oldid=935757"
Community content is available under CC-BY-SA unless otherwise noted.