Unlikely allies Mary Margaret and Leroy team together for a good cause to help the Storybrooke nuns sell their candles during the town's Miner's Day festival. But Leroy makes a promise to a nun, Astrid, that he may not be able to keep; and Emma looks into the mysterious disappearance of David's wife, Kathryn. Meanwhile, in the fairytale land that was, Grumpy finds forbidden love with beautiful but clumsy fairy Nova.[1]

In the Enchanted Forest, Nova is transporting a bag of fairy dust. The Blue Fairy is there and tells her it is very precious, as it is the entire year's supply. Nova wants to know when she will be a fairy godmother and is surprised to be told that she will not be for a long time. The Blue Fairy calls her a dreamer. A distracted Nova jostles the bag of dust and some of it falls from the bag, into the mine nursery, and onto a dwarf egg. A dwarf is seen hatching from the egg.

At Granny's Diner, Leroy is eating when Walter and Mr. Clark show up asking him to move, which he refuses to do. Mary Margaret Blanchard enters announcing Miner's Day and asking for people to help her to sell candles, but everyone is still angry about her affair with David and they turn away. She asks Leroy if he would help, but he insults her by stating that she is the only person in town that people like less than him. Emma Swan chases after an upset Mary Margaret and asks about Miner's Day. Mary Margaret knows she is responsible for everyone dropping out of the Miner's Day Festival.

While walking, Leroy has glitter fall on him and he meets Astrid, a nun from the convent, who is trying to get the lights to work. He offers his assistance which she is happy to accept. Leroy is smitten by her and tells her of his dream to sail around the world. She tells him "you can do anything as long as you can dream it" and that she believes he will someday do it. Emma is taking pictures of Kathryn's car when Sidney shows up. Sidney tells her that he will help her get into contact with someone who can get Kathryn's phone records. David shows up, Emma and Sidney wonder if he knows.

In the mines, Bossy cleans up the newly hatched dwarf. He states he saw a woman before he hatched. Bossy tells them about his job in the mine and introduces him to his brothers who all hatched from a clutch of eight eggs. They all get axes, which magically reveal their names. When the dwarf holds his new axe, the name "Dreamy" appears engraved on the handle. The dwarves go off into the mines.

Leroy goes to Mary Margaret and agrees to sign up for selling candles. Astrid has told him that she accidentally ordered too much helium and spent the entire budget. The rent is due next week and Mr. Gold will not give them a break on it. Leroy promises her that they will sell all the candles, and he will help them. David is surprised at Kathryn's disappearance. Emma asks him to tell the truth and he tells her that he has not said a word to her since they ended things. Emma promises to find her. Regina receives a fax in her office consisting of Kathryn's phone records. She phones Sidney telling him that they will prove helpful.

Nova is filling up a bag of fairy dust in the mines, but has trouble turning off the machine. Dreamy helps her turn off the machine, but the fairy dust almost ends up in the fire, before Dreamy manages to save it. He tells her that she would make a great fairy godmother.

Mary Margaret is trying to sell candles, but no one will buy them from her. Leroy suggests they go door to door. Emma meets with Sidney, and Sidney thinks that Mary Margaret is to blame for Kathryn's disappearance. The door to door sales fail as everyone slams their doors in their faces.

Bossy sits down in a bar with Dreamy who is saying that he does not feel like himself. Belle is there and tells him that he is in love. She describes to him how being in love feels, but says that it does not always last forever. She says that he needs to go be with the person he loves. He tells her about the fireflies, and Belle points out that she would like to go there with him, but tells him that she has had her heart broken enough.

Nova and Dreamy meet on the hill she points out all of the lights. He tells her that she is lucky that she gets to see the world and says that they should get a boat. The fireflies show up, and Nova kisses him saying they should meet back there the next night, after she has delivered the fairy dust, and they will sail away and see the world together.

Leroy meets with Mr. Gold saying that he needs five thousand dollars and will sell the boat. Mr. Gold says that he will not forgive any missing rent for the convent, since he has a long complicated history with the nuns. Astrid shows up and brings him a pie to thank him, but she notices all the candles under a tarp, and he admits he was unable to sell them. He says he is sorry and that she believed in the wrong guy.

Emma is at the office when Sidney brings over the phone records. Sidney notes a call to Kathryn from David made an hour before the car crash. Leroy meets Mary Margaret at the Miner's Day Festival that night, and she tells him that she must have been dreaming if she thought they could accomplish anything, as she still has not sold any candles. When Mary Margaret points out that, as a nun, Astrid is unavailable, Leroy remarks on the similarity of their situations. He says he never wanted to disappoint Astrid. He asks her about her good memories with David and says that is what life is about, your good memories. Leroy tells her to stop feeling sorry for herself. Leroy says there is only one thing that can fix the pain. He goes up to the electrical box on the roof, and he uses his pick axe to break the box. He causes a power outage that covers the whole town. People then come over to buy candles.

Dreamy is leaving the dwarves. He tells them that he is in love, and he wants to be with Nova. They offer him his pick axe, but he tells them he does not need it anymore. Bossy shows up and says that he cannot leave, saying dwarves cannot love. The Blue Fairy shows up and backs up what Bossy is saying, and that it will not end well if they are together. She tells him that he would cost Nova her dream of being a fairy godmother.

Nova waits on the hill when Dreamy shows up. Nova tells him that he needs to see something, and she shows him a ship. Dreamy tells her that he cannot go with her. He tells her that they belong with their own kind. He questions that they are special, but she insists that it is their love that makes them special. Dreamy says they need to put their "dream" away. Nova says she loves him, but he says he cannot love. In the mines an unhappy Dreamy takes up his axe and violently starts hitting rocks with it, he breaks his old axe and asks for a new one. When he grasps it the axe reveals his new name to be "Grumpy".

Mary Margaret and Leroy are having a lot of success selling the candles and end up selling all of them. Leroy goes over to Astrid and gives her all the money. He tells her that he will fix up the boat and then they can go sailing together. Fireflies appear around the festival. Regina shows up at Emma's office requesting information, but Emma does not give her any. Mary Margaret, while walking to her car, sees the word tramp still written on its window. But then Granny takes her candle and lights it, showing she has forgiven her. Emma arrives and tells David that they need to talk. Mary Margaret watches him enter the car with a surprised face. 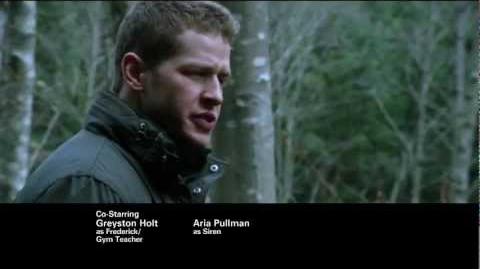 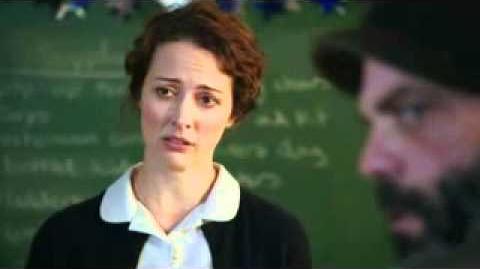 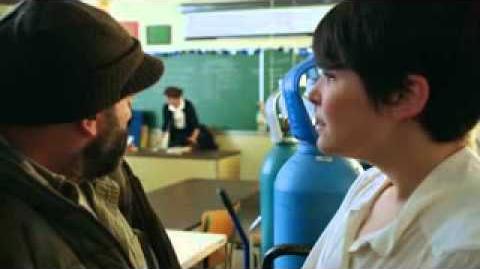 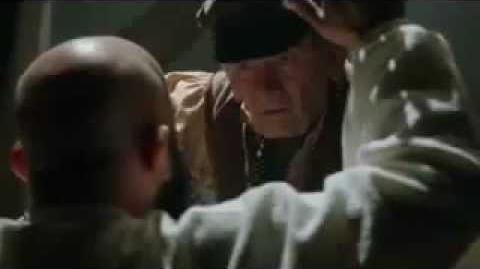 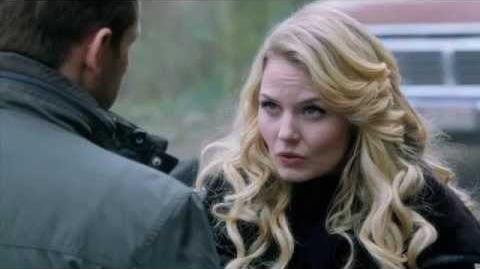