At any time, I can cash in the debt, and take your baby. All magic comes with a price. And now, Dark One, the price is you work for me.

"Devil's Due" is the fourteenth episode of Season Five of ABC's Once Upon a Time. It was written by Jane Espenson, and directed by Alrick Riley. It is the one hundred and second episode of the series overall, and premiered on March 20, 2016.

Hook's captivity takes a dark turn when Hades threatens to condemn him to the River of Lost Souls after Hook refuses to choose which three of his friends will have to remain in the Underworld. Meanwhile, Gold is suddenly eager to help Emma, Snow, David, Regina, Robin and Henry find Hook so he can return home to Belle; but in order to do so, he must find his ex-wife Milah in the Underworld and ask for her help. In Fairy Tale Land flashbacks, Rumple and Milah face a life-or-death crisis concerning their son, Baelfire, that forces Rumple to make a deal that will haunt him.[2]

In an Enchanted Forest flashback, Milah is collecting wood while Rumple tries to persuade her to let him help and young Baelfire plays around. Milah tells Rumple to go play with Baelfire, as it is one of the only things he can do when they hear Baelfire's scream. They run to him and find him bitten by a poisonous serpent, which Milah immediately kills. They take Baelfire home and go see Fendrake the Healer, who tells them that their son will die in 24 hours if not given the antidote. He offers them the remedy for 100 gold pieces, which they do not have. As they are going home, disappointed, Milah tells Rumple to go back at night, murder Fendrake in his sleep, and take the cure. Milah spends her and Rumple's last piece of gold on a dagger for Rumple to do the deed. They meet at a bar so Milah can give him the dagger, but, due to Rumple's cowardice, it takes much persuading to make him do it. After he leaves, a drunken lout purposefully bumps Milah, spilling some of her drink on her. He cackles as he begins to mop her up, despite her discontent, until Killian Jones intervenes, knocking the lout out cold. Milah, impressed, has a chat with him and finds out he is a pirate. She longs to join him in his travels around the world but decides it is more important to stay with her son. As he gets up, Jones tells her he often stops in port if she changes her mind.

In the dead of night, Rumple enters Fendrake's hut and decides to just steal the antidote instead of killing Fendrake. However, the healer is a light sleeper and awakes quickly. Rumple threatens him with the dagger, and Fendrake eggs him on, but Rumple cannot bring himself to do it. Instead, Fendrake strikes a deal with Rumple: the antidote in exchange for Rumple's second-born child. Rumple accepts and returns home to Milah and Baelfire. They pour the potion down his throat before Rumple tells Milah what happened (more or less). Milah is outraged that Rumple bargained away their child, but Rumple tells her that if they don't have a second child, there will be nothing to worry about. Suddenly Baelfire awakes, and their conversation ends. Milah tells Rumple she's going to the bar.

Many years later, after Rumple becomes the Dark One, he returns to Fendrake's hut, and tells the healer that he does not like owing things to people, and so crushes Fendrake's heart, seemingly ending the contract.

In the modern Underworld, Hades pressures Hook to choose three of his friends to leave behind in the underworld, but Hook refuses. Disappointed, Hades takes Hook on a trip down the River Acheron, which is filled with lost souls. Hades leaves Hook chained up over the river, slowly sinking downwards where he will eventually join the souls in the river.

Mr. Gold goes to the pawn shop in search of his father, Peter Pan, only to find a letter from him saying that the pawn shop is now Gold's, and he may do whatever he pleases with the items inside. Rumple gets ingredients to brew a potion, then holds a crystal ball over the mixture. He sees Belle in the crystal ball. This frightens him, and he drops it, shattering on the floor.

Gold then goes to the Blanchard Loft, where he finds Emma, Snow, David, Regina, Robin, and Henry discussing plans. He tells them that Hades' underground chambers have protection spells that will destroy anything living that tries to enter. However, there is a loophole: if they bring one of the dead with them, the aura of the deceased will be enough to mask the entry of two living people. He proposes that Emma and himself be the two living, and has an idea for the dead person that will escort them. Gold then finds Milah, who watches over the children in the Underworld. He asks Milah to help someone she once loved. At first, she thinks he means himself, but he tells her he means Killian Jones.

Milah complies and they meet Emma at the library. They have an awkward moment before Gold leads them to the Underworld version of the Swan House. They go inside and they join hands before Milah leads them into the basement. Milah prepares to go back to the children, but Emma tells her that Baelfire is in a better place. Milah joins them as they board a boat to journey down the Acheron. They dock at the place where Hook is being held. Gold and Milah stay behind, and Emma goes in alone. She quickly makes it to Hook and pulls him onto a platform, away from the river.

Meanwhile, Regina goes to the diner, and, seeing that the Blind Witch is absent, demands from her substitute where the Witch is before she sees Cruella slinking through the back halls. Regina catches Cruella and brings her to a table, and asks about the cemetery, to which Cruella replies that if a stone is upright, that person is in the Underworld, if the stone is fallen, the person has moved on to Olympus, and if the stone is cracked, that person has gone to the worse place. Regina and Snow go to the cemetery and locate Daniel's grave. Regina is overjoyed to see that the stone has fallen over. As Regina and Snow are going back to the Blanchard Loft, they find an injured horse. Regina heals it with her power, and realizes that her magic is working, though magic does not work in the Underworld.

Milah tells Gold that, since she now knows that Baelfire is happy, her business is finished, and she will move on when Emma and Hook return. However, Hades appears and freezes Milah, requesting that Gold join him at his home. He proposes a deal to Gold: Hades transports Gold to the world of the living, and Gold prevents the heroes from leaving the Underworld. Gold returns to the dock and unfreezes Milah. She asks him what's going on when he vanishes the boat that would get them to the world of the living. Milah calls for Emma, so he uses magic to push her into the Acheron. As Emma and Hook emerge, he tells them that it was Hades that destroyed the boat and Milah, using his own magic to overpower Gold's.

Emma, Hook, and Gold return to the Blanchard loft. Regina attempts to remove Emma's heart to split it, but she is unable to. They go to the cemetery and find that, as Hook refused to abandon his friends in the Underworld, Hades chose which of them to keep: Regina, because she helped Prince Henry move on; Snow, because she helped Hercules and Megara move on; and Emma, because she stopped Hook's destruction.

Gold returns to Hades, requesting that Hades return him to the land of the living, but Hades declines, having never specified when he would do this. He then reveals the crystal ball that Gold broke and tells him that he wanted to see his child, meaning Baelfire, in the crystal ball, but he saw Belle instead, which means that she is pregnant with Gold's child. Hades then summons Fendrake and tells Gold that the contract is still active, with Gold owing the baby to Hades instead of Fendrake, but Hades might have mercy if Gold works for him.

While Regina is still having trouble using her magic, Robin comes to encourage her. After he wishes Emma good luck on finding Hook and exits the loft, Emma asks Regina why she is still practicing, because hers is fine now. As Regina drops the question, Emma tells her about her vision/dream with Neal, who told Emma that he is okay with Hook and Emma. And maybe being this close to Daniel is what's blocking her. Emma tells her that there is no risk of finding this out and suggest that she finds him because it's for Regina too.

After being rescued, Hook tells Emma that if Mr. Gold is the Dark One again, then his sacrifice was for nothing, and that he will kill him. But Emma remarks that they need him for the boat and to get out of the Underworld. Then Hook says that he will kill him afterward then, which makes Emma sad and say that all she wants is to get back home. Emma then takes out his hook from her pocket and attaches it to the pirate's missing hand, saying that there is the man she missed.

Acceptance of this contract dictates the unconditional agreement to this offer. This being "created contract". Here-in being written by Rumpelstiltskin [sic] before Acceptance, [sic] any offer can be withdrawn, but once accepted this contract is binding on both sides. Any conditions that may have been effected as per a counter offer must be accepted by both parties.


Representing the undersigned agent is hereby appointed by Rumplestiltskin to act on behalf of no other person than the undersigned (known as the principal). The amount of authority to deal that the agent has is subject to agreement between the principal and the stated agent. However, otherwise, third parties can assume the [sic] Mr. Gold has full powers to negotiate this contract. 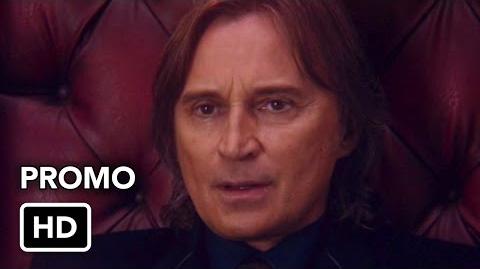 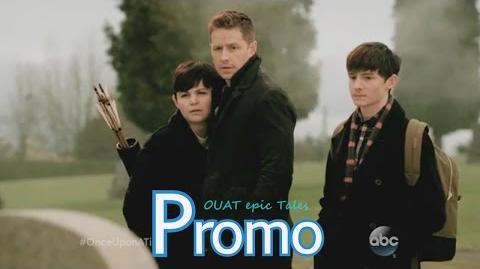 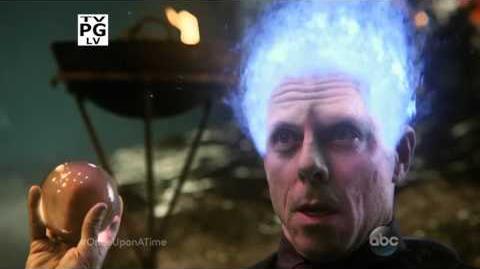 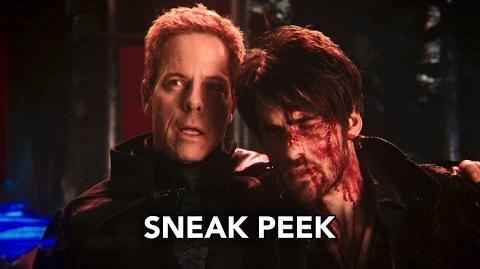 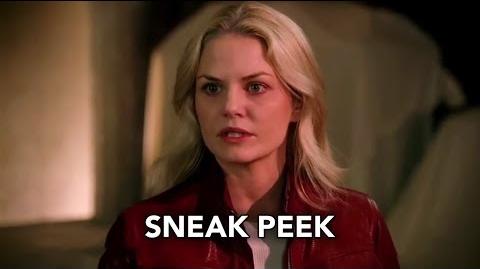 Hades Discovers Gold's Secret - Once Upon A Time