You steal babies. Steal them from their mothers' arms. So, why, of all the babies, in all of the realms, why did you abandon the one child who was actually yours?

”
—Rumplestiltskin to the Black Fairy

"Changelings" is the ninth episode of Season Six of ABC's Once Upon a Time. It was written by David H. Goodman & Brian Ridings, and directed by Mairzee Almas. It is the one hundred and twentieth episode of the series overall, and premiered on November 27, 2016.

In a Fairy Tale Land flashback, Rumple collects Jack and Jill's son as bait to lure a powerful being to him. Back in Storybrooke, Gold tells the Evil Queen that she must kill Zelena, and the EQ makes a decision that will change her relationship with her sister forever. When Belle discovers Gold’s plans for their son, she convinces Hook and Emma to help her steal squid ink that can immobilize him, and, as a result, Belle is left to make a sacrifice that will affect the lives of everyone in Storybrooke. Meanwhile, Jasmine finds a genie-less lamp that she hopes to use to save Agrabah, and Aladdin finds a way to be her hero.[2]

Rumplestiltskin stalks Jack as he enters his cottage and appears right before Jack and Jill. He tells the couple that he's here because he wants the collect what he desires according to a deal they made. Rumplestiltskin refreshes their memory by saying that some time ago, Jill rushed to see Rumplestiltskin to make a deal after Jack fell down a hill and broke his skull. Jill says that she remembers what happened, and attempts to give him her ring which she considers her most valuable item. However, Rumplestiltskin says that it was valuable then, but now they have something more valuable: their son. After he steals their baby and walks out of the cottage, he stumbles upon the Blue Fairy who reveals herself to be the baby's fairy godmother. But the fairy's magic is no use for the Dark One as there is a deal for him to collect his payment. After he moves the fairy away, the couple begs Rumplestiltskin, who shoots back and says that they shouldn't have trusted a fairy to protect their child.

Spelle for the Removal of Errant Hairs
on Any Parte of the body.

Stand ye in front of a large looking glass.

Looke fulle at the part of your body whereabouts
the folicles [sic] are to be diminished. Thereafter fashion
a concoction of clove spice, macerated rose-hips
and milk whey.

Mix the ingredients together full well and apply
to the glass that reflects the portion of the body to
be acted on.

Say the incantation follicles be damned, get thee
gone by wave of my hand.

In this magical spell the magus is shown
He who follows the other side the forme of
the circle shall be as sure as in a very
strong castle within he need not feel the
illfect of any magic. He is impervious
to all enmity and mentacity.

This is the Spirit; thus out of the Dew is
drawn out and with which our salt
is prepared. The undermost culebra* serpent
however denotes our Materiam,
everywhere to be found; it is earthly and also
heavenly, then it the right Earth, Virginea et
Adamica. That one however may know what
it is, so is such to be found under the
vegetable roots.

*The word "culebra", Spanish for "snake", was added for the show 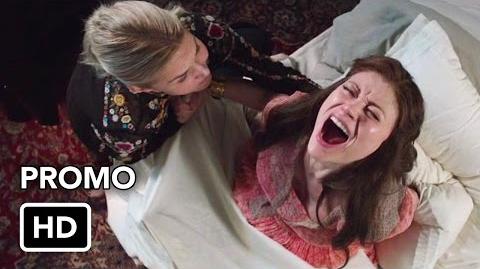 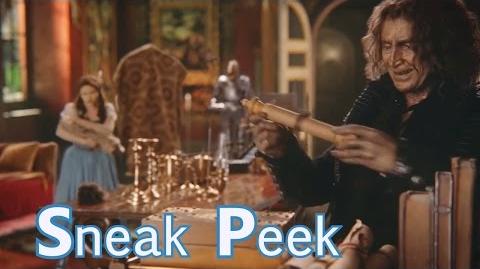 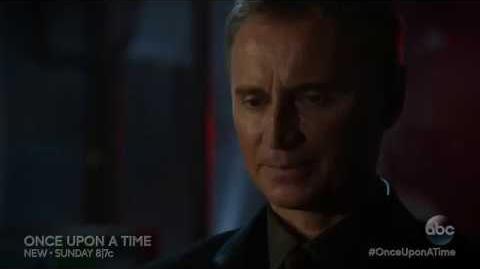 Regina Saves Zelena From The Evil Queen - Once Upon A Time

The Evil Queen Threatens Rumple - Once Upon A Time