This... this is my son's home. You're trespassing.

The Cassidy Apartment is a Land Without Magic location featured on ABC's Once Upon a Time. It first appears in the first episode of the second season.

At some point after fleeing to Canada to avoid being arrested, Neal arrives in New York and settles into an apartment. Sometime during this, he begins researching a way to destroy magic and writes down all his findings in a journal, with one piece of information including a lead at the Midtown Manhattan library. One day while listening to his iPod, Neal walks into his room and notices it has begun raining. As he goes to close the open window, it becomes stuck. When he pushes the latch too hard, his iPod and earphones slip onto the escape ladder below. A moment later, a dove carrying a postcard arrives, which, unknown to Neal, was sent to him by August, who promised to send him a postcard if and when Emma managed to break the Dark Curse in Storybrooke. On the card front, he sees a photo of a clock tower with the phrase, "Greetings from Storybrooke", and upon flipping to the back, only one word is written on it, "Broken". ("Broken", "Tallahassee", "Only You")

Emma, owing Mr. Gold a favor from a previous deal, travels with him to New York to find his son, Baelfire. In an apartment complex, Emma instinctively notices one of the rooms has no resident name, so she presses the call button. When Neal picks up on the other end, she pretends to be delivering a UPS package. For reasons unknown, he hangs up and bolts out the window. Rushing outside, Emma, Henry and Mr. Gold see a man, his face obscured by a hood, jump down the fire escape and run off. Following a chase, Emma discovers he is Neal; her ex-boyfriend and Henry's biological father. Neal, not wanting his father to find him, asks her to let him go. Emma resolves to do so because Neal never knew she was pregnant with Henry. When she lies to Mr. Gold about his son getting away, he breaks into the apartment room. Inside, Emma notices a dream catcher that she and Neal once had, and her recognition draws Mr. Gold's suspicion. Before things get heated, Emma tells Henry to wait in the bathroom. As Mr. Gold angrily accosts her, Neal bursts in to stop him. Henry, hearing the commotion, walks in and casually asks if he is Baelfire. In disbelief, Neal hears Emma say the boy is her son, to which he realizes Henry is his son as well. Forced to come clean, she admits, to Neal and Henry, about their actual familial connection with each other. An upset Henry climbs out to the fire escape while Neal allows his father to talk to him. Mr. Gold desires to be a family again and make up for his mistakes, but Neal bitterly remembers his father choosing the Dark One's powers over him. Emma apologizes to Henry for lying, as she previously told him his father was dead, while the boy expresses disappointment that she, like his adoptive mother, has lied to him. Later, Henry and Neal become acquainted with each other. ("Manhattan")

As Neal gets to know Henry, he swears the boy to secrecy about his past venture in trying to find a way to destroy magic, and that he documented all his research in a journal. ("Only You")

After sightseeing around town, Neal agrees to show Henry around the museum. While they head up to the apartment to grab a camera, Emma and Mr. Gold wait in the lobby. Suddenly, Hook bursts in, shoving Emma aside, before plunging a poison-coated hook into Mr. Gold's chest. Without magic outside of Storybrooke, Mr. Gold is unable to fight back. Before Hook can deliver another blow to kill his nemesis, Emma uses a trash can to knock him unconscious. At the commotion, Henry and Neal rush back downstairs. Neal later traps Hook, while he is still out cold, in the storeroom. ("The Queen Is Dead")

Following Neal's journey to Storybrooke to save his father's life, he decides to stay in town for Henry's sake. Phoning his fiancée in New York, he asks her to join him and meet his son. At some point, Neal returns to his apartment and discovers Hook is missing from the storeroom. ("Selfless, Brave and True")

A year after Emma and Henry start new lives in New York City with the false memories Regina gave them, Hook escapes another curse and tries to persuade Emma to come back to Storybrooke. He provides a written address for her and tells her to go there as proof that he is not lying about Storybrooke and her family. Upon arriving at the address, she goes in and looks around, eventually realizing the apartment belongs to Neal. Emma notices a dream catcher hanging on the window, which she recalls from her past with Neal, before noticing a camera strap that has Henry's name on it. Unsure of how Neal knows of her son's existence, she also takes the camera film roll to see what kind of photos are on it. ("New York City Serenade")

Starting over in New York City, Robin Hood and his family searches for Neal's old apartment, which Regina designated as their new home. Unbeknownst to him, his wife Marian is actually Zelena in disguise. After they settle into the apartment, Mr. Gold arrives, trying to throw them out until he collapses from a heart attack. While Marian stays with Roland at the apartment, Robin takes the older man to the hospital. Later, Robin returns to his family after procuring an elixir to heal Mr. Gold. As Roland is eating an egg omelette, his mother fetches him a glass of milk. When Marian questions why he didn't let Mr. Gold die, Robin is shocked by her words since it's not something she'd say. She explains her change in attitude is because of the circumstances they are in now, but he refuses to let go of his honor code. With her own plan in mind, she switches out the potion so that her husband ends up delivering a fake one. After this, Robin gathers Neal's belongings from the apartment for Mr. Gold, who refuses to take it as they are a reminder of the man his son became after he abandoned him. Mr. Gold tells Robin to follow his heart's desire and never let it go. Marian, finding Regina's number on Robin's mobile, pushes him to choose her or her former lover. Recalling the love they once had and the sacrifices she made for him, he picks her and deletes Regina's number. As they passionately kiss, the mirror casts Zelena's reflection, without Robin's notice. ("Heart of Gold")

Sometime during his stay in the apartment, Robin shelves a book that Regina gifted him prior to his departure from Storybrooke. The book contains stories on the various incarnations of Robin Hood, and he eventually writes a letter to Regina that he keeps inside it. In the letter, Robin laments over his separation from Regina and tells her that she'll always be the hero he fell in love with. ("Only You")

Nine weeks later, on Mr. Gold's directive, Regina phones Robin. Marian answers, before morphing out of her disguise, to reveal herself as Zelena to her sister. ("Heart of Gold")

Intending to rescue Robin from Zelena, Regina knocks on the apartment door, after arriving in New York with Emma and Lily. Robin is surprised but happy to see her, giving Regina a hug, before she blurts out the truth about Zelena and Marian. He is astonished at her claims, and when Marian returns, she seeks her husband's protection when Regina begins threatening her. Robin Hood manages to make Regina stop just as Marian pulls out her six leaf clover and reverts to Zelena. With the truth out in the open, Regina urges Robin to grab Roland and leave with her, but he refuses, eventually admitting that Zelena is pregnant with his child. ("Lily")

While Regina and Robin leave to talk privately, Emma and Lily stay behind in the apartment with Zelena. Lily curiously wonders who the apartment belongs to, and Emma tells her it used to belong to someone important to her until Zelena killed him. Zelena, hearing Emma's remark, sardonically apologizes. When an angry Emma moves towards her, Zelena makes her stop by asking her to consider the baby. Later, Regina and Robin return, deciding everyone, as well as Zelena, will be going back to Storybrooke. ("Mother")

On a mission to destroy magic, Henry leads Violet Morgan to New York City, where he tells her that his father Neal was once on the same quest and never finished it. At the apartment, the teens find an old record for the song "Only You", which is the song they bonded over when they first met in Camelot. They read through Neal's old journal, which provides a lead for them at the Midtown Manhattan library. Henry looks up information about the library on the laptop, but before leaving with Violet, he erases the internet history. When Emma arrives with Regina, she runs a scan on the laptop to recover what Henry attempted to erase. Regina notices the shelf has the book that she once gave to Robin Hood, and she opens it to find an unsent letter that Robin wrote to her, in which he praises her for being the hero that he fell in love with. Conflicted over her darker instincts, she comes clean to Emma about her struggles. Regina explains how being good has made her suffer losses and that she has to live with the evils of her past, or risk giving into darkness again and losing her loved ones. Emma believes she will prevail, but the latter thinks being miserable either way is her fate. ("Only You")

The night before returning to Storybrooke, the heroes and their new ally Jekyll rest up at the apartment. Snow joins Regina on the roof to talk to her about her struggle with darkness. While Regina has resigned herself to a life of being miserable, Snow suggests that she can make a clean break from the Evil Queen. Jekyll, as thanks to the heroes for saving him, gives them the last of a serum meant to separate the good and bad sides of a person. Snow and Emma stay in support of Regina as she injects herself with the serum and confronts the Evil Queen. After mustering her strength, Regina rips out the Queen's heart and crushes it, killing her darker self. ("An Untold Story") 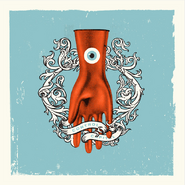 Retrieved from "https://onceuponatime.fandom.com/wiki/Cassidy_Apartment?oldid=943175"
Community content is available under CC-BY-SA unless otherwise noted.