Don't worry, love. A broken knee is nothing on a broken heart. Isn't that right, Swan?

”
—Hook to Merida and Emma

"Broken Heart" is the tenth episode of Season Five of ABC's Once Upon a Time. It was written by Dana Horgan & Tze Chun, and directed by Romeo Tirone. It is the ninety-eighth episode of the series overall, and premiered on November 29, 2015.

In a Camelot flashback, Hook becomes a Dark One and his lust for revenge against Rumplestiltskin is reignited. When Emma and Hook disagree about their best course of action, the final pieces of the puzzle are revealed as events in Camelot catch up to the present and we witness a charged confrontation between the forces of light and dark that sends our heroes on a collision course with destiny. Meanwhile, in Storybrooke, Hook's centuries old lust for revenge against Gold puts both of their fates in jeopardy while Emma's love faces the ultimate test as she tries to convince Hook to turn away from the darkness before she, Mary Margaret, David and Regina embark on a new mission as an unsuspected evil is released.[2]

Regina brings Zelena to the loft, where Robin is cuddling their baby daughter. Regina, whose maternal love for Henry changed her into a better person, has some hope that the same could happen for Zelena with her child. Although Robin is skeptical the three of them can ever be a family, he consents to allowing Zelena to visit and be part of his daughter's life as her mother, as long as either he or Regina is present. Robin then allows Zelena to hold the baby, and as Zelena coos over her daughter, Robin and Regina exchange uncertain looks with each other.

Hook steals parts of Emma's memories so she will forget what his ultimate goal is, before allowing Zelena to put the enchanted cuff on Emma. At some point afterward, he takes all the dreamcatchers from Emma's house shed, hiding them in the clock tower and putting a protection spell on them.

Believing he finally has the means to kill his nemesis, Hook challenges Mr. Gold to a duel to the death on the Jolly Roger. While Excalibur in its complete form can no longer control him, he dares the crocodile to steal the sword from him during the fight, as it is the only weapon that can kill a Dark One.

Belle joins Mr. Gold and their allies at Regina's house to discuss Hook's plans. While Emma believes it makes sense Hook wants revenge on Mr. Gold, she suspects there is more to it than that, though she doesn't know what else because Hook stole some of her memories. Going by Merlin's final message to them about Nimue being their only hope of defeating the Dark One, Mr. Gold suggests the heroes learn as much as they can about her by researching The Dark One Chronicles.

As everyone leaves for the library, Belle notices Mr. Gold is not going with them. He tells Belle that he will face Hook alone, as yet another attempt to prove himself brave after being a coward time after time. He wants to be the man she deserves, but he understands that her continued efforts in not giving up on him isn't the same as wanting to be with him. Mr. Gold vows that if he survives the battle, he will love her in the way he never could before. He asks her to meet him by the wishing well after the duel so he'll know she loves him and wants to be with him.

Emma believes she can help the heroes with her magic, but her friends and family refuse to remove her cuff, believing if she regains magic, she might be influenced by the darkness to do bad things. She is flabbergasted at their lack of trust in her, and only gains a semblance of why when Henry points out the gravity of her own actions in pushing her loved ones away.

Going back to Regina's house, Hook knocks out Merida, who is guarding Emma, before confronting his former love. He cruelly thanks Emma for helping to open his eyes, naming her a pretty blonde distraction, as now he has nothing holding him back from his revenge. Emma insists that the darkness is helping him get his revenge only because it'll help the darkness get what it wants. Hook doesn't care what the darkness does as long as he gets his due. He reasons that Emma should understand him since she was just as selfish, but she justifies her actions were for his sake. To this, Hook alleges that she is a self-sabotager, with her fears of losing her loved ones leading her to push them away, which in turn, will make her the orphan she always has been. Emma, on the brink of tears because of his callous words, asks why he is behaving like this, to which he declares he wants to hurt her like she hurt him.

At the pawnshop, Emma gives Mr. Gold what's left of the squid ink she previously took, asking him to paralyze Hook with it during the duel, so she will have time to retrieve the dreamcatchers Hook stole. Instead, he refuses, deciding to win the fight with honor and no magic.

Before the duel begins, Hook heals Mr. Gold's limp, so there will be a fair fight between them. At one point, Mr. Gold manages to stab Hook through the chest, but since the sword isn't Excalibur, it has no effect on him. Hook slashes Mr. Gold with his hooked hand, and prepares to finish him off, but Mr. Gold loosens a pulley weight on Hook, who drops Excalibur. Mr. Gold grabs the sword and points it at Hook's throat, but instead of killing him, he spares him, wanting the pirate to live with the fact his worst enemy defeated him.

After Mr. Gold wins the fight, Belle meets up with him at the well. While he is ready to put the past behind and eager for a fresh start with her, Belle rejects him. Although her love for him remains, she is unsure whether she wants to mend their relationship.

That night, Hook fulfills the darkness' plan to open a portal to the underworld. With the blood of Mr. Gold, who has been to the underworld and back, he opens the gateway, allowing Nimue and the other previous Dark Ones to arrive in town.

After Merida awakens from the sleeping spell that Hook put her under, she realizes that Emma is tying her up. But Emma says that she will let her go after she remembers the Darkness and Hook's plan, and that the only way to remember it is to return everyone's memories.

On his way to find and get help from his mother, Lancelot sees the curse clouds up in the mountains across the sea. 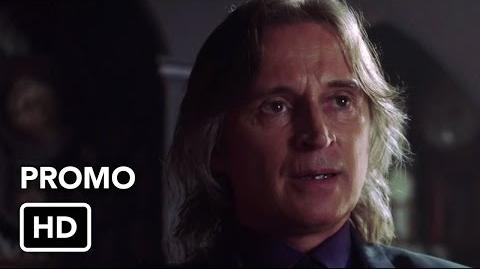 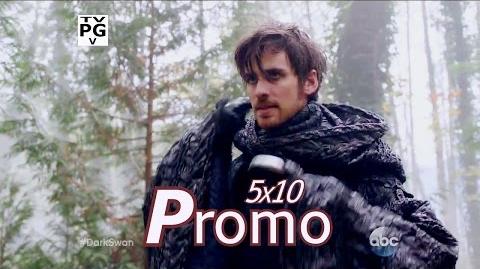 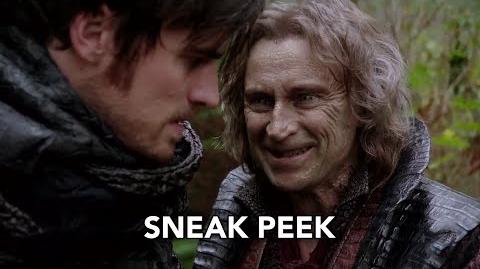 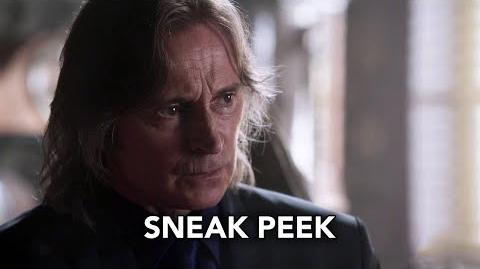 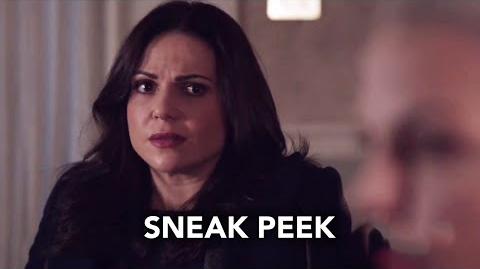