So, how do you do a Hansel hunt? You stake out the lederhosen stores? Dust for gingerbread? Look for breadcrumbs?

"Breadcrumbs" is the sixteenth episode of Season Seven of ABC's Once Upon a Time. It was written by Jane Espenson & Jerome Schwartz, and directed by Ron Underwood. It is the one hundred and forty-ninth episode of the series overall, and premiered on April 6, 2018.

Henry grapples with an important decision when a job prospect in New York threatens to take him away from Jacinda and Lucy, but a revelation in the case of the Candy Killer could make it even harder to leave Hyperion Heights. Meanwhile, Margot confides in Tilly, and in a flashback, Hook helps Henry find a way to prove himself to Ella.[2]

Notes:
1 The following section has been removed: "“It is the flower of Scotland,” she said. “It blooms in the scutcheon of my country. Give me yonder flower.” And he brought the fairest blossom, and pricked his fingers as completely as if it had grown on the sharpest rose bush."
2 The complete sentence reads "Each of the other young gentlemen would willingly have given his own beautiful flower to have worn this one, presented by the fair hand of the Scottish maiden." It was shortened for the show.
3 "[obscured]e is something going on here." is not in the original version.
4 This has been changed from "…now I have at least managed to get one of my people…" to "now I have at least managed to get one of the balls"

The right page contains an excerpt from "The Loveliest Rose in the World".

"Once upon a time there was a dear little
girl who was loved by everyone who looked at her, but
most of all by her grandmother, and there was nothing
that she would not have given to the child. ‘ Once she
gave her a little cap of red velvet, which suited her so
well that she would never wear anything else; so she
was always called ’Little Red-Cap.’" 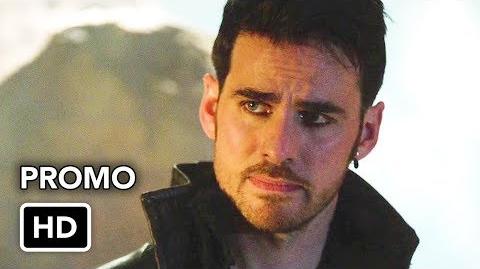