I killed Cora. She sensed my presence and found a way to bleed through into our world.

"Bleeding Through" is the eighteenth episode of Season Three of ABC's Once Upon a Time. It was written by Jane Espenson and Daniel T. Thomsen and directed by Romeo Tirone. It is the sixty-second episode of the series overall, and premiered on April 20, 2014.

After Zelena steals Regina's heart, Regina casts a spell so that she can speak across the realms to her dead mother, Cora, to discover the truth about why she abandoned Zelena, and Belle stumbles across what Zelena's ultimate end game is. Meanwhile, in the Fairy Tale Land that was, young Cora is duped by a man claiming to be a prince and finds herself alone and pregnant. But a chance meeting with a real prince could lead Cora to the royal life she's always craved, but she must keep her pregnancy a secret or risk losing everything.[2]

In front of a mirror, Regina is putting on earrings. The doorbell rings, and she goes to answer. She sees nothing but a basket of green apples. Immediately, Zelena appears behind her. She says it's a gift, because Regina's red apples are "sickly sweet," and that she came to give "sisterly advice." They both then have an argument, and it is revealed that she actually came to make sure Regina was not at the location where she put her heart, which is where she has Mr. Gold go to acquire at the same time Zelena and Regina are speaking. Zelena then disappears.

In the forest, Robin Hood and his Merry Men are told by a remorseful Mr. Gold to give him the heart. When they refuse, he threatens to kill Roland. Robin Hood agrees and gives him the heart. Regina comes onto the scene and understands why Robin Hood gave up the heart. Realizing she herself is still alive, Regina deducts that Zelena is planning something worse and vows to stop her.

Regina is in Gold's shop looking for something to help her defeat Zelena, knocking books off the shelf in the process. Belle runs out from the back room, telling Regina to stop making a mess and then asks what she's looking for. Regina tells her that she needs Belle's help to stop her sister, who currently has her heart. Belle gives her a nervous look but Regina says her heart is enchanted, hence Zelena can't control her. Regina asks Belle what she has in the shop to help her but Belle refuses to give her anything. Belle tells her that she has self-respect, and questions Regina on why she would help a woman who has been so cruel to her. Regina tells her that Zelena has Belle's true love, Rumple, and if Belle doesn't help her then she may never see him again. Belle reluctantly agrees to help Regina and tells her that she has been doing research on Zelena's curse. She asks Regina what is so special about her heart, and why Zelena would want it. Regina says she doesn't know, before asking Belle where "the candle" is. Belle holds up Lumiere's candles but Regina corrects her by saying it's the one that Mary Margaret used to kill her mother. Belle opens up a drawer and takes it out, but tells her it doesn't have any power anymore. Regina tells her that this isn't about how her mother died but about how she lived.

In the Enchanted Forest, young Cora works in a tavern to support herself. One of the customers, Jonathan, is a mysterious man who claims he's a prince and seduces Cora by asking her hand in marriage. After giving Cora a straw ring, he promises a real gold one upon his return in two months. Cora agrees, but not before escorting him to his room; where it is implied off-screen that they consummated the "marriage". Two months later, Cora is standing by the crossroads waiting for Jonathan's return. Finally, after some searching, she finds him under a pavilion on the royal estate, but to her shock, she discovers he is not a prince, but only a gardener. Jonathan admits he's not a prince and never wanted to marry her. As he attempts to walk off, Cora demands that he give financial support for his unborn child whom she is pregnant with. She desires enough money for both herself and the child so they can live well, and warns him of the consequences should the prince he is employed under find out that he is treating her this way.

At Regina's house, Snow apologizes to Regina for killing Cora. Regina tries to understand why Cora gave up Zelena. Just as they are speaking, they hear a noise upstairs and they find a young Cora spinning in spirit in one of the rooms. At Grannys, Emma is trying to practice her magic and successfully makes a mug of hot chocolate disappear. She gloats to Hook at her success and makes his hook disappear. Hook doesn't think it's funny. Belle rushes into Grannys and reveals that she figured out what Zelena's plans are. At Zelena's house, she dresses Gold in suit and reveals to him that she's going to change the past. And she wants to take Snow's baby. Back at Regina's house, young Cora is trying to kill Snow because she senses that Snow killed her. Regina holds Cora back.

In the enchanted forest, young Cora is admiring her ring from Prince Leopold. Jonathan finds her, and threatens to reveal that she is with his child unless she gives him gold and anything she can get her hands on. Princess Eva overhears their conversation.

The spirit of Cora crashes into Mary Margaret's body, revealing her past; Princess Eva told Prince Leopold about her rendezvous with Jonathan that she was lying to him. He finds the jewels she stole to give to Jonathan so her secret would remain a secret. The guards take Cora away and Princess Eva offers to be a good wife to Prince Leopold and they can have a child as pure as snow.

Regina is able to remove Cora from Mary Margaret's body just as David, Emma and Belle burst through the door. They figure out that Zelena is after their baby to time travel.

In the forest, Cora is seen giving birth to Zelena and then giving her up. She then confesses to Zelena that this is the only way she can have a better chance. A cyclone is seen swirling in the sky.

Back at Zelena's house, Gold admits he made a mistake of wronging Zelena after hearing she can bring him back to find Neal. He tries to steal his dagger back but Zelena catches on and sends him back to his cage.

Regina and Mary Margaret make amends about their past. Mary Margaret convinces Regina that she can have a happy ending. Regina walks into the forest to find Robin Hood, where he is again apologetic for losing her heart. Without a word, she kisses him. 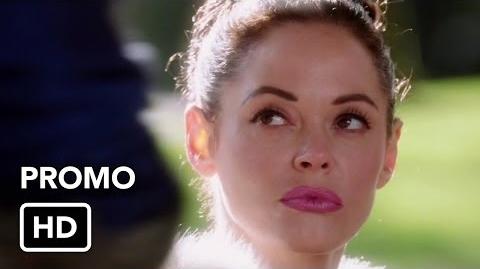 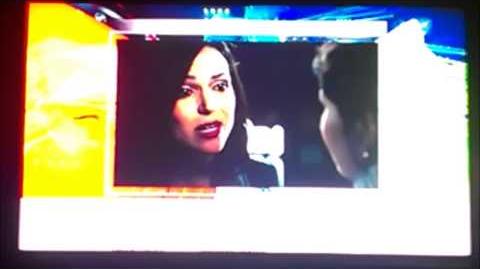 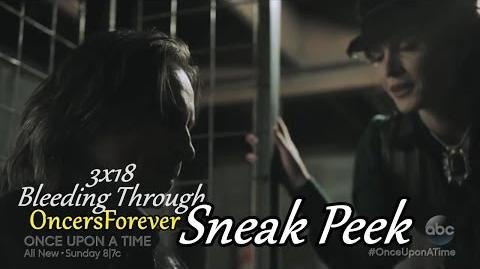 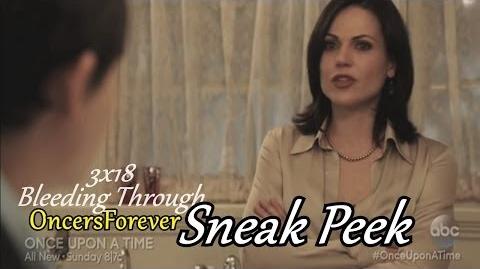