"Down the Rabbit Hole"

Most people tend to avoid asylums. They worry there might be something... contagious in the air.

Bethlem Asylum, also known as Bethlem Royal Hospital,[1] is a Victorian England location featured on ABC's Once Upon a Time in Wonderland. It first appears in the first episode.

Bethlem Asylum is inspired by the real life Bethlem Royal Hospital in London.

This article or section needs more history!
You can help out the Once Upon a Time Wiki by updating or adding to the history of this subject. If you need any help, please see our policies.

I hereby consent to the special procedure outlined to me by
Dr. Arthur Lydgate. Under the Lunacy Act and County
Asylums Act of 1845, I understand that Dr. Arthur Lydgate has the
authority to detain me until such a time that I exhibit recuperative
progress as to be indicative of a cessation of the symptoms of mania,
lunacy, idiocy and other unsoundness of mind or moral turpitude.


Dr. Arthur Lydgate will submit an assessment to the
Commission and the Home Secretary's Office. It is under their
ultimate authority that I will determine my eventual release. The
Lunacy Commission will restrict my access to the courts of law, so that
I may not challenge the legality of my sequestration or care.


By signing below, I hereby indicate that I understand the
legal stipulations outlined in the above.

1"Intrapsychic ataxia" is a term invented by Austrian psychiatrist Erwin Stransky (1877 – 1962) and refers to functional disharmony among various parts of the psyche.[8]

FROM
THE LABORATORY OF
Westlake & Son
CHEMISTS
Plymouth, England
("Who's Alice") 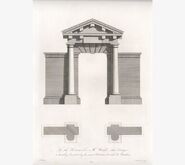 Retrieved from "https://onceuponatime.fandom.com/wiki/Bethlem_Asylum?oldid=947302"
Community content is available under CC-BY-SA unless otherwise noted.