View source
watch 01:08
Episode Recap: A Pirate's Life
Do you like this video?
Play Sound

"A Pirate's Life" is the second episode of Season Seven of ABC's Once Upon a Time. It was written by Jane Espenson & Jerome Schwartz, and directed by Tara Nicole Weyr. It is the one hundred and thirty-fifth episode of the series overall, and premiered on October 13, 2017.

When Henry finds himself in trouble, he calls upon his Storybrooke family for help, and together they set off on a mission to find Cinderella. Along the way, Hook is confronted by an unexpected foe who threatens the group's success. In Hyperion Heights, Jacinda searches for a way to see Lucy with some unwelcome assistance from Henry, while Victoria Belfrey enlists the help of Gold and Weaver to push Henry out of the neighborhood.[2]

Hook and Henry practice sword fighting aboard the Jolly Roger at the Storybrooke docks. While Henry initially wins, when he is distracted by Emma, Killian disarms him, after which he gets discouraged and walks away. Captain Hook and Emma discuss that Henry will likely leave him, and though Emma is worried, Hook shows her a bottle he will give Henry so that he can send messages for help if need be.

Years later, Henry rides a white horse through a forest, looking for Cinderella. He encounters Cinderella's stepmother and two castle guards. Before they take him prisoner, he manages to send a message for help through the bottle given to him by Captain Hook. Lady Tremaine wants to know where the glass slipper is, but Henry refuses to tell her where he has hid it.

In Hyperion Heights, Rogers confronts Henry about the novel he had written, as well as the illustration of a blonde woman. As the former leaves, Henry questions the officer about the location of where his family might be buried and Rogers tells him he will try to help.

Meanwhile, at Belfrey Towers, Jacinda Vidrio asks her stepsister, Ivy Belfrey about a ticket for Lucy's ballet recital. Unbeknownst to her, Victoria decided to turn the ballet recital into a charity event for disadvantaged children and the price for the tickets is just out of reach for Jacinda. The later confronts her stepmother, but Victoria declines her offer for a second chance.

In the New Enchanted Forest, Lady Tremaine orders her daughter Drizella to get the information out of him, but before she can torture him, Regina and Killian appear to save him - sans Emma. Killian tells Henry she is fighting tiny dragons, which we find out is a lie when Regina confronts him about it out of Henry's earshot.

Rogers' arrives at the station to find Weaver leaning against his car. The older man scolds the detective for being late before throwing his car keys at him and instructing him to get in. At Roni's, Jacinda and Sabine discuss possible job opportunities in order to raise enough cash to attend Lucy's ballet recital. During this, Henry walks in and apologizes for yesterdays events. He offers the woman money to attend the recital, but Jacinda declines and walks out of the bar. With Rogers promoted to detective as Weaver's partner, Victoria Belfrey wants them to get 'dirt' on Henry to get him out of Jacinda and Lucy's life.

Killian decides to go to the port to look for Cinderella there, where he is confronted by his alternate self from the Wish Realm, who bests him in a fight and goes to Lady Tremaine to be turned into a younger version of himself, so he can take Killian's place and have True Love with Emma. In exchange, he tries to convince Henry to come home. But when Emma appears and announces she is pregnant, alternate Killian feels guilty and goes back to get the primary Captain Hook from where he was left in a cart. Unfortunately primary Killian thinks that his alternate self has come to finish him off, and stabs alternate Captain Hook. When he discovers that his alternate self had come to make things right, he somehow summons Emma to save him. Meanwhile he learns that alternate Captain Hook is searching for his long-lost daughter who was trapped by a witch.

Jacinda is trying to attend Lucy's ballet recital, which Victoria Belfry has turned into a charity event with prohibitively expensive tickets. Jacinda tries to find extra work, and Henry has arranged a catering job that she can do at the ballet recital so that she can see Lucy perform.

Weaver and Rogers plan to frame Henry for stealing Victoria Belfry's bracelet at the event, but Rogers decides at the last minute not to frame Henry. He thinks he will lose his job for this but Weaver tells him that he likes Rogers' "moral core."

In Roni's bar later, Rogers tells Henry about a woman who helped him survive a gunshot wound until an ambulance could arrive, while he was searching for a missing girl. He thinks someone powerful must want that girl to not be found, and that powerful person might be Victoria Belfry. He invites Henry and Roni to help him bring her down.

The pirate who will bring you this note has
informed that you've been looking for
me. Worse, he tells me that you've me [sic] of
my glass shoes, and have taken it as a
sign of affection. It pains me to tell you
that you've misunderstood. Please call off
your pursuit and know that I'm well and
require no rescuing.

I wish you well in your future adventures. 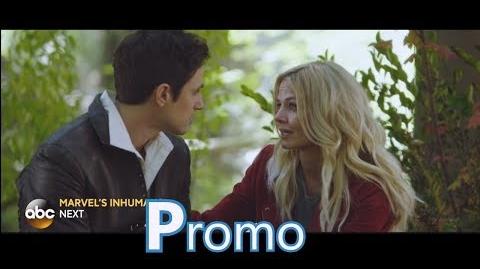 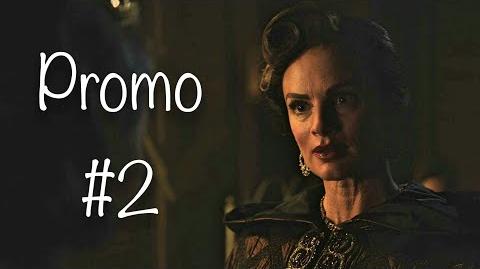 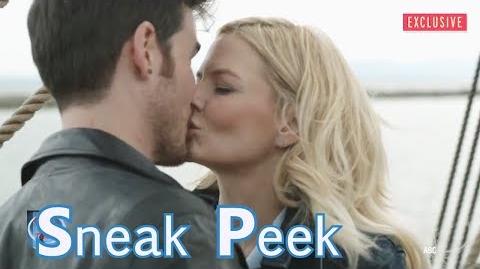 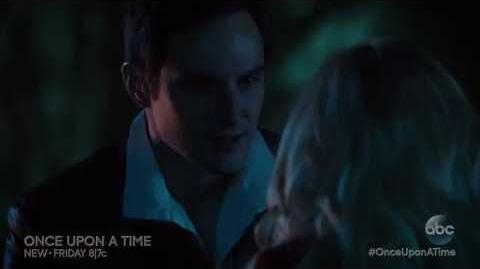 Emma Heals Wish Realm Hook - Once Upon A Time