The venom of the Agrabahn Viper. A bitter draught; slow and painful.

”
—The Evil Queen to the Count of Monte Cristo

"A Bitter Draught" is the second episode of Season Six of ABC's Once Upon a Time. It was written by Andrew Chambliss & Dana Horgan, and directed by Ron Underwood. It is the one hundred and thirteenth episode of the series overall, and premiered on October 2, 2016.

When a mysterious man from the Land of Untold Stories, who has a past with the Evil Queen, arrives in Storybrooke, David and Snow work together with Regina to neutralize the threat. Belle seeks Hook’s help finding a safe place to hide away from her husband, Mr. Gold. The Evil Queen continues to try to win Zelena over to her side, while Emma resumes her therapy sessions with Archie and shares her terrifying vision of the future.[2]

In the Storybrooke Graveyard, late at night, the Evil Queen and Zelena approach the Mills Mausoleum. Upon realizing their destination, Zelena stops the Queen, telling her she can't let her into the vault. The Queen replies that if Regina didn't want her to help herself to some ingredients, she wouldn't have sealed the vault with Blood Magic.

Inside, Zelena asks how the Evil Queen how she knows she won't tell Regina about their activities. The Queen laughs and replies that if she was going to, she already would have. Zelena asks why she needs magic, and the Queen replies that she used everything the Dragon had to get to town. Zelena asks what happened to him, and the Queen informs her that he should have know better than to get in her way. Zelena comments that it's good advice for everyone, and the Queen observes that she's worried she'll hurt Regina. She tells Zelena to "relax", that she intends to teach Regina a lesson; "that she can never escape who she really is". Zelena asks what she gets out of it, and the Queen responds, "A sister who appreciates all of your delightfully malevolent qualities. A sister like you." She teleports away.

The next morning, Regina and Henry Mills, carrying his storybook, approach Granny's Diner. Henry asks his mother if she's "ready", and she replies that everyone listened to her before, when she was the Evil Queen, and she is going to show that she's "just as strong without her". Henry hands her the storybook, dubbing their mission "Operation Cobra: Part Two", and that Regina is the hero this time. Inside, David Nolan, Snow White, Emma Swan, Hook and Granny are trying to help the new arrivals from the Land of Untold Stories. David points them to room keys, clothing, and food, sounding stressed. Regina and Henry enter, Hook remarking to her that "it's about time. The rabble are getting restless." Regina drops the storybook on the counter, quieting the room. She introduces herself to the crowd as Mayor, and welcomes them to Storybooke. Holding up the storybook, she remarks that the new arrivals fled to the Land of Untold Stories out of fear that whatever was in the book would play out, and that now they are in Storybrooke, they are afraid it will. She tells the crowd that she's just like them; getting a fresh start, and not knowing what the future holds. She tells them that they don't have to be afraid, because "whatever comes next, we are going to face it together". The crowd applauds as Belle enters. She begins to ask a question when Emma interrupts, expressing shock that she's there, and awake. Belle announces that she's looking for a place to stay. Hook asks about Mr. Gold, and Belle explains that they are not together, and she thought Granny might have a room. Emma tells her that they can find her something better than a room at Granny's, and Hook agrees, saying he knows "just the place". He invites Emma along to show Belle, and Emma declines, saying she has an appointment with Archie Hopper. Hook tells her he's impressed, since being vulnerable is not easy for her. Emma agrees, saying they've been through a lot and it might help to talk about it. He tells her he's glad, and escorts Belle out of the diner as another new arrival walks in. Henry speaks to him, asking him who he is. The young man responds with confusion, and Henry asks for his name, explaining that if he can find him in the book, they can try to figure out how to continue his story. The stranger tells Henry he's not important enough to have his own story. Henry starts flipping through the book, but when he looks up, the young man is gone. Looking down at the counter, a small envelope, stamped with the stylized initials "CM", has been left behind.

In the past, at the Wilmore Estate in 19th Century France, a party is in full swing. A butler rings a bell and musicians stop, and the butler announces the party's host: the Count of Monte Cristo. The Count welcomes his guests, thanking them for joining him. Baron Danglars tells the Count the guests should be thanking him for hosting the party. The Count replies that the evening would not be possible if not for the Baron. He toasts the Baron and the crowd follows. Confused, the Baron questions the Count, who in turn asks the Baron how he doesn't recognize him, pointing out the prominent scar above his eye. The Baron then recognizes him, naming him as Edmond Dantes. He further points out that Edmond Dantes is in prison, and the Baron put him there. The Count agrees, recounting that the Baron also burned down his home, spent his family's fortune, and murdered his fiancée. As the Baron stands dumbstruck, the Count goes on to explain that he escaped from prison and has spent more than ten years rebuilding his fortune, all for "one reason". He draws his sword, quickly cutting away the Baron's sword-belt, grabs him, and holds the tip of his sword poised at this throat as he interrogates him. He demands to know who helped the Baron destroy his life. The Baron tells the Count to kill him, that he won't find justice. As the Count runs the Baron through, he replies that he is after something "much more satisfying": revenge.

The crowd of partygoers flees the room as the Count sheathes his sword with a sigh. The Evil Queen, seated in a chair, applauds, commenting that there is "nothing like the first kill". The Count asks her who she is. The Queen comments that she is a fan of his work, asking if he really spent a decade setting up the party's events. The Count replies that it went by in the blink of an eye, and the Queen admires his commitment. She comments that it's a "pity" the Baron didn't give any names, pondering how long it will take the Count to find his next victim. The Count replies that he would spend the rest of his life avenging his love, and the Queen comments that he might not have to, showing him a scroll. She tells him that it contains the names of those who have wrong him, and the Count asks what she wants in return. The Queen responds that she wants help getting some revenge of her own.

In modern Storybrooke, outside the Diner, Henry gives the mysterious envelope, addressed to Snow White and Prince Charming, to David and Mary Margaret. Henry explains that the man just vanished, and wonders if he might be the Invisible Man, or Dracula. Mary Margaret recognizes the note as being from the Count of Monte Cristo. Granny comments that she's not a fan of the sandwich, and David explains that Monte Cristo is a place, and it's Count has "quite a reputation". He asks his wife why the Count would want to meet with them, and Regina, standing in the Diner's doorway, explains that Count wants them dead, and she hired him to do it.

*Note: Only in archive footage. 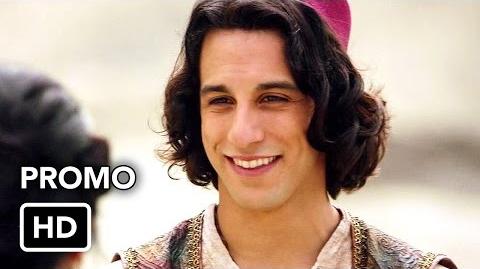 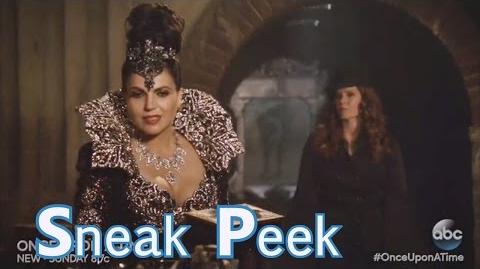 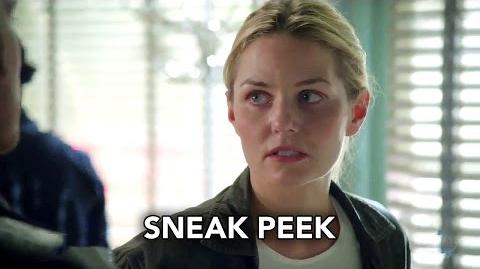 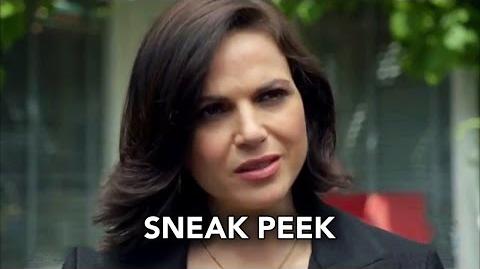 Is the Darkness Awakening in Regina? - Once Upon A Time

The Evil Queen Thanks Zelena - Once Upon A Time

Is Regina Emma's Hooded Killer? - Once Upon A Time

Start a Discussion Discussions about A Bitter Draught