Mary Margaret and David continue to grapple with their unrequited love, and Emma and Regina grow suspicious over a mysterious new stranger in town. Meanwhile, in the fairytale land that was, Snow White yearns to ease her breaking heart as Prince Charming's wedding to King Midas' daughter approaches.[1]

In Storybrooke, the recently arrived stranger is being questioned by Henry Mills. Regina Mills sees them and runs over, upset.

At Emma Swan and Mary Margaret Blanchard's loft, Mary Margaret has overslept. She rushes to get to school by 7:15 A.M., to help her students with a science project. She is actually rushing to Granny's Diner, to run into David Nolan.

David enters and the two chat for a minute then he leaves. Emma then enters and asks her what is going on. Mary Margaret admits that she cannot get David out of her head and that she has been coming here every day at 7:15 A.M. to see him. She can't help it and wishes that there was a way to cure her feelings.

In the Enchanted Forest, Snow White is hunting near the forest when Red Riding Hood arrives up with food and news. She tells Snow White that Prince Charming is to marry King Midas' daughter in two days' time. Snow White admits that she came out into the woods to help her forget him, but that she has done nothing, but think about him. She wishes that there was a way to forget him. Red tells her there might be a way, and she has heard rumors of a man that can help.

Snow White journeys to a lake to visit the mysterious man, who is revealed to be Rumplestiltskin. He uses water from the lake and hair plucked from Snow White's head to fashion her a potion. He tells her the potion will make her forget Prince Charming entirely. When Snow White asks his price, all he wants are the strands of her hair, which he had already taken, but not used in the making of the potion.

Back in Storybrooke, Mary Margaret is shopping for supplies for an impending storm when she bumps into Kathryn Nolan, who drops a pregnancy test. After Kathryn walks away, Regina appears and tells Mary Margaret that it is the couple's personal business and to keep it quiet.

In the Enchanted Forest, Prince Charming speaks with King George, who tells him that he knows that Charming is in love with someone else and wants him to end it. Prince Charming is not happy with this, and as a result he uses a dove to send a letter to Snow White, revealing his love for her and requesting that she meet him. He writes her that, if she does not come, he will know it means she does not care for him.

In Storybrooke, while walking through the woods, Mary Margaret sees a trapped dove. She takes it to the animal shelter, where she runs into David. The veterinarian, Dr. Thatcher, tells her that the bird is fine; however, the other doves of its kind are migrating and that these doves mate for life. If not reunited with its flock it has a chance of being left behind. If this happens and the dove is left alone, she will be alone and miserable for the rest of her life. Mary Margaret is upset by this and goes out into the woods before the storm arrives to try to find the other doves, despite David warning her not to.

In the Enchanted Forest, Snow White receives and reads Prince Charming's letter. Realizing Prince Charming's feelings for her, Snow White prepares to sneak into King George's castle by pretending to bring a basket of flowers for the upcoming wedding. After making her way into the very room that Prince Charming is in, and just as she notices him, but before he sees her, a guard catches Snow White. She is imprisoned in the castle dungeon. While imprisoned, she meets Grumpy, who tells her about his lost love. He tried to get her a diamond, but it turned out to be stolen and now he has been arrested. Stealthy, another of the dwarves, breaks in and frees Grumpy and Snow White. While escaping the castle, however, Stealthy is killed by King George's men and Snow exchanges her freedom for Grumpy's life.

In Storybrooke, Mary Margaret brings the dove into the woods, attempting to find its flock. Finding that the road she is traveling on is blocked off, she continues on foot. As she sets the dove down, a loud crash of thunder scares Mary Margaret and she slips off a cliff, nearly falling to her death and forcing her to hang on for dear life. David shows up and saves her just in time. The storm then hits, and David and Mary take shelter in a nearby cabin.

The two express their feelings, each revealing their reasons for going to Granny's at 7:15 A.M. Just as they are about to kiss, Mary Margaret asks how David can do this when Kathryn is pregnant. David, however, is surprised by this information. At that moment, the storm breaks, and Mary Margaret goes to release the dove, with David chasing after her. He tells her that he feels like he has two different lives: one with her and one with Kathryn. He claims that the one with Mary Margaret is the only one that feels real.

Regina asks Emma to find out about the mysterious stranger and what he is doing in town. Emma finds him at the diner and questions him about the box he carries around. He tells her that he could keep the contents of the box a secret, and that not knowing and wondering would drive her crazy. He then tells her that he will show her what is in the box if she agrees to a drink. He opens the box to reveal an old type writer and claims that he is a writer. He leaves, and Emma asks about the drink, to which he replies "sometime."

In the Enchanted Forest, Snow White is brought before King George, who reveals that he knows about the letter Prince Charming sent her since Snow White dropped it when she was captured. He tells Snow White that love is a disease and demands that she tell Prince Charming that she does not love him. If she refuses, he will kill Prince Charming, not her. She asks how he could to do that to his own son, and George responds tells her that he is not his son.

Snow White goes and tells Prince Charming that she is not in love with him. Prince Charming is visibly upset, and Snow White leaves. While walking back into the woods, she is joined by the remaining dwarves. Grumpy tells her that with Stealthy dead, they have all lost someone today. Snow White takes out the potion given her by Rumplestiltskin, but Grumpy convinces her not to take it. He tells her that suffering makes one who they are.

In Storybrooke, David and Kathryn discuss their relationship. Kathryn tells David that she is not pregnant and is relieved. She asks him if he is willing to go to therapy with Dr. Hopper and David agrees. He decides to skip getting coffee at the diner and instead stays and has breakfast with Kathryn. Mary Margaret is visibly depressed as she is eating breakfast and looks at the clock, it is nearing 7:15 A.M. She does not go to the diner either.

In the Enchanted Forest, Prince Charming is looking for Snow White in the woods. He runs into Red Riding Hood and asks her where Snow White is. Red tells him that she has gone. Prince Charming tells Red that he will find Snow White. At the home of the seven dwarves, Grumpy is overjoyed when he learns about the impending marriage between Princess Abigail and Prince Charming being called off. He rushes to Snow White's room to tell her the good news. After he informs her, Snow White cheerfully asks him who he is talking about. Shocked, Grumpy gazes at the bedside table. On it is an empty vial that once held the potion made by Rumplestiltskin. 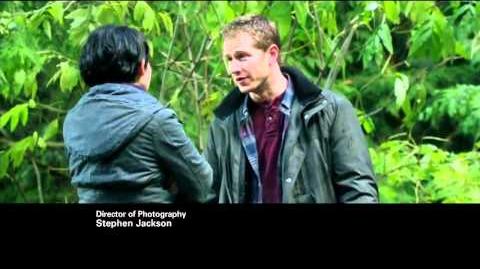 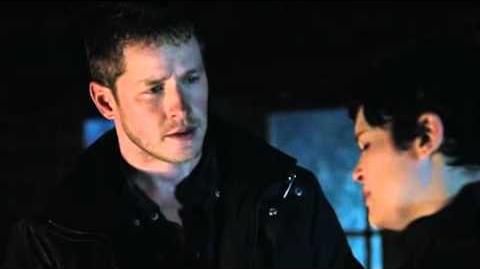 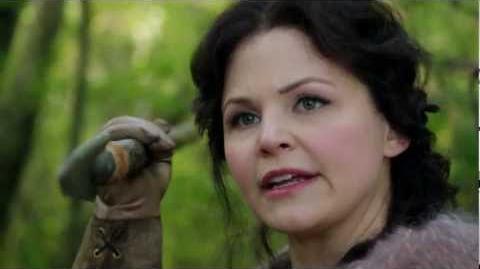 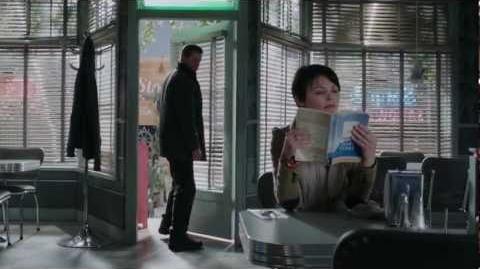 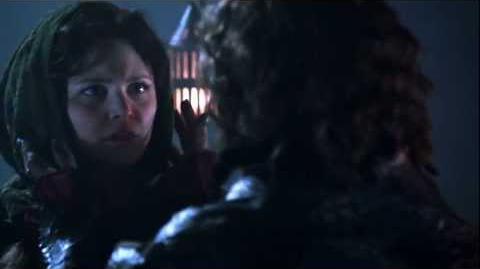 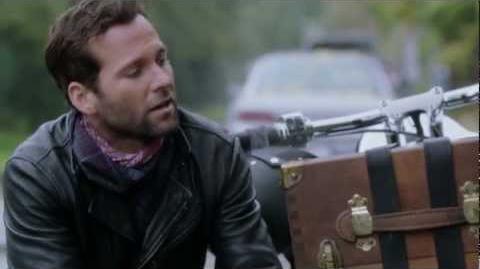