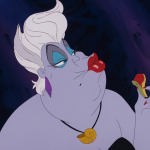 I haven’t been on this wiki in a while, when did it get a posts and chat features? :)

Should magic like Pyrokinesis and Phytokinesis be included in an Elemental Magic page? Also should there be an Electrokinesis page (whenever Emma used magic in the land without magic it was typically electricity)?

This isn't really a big deal, but what do people think of adding a "Pet" section under "relatives", in the infobox. It just feels weird to me, to place character's pets, in the relatives section to me. What are other peoples thoughts?

With the show over, it's been harder to get consensuses for articles on the wiki. We have a lot of needed consensuses, most listed here. We have moved the rule from 5 to make a consensus to 3, but getting these are still difficult.

If anyone has any ideas of how to improve this system, the staff is open to hearing it. Also, please check this list and help out some of these! :-)

I suggest we create a page for "Memory Manipulation". Memories play a large role in the course of the show. We have seen many means of taking and giving memories, including the Dark Curse, Dreamcatchers, Memory Potions, Forget Me Knot?, the River Lethe, Memory Crystals, Rock Troll Memory Magic, witchcraft (such as the memory spell in Cora's book and Cora restoring Regina and Zelena's memories in "Sisters"), etc.

Memory Manipulation is already a subheading in the generic uses of magic page, but because of the extensive use and different means of doing so, I think a page in which it is all categoried together, is a good idea. What are everyone else's thoughts?

As you might have noticed, the wiki navigation's character section currently has Regina in the third position, with Emma and Mary Margaret having the first two positions respectively.

However, as you also might have noticed the story of the show gradually shifted its focus to Regina, and it ended up being Regina's story, so I feel like the show's lead character (arguably) should have the first position.

I suggest we change Regina's and Lana's position from third to first on their respective sections.

What are your thoughts?

Hi everyone! There has been a discussion about changing the wiki's favicon (the little icon that appears in tabs). We currently have an apple, but it's a little blurry. We have a few options for what to do. One of them is to change it to a better image of an apple, one in higher quality. Another option is to change it to the O of Once Upon a Time. Here is what they would look like:

And of course, we could always keep it the same.

Hello all! Currently, we are utilizing a "See Also" section to list pages related to articles. I think it would be a good idea to have a "Possessions" section for characters that need it, and use the "See Also" for other related pages. I think a table would be a good way to give a brief visual. This wouldn't need to be done on all pages, of course, but several characters have multiple possessions.

Certain characters, items and locations have only made one appearance in the series, so what do people think about creating a new category ("Single Appearance"?) for them?

As most of you know, we use capital letters for names of every single article on this wiki, including the ones which aren't even proper nouns, like Chipped Cup, Swan House, Sorcerer's Hat, Bridge Trolls, Arendelle Castle, Apprentice's Wand, Locator Spells, Edwin's House, Magic Globe, Idyllic Garden, Jefferson's Mansion etc. As far as I know, it's been like this from the beginning, but I think we need to re-evaluate this.

Personally, I think we should only use capital letters for names which actually warrant them. Proper nouns should always be capitalized, of course (that includes episode names), as should names which are capitalized by the show itself (like Tiana's Palace) or press releases (which capitalize the names of every credited character, even the ones who have no proper noun in their names, such as Blind Witch or Armed Escort) other material (for example, the Mome Rath and other creatures from Alice's Adventures in Wonderland are capitalized in Lewis Carroll's novel, so I've used capital letters whenever they're mentioned in our articles). Names which have a proper noun feel/ring to them, such as the Curse of the Poisoned Heart and the Forbidden Mountain, should also be capitalized, in my opinion.

But otherwise, I think capital letters look unnecessary, like we're trying to create some importance which does not even exist. It also causes a problem during editing, because when we wish to write grammatically correct paragraphs within the articles themselves, we have to make a redirect for article names which aren't proper nouns, but which are capitalized for the article names (for example, we have to write [[Magic Globe|magic globe]], [[Arendelle Castle|Arendelle castle]], etc.

This has been bugging me for ages, so in order to settle this once and for all, I'm putting it to a vote. Do you think we should stop capitalizing every article name and only do that with the ones that actually warrant it according to orthography and source material, or do you think we should continue with the old way. Feel free to speak out; you don't have to agree with me just because I don't like it :-) The most important thing is that we settle this; the official result will be added to the rules.

The majority of characters within the series are based on someone, but because there are are a certain number who are neither, based on, allusions, or take place of pre-existing characters, I think we should create a category entitled "Original Characters". What are everyone else's thoughts? The characters fitting in this category would include:

As of now, the only videos we post are promos, teasrers, trailers and official interviews. Since ABC are the official distributors for the show, they've posted clips on their YouTube Channel. There is no issue with copyright because they come from the source of the show, so I think they should be added to the wiki too. What are everyone else's thoughts?

(edited by Lola987)
obviously the second star to the right must be a portal... but it is not listed on this page
(edited by administrators)
World-crossing

For some characters that ever exist in these four worlds - the Dark Realm, the Land of Untold Stories, Neverland and the Underworld, their origins in their infoboxes might need to be adjusted, in the sense that:

The children and the nurses in the 'Dark Realm' are kidnapped by the Black Fairy from the other worlds.

Poole and other minor characters in the 'Land of Untold Stories' might come from other worlds of storytelling where they each uses a special key to cross to this world.

Devin and other Lost Boys in 'Neverland' are fetched by Peter Pan from the Enchanted Forest.

All the minor characters in the 'Underworld' are deceased souls that each comes from his/her living world where he/she lives before being dead.

I hope to receive opinions from anyone here. Thanks a lot.

How can I upload photos now that Netflix disabled the screenshot option. Everytime I screenshot a Netflix screen, it's black in the gallery. How to add more episode stills?

(edited by The Great Sorcerer)

On the characters of Snow, Emma, Henry, David and Zelena, they have all been listed as being portrayed by "Special Guest Star" , as that's what they were for the last season (for Henry, Im refering to Jared Gilmore). I think this should be reconsidered, because, they, for have been "starring members" longer than they were "special guest stars". What are the opinions of others?

I think we should add a section to the bottom of the staff page where it says something like "Thank you to the former staff for their contributions", and shows their avatars and names.

Not to bring up an old can of worms here but there was a debate over how many episodes the series ended with.

While it is true the series ended with 155 shows, that was only in broadcast. In the series' exit interview (made when the cancellation was first announced), Adam and Eddy stated they signed off on a final tally of 156 episodes, with 12 overall episodes left in the broadcast, which was supported by ABC via the home media releases carrying the total season episodes on the back covers, which checks out with Adam's 'math equation' he tweeted in response to someone's question about how they were getting 156 out of 155 and if 7 had an additional episode added to its' tally to get that count or beyond it: 5 22 episode seasons (1, 2, 3, 6, 7) and 2 23 episode seasons (4, 5), in contrast to the expectation it would be 6 22 episode seasons (1, 2, 3, 4, 6, 7) and 1 23 (5) episode season.

When asked if Smash the Mirror was considered one episode when it aired making 4 with 22, Adam responded, almost as if he was sick of explaining it again, that the episode did air in a 2-hour window, but for the purpose of the total season and episode counts, was logged as 2 seperate episodes even though it aired in one sit-through, using a screencap of the series' season 4 Netflix feed to prove it (even though it compromised the designation of 'Souls of the Departed' as the 100th episode and 'Chosen' as the 150th episode, something Adam was aware of, because in response to a fan on Twitter, he tweeted 'It's all stematics anyway, but for all intents and purposes, Souls is considered the 100th episode').

While it's true the Wiki only concerns itself with how the series was BROADCAST (155), I feel that the 156-episode tally should be acknowledged in some fashion.

(edited by Matthewdoyle93)
Once Upon a Time

As most of you probably know by now: For a long period of time on this wiki, I was subjected to to things no person should ever have to endure, in the form of harassment, taunts, threats and online bullying. One of the perpetrators was a former admin and bureaucrat; not only was he a bully, he repeatedly let others get away with bullying and harassment, because they were his friends. All of this has made me think: Our rules about user conduct are not good enough. We do need something to make harassment and abuse of power more difficult to get away with.

This is a suggestion for a new set of rules. They are more detailed and more specific, with specific examples. They also elaborate on the responsibilities of an admin/bureaucrat and clearly state what they are not allowed to do. I've added comments to some of them, set in cursive.

What do you think?

I don't know if this subject was talked before or not (which I'm sure it was), but let's see what others think.

If I'm getting this right, there is difference between creatures and species.

- Creature means a non-human being

So, what I suggest is to simply consider the species as species, and consider the creatures as creatures, instead of writing "Creature Species" in the infobox, which does not exist (Seriously though, what is "creature-species" anyway xD)

If you have any doubts of how we will organize this, we can simply get help from the words themselves. So "Fairies" have -s in it, so they're certainly species. While on other hand, "The Siren" is only one (as far as we know), so she's a creature.

If you have any doubts of what is what, simply comment down below so that we can all decide it with agreement.

(To see the full "creatures", go to a creature page and check the table down below, or simply go to the List of Creatures page.) 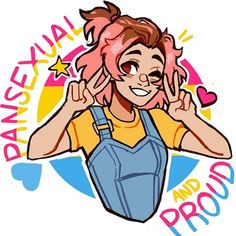 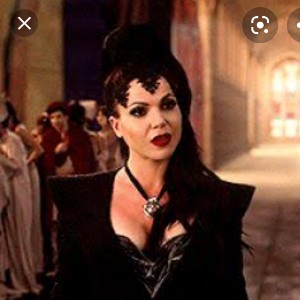 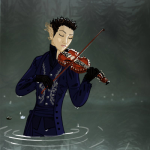 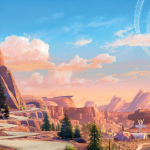 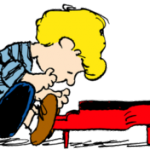 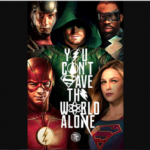 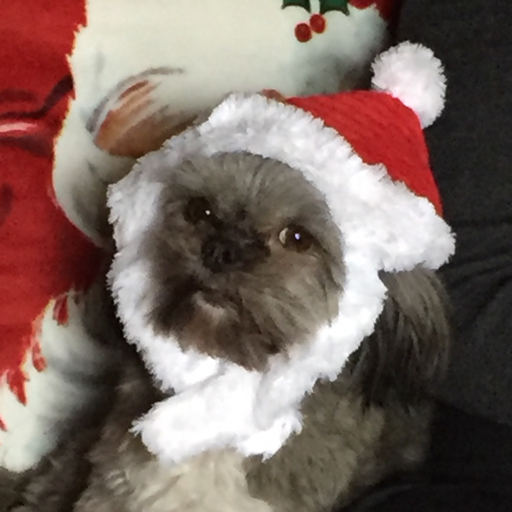 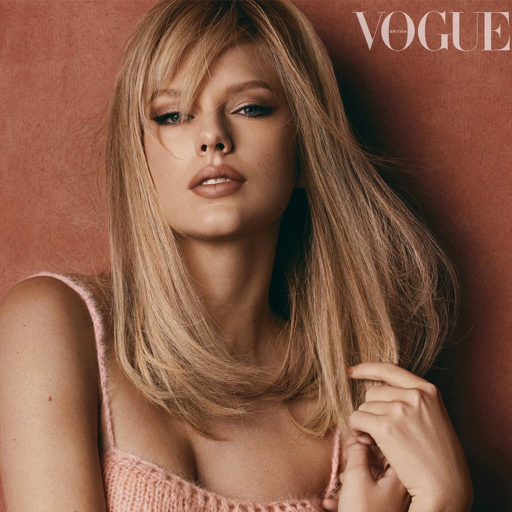 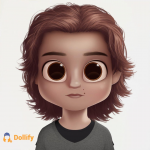 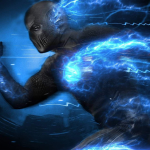 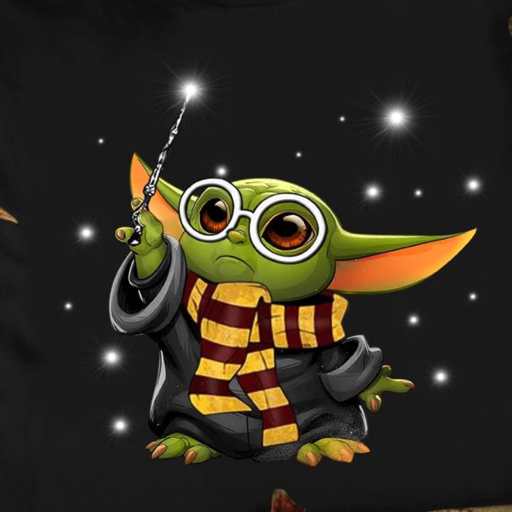 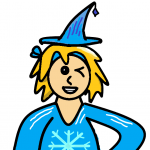 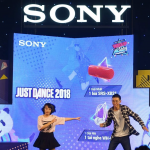 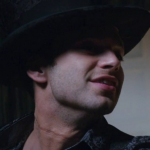 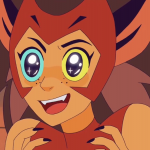 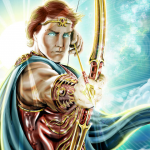